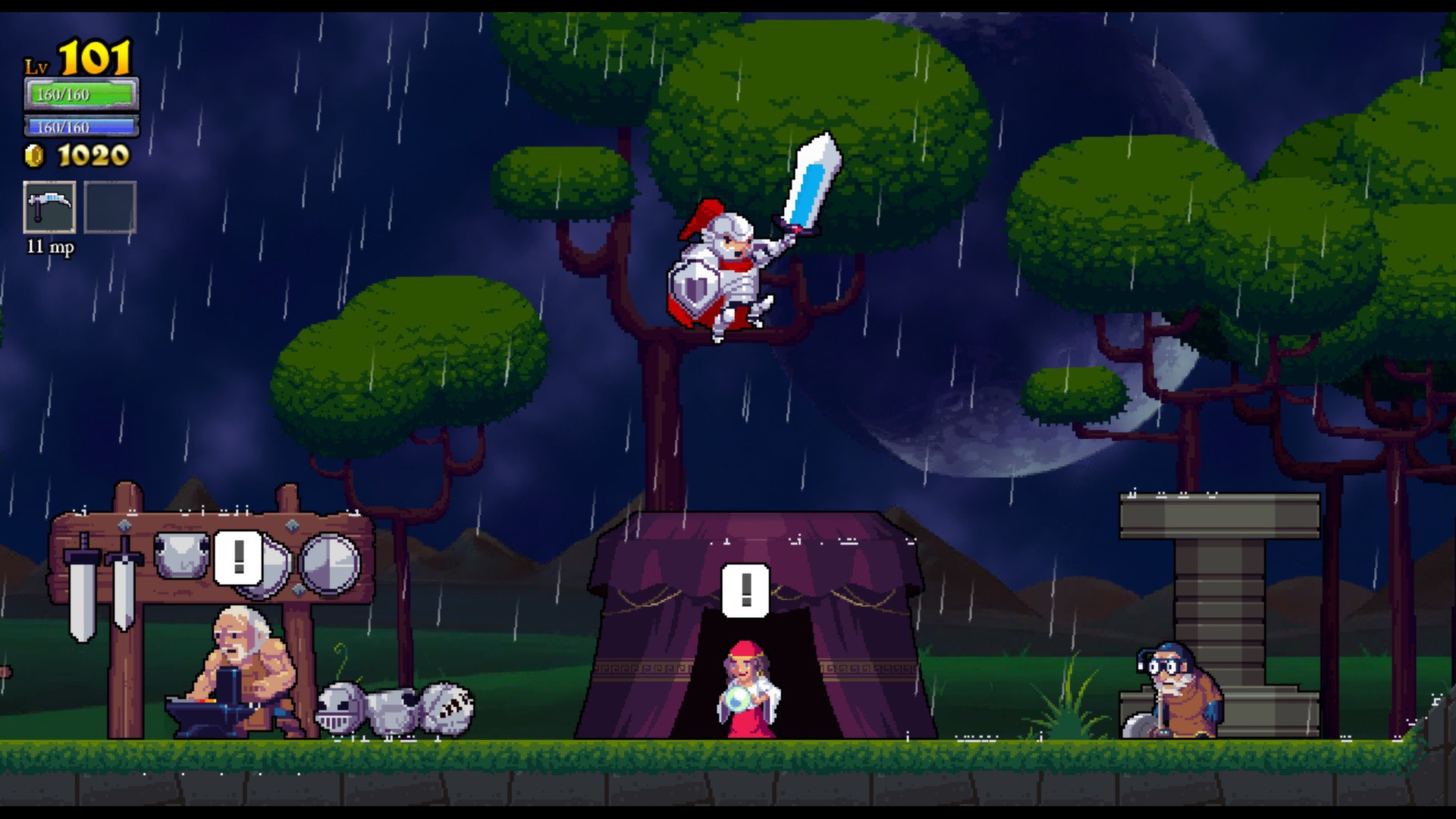 There has always been something exciting about the platform genre or maybe it is because I grew up in a generation where that is basically all we really had to play. Games like Mega Man, Super Mario, Contra, Pitfall, and Stryder consumed the time of many gamers, building a foundation for modern day indie games that try to capture the same addictive gameplay while adding something fresh and new. Any time an innovative game comes on the market I’m quick to jump in and give it a try, so it’s no surprise that once Rogue Legacy made its way from the PC to the Xbox One I was anxious to see what all the hype around Cellar Door Games’ 2D platformer was all about.

Putting all my nostalgic feelings aside when starting up my first run in the game was difficult especially considering the visuals are reminiscent of Castlevania giving it that classic old school look. Even your character utilizes the same basic moves with the sword and projectile attacks while venturing through the castle interior. There is one huge difference that makes Rogue Legacy something special, your untimely death. Nobody likes to die in a videogame, but doing so passes on your torch to the next generation to pick up where you left off. Every time you die a successor is chosen from one of three options, each with a unique set of characteristics to make your quest to beat the game a little easier or a little harder. Weighing the pros and cons of each character makes the choice tough, but opting for strength over defense aren’t the only things to consider. Some of your heirs have other issues like vertigo where you’re playing the game upside down, others suffer from IBS where every move they make results in the passing of some gas, and some see the world in black in white or 2D. The varieties of traits are immense and unique giving Rogue Legacy a quirky and challenging appeal for players to keep exploring.

Besides the fact of starting over with a new hero after each death, you’re faced with the additional challenge of the castle shifting and changing its layout as you hunt for each of the four bosses that lead to the ultimate big boss showdown. Luckily once you kill a boss they stay dead and each time you meet your demise you pass your gold on to your beneficiary to give them better genes (basically become advanced fighters in whatever class they are), have stronger attacks, hold more mana to cast spells, or increase your chances of finding more gold. This goes to prove that your death is never in vain and passing on your legacy actually gives you a better chance of risking the hazards ahead of you. Enemies are plentiful and fill the 4 different areas you explore in Rogue Legacy. They vary in difficulty attacking from the ground and air launching projectiles or swinging weapons to get to the next in your bloodline and this all takes place as you jump around looking for treasure and avoiding traps. There is an option to maintain the current layout of the castle, but it reduces your gold intake substantially. If you’re close to closing in on that 2nd boss and don’t want to spend the time exploring a new layout this is a perfect option. 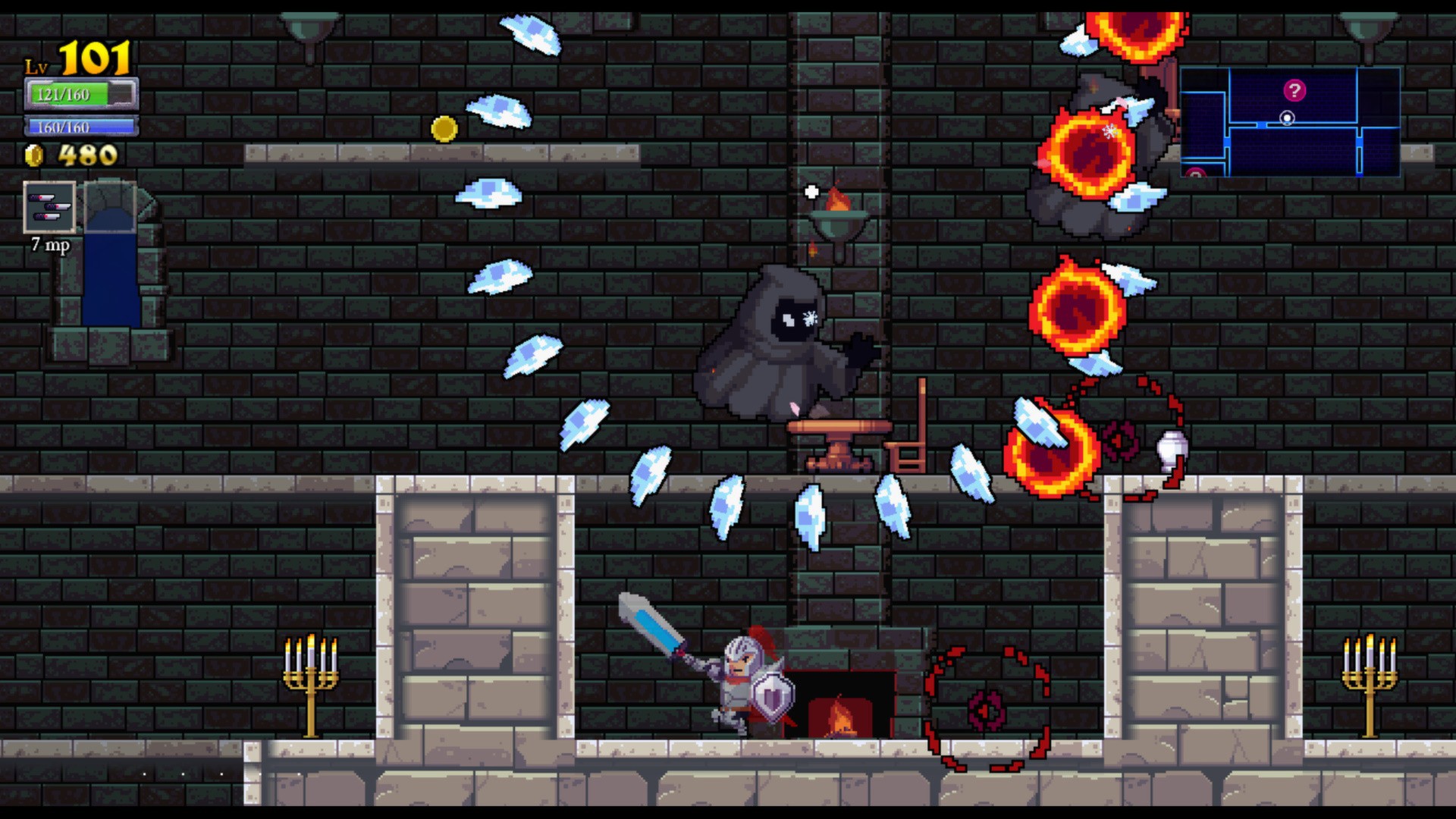 Rogue Legacy provides some nice background adventuring music that adds to the old school vibe and changes pace as you advance throughout the castle. Sound effects relay the desired outcome as you slash through bad guys, become impaled on spikes, or toss your battle axe to cause massive damage. No voice acting is involved, but the story moves along with text dialogue and keeps the player more focused on its crisp controls and simplistic grind of one more game to beef up your predecessors. This addictive gameplay will keep players coming back for more and more until they ultimately dump 40 or 50 hours into the game and haven’t made it past the 3rd boss (if you’re lucky). Cellar Door Games say that the game was inspired by Dark Souls, so if you’re up to a challenge this is a must play game even if some of the achievements are almost impossible. 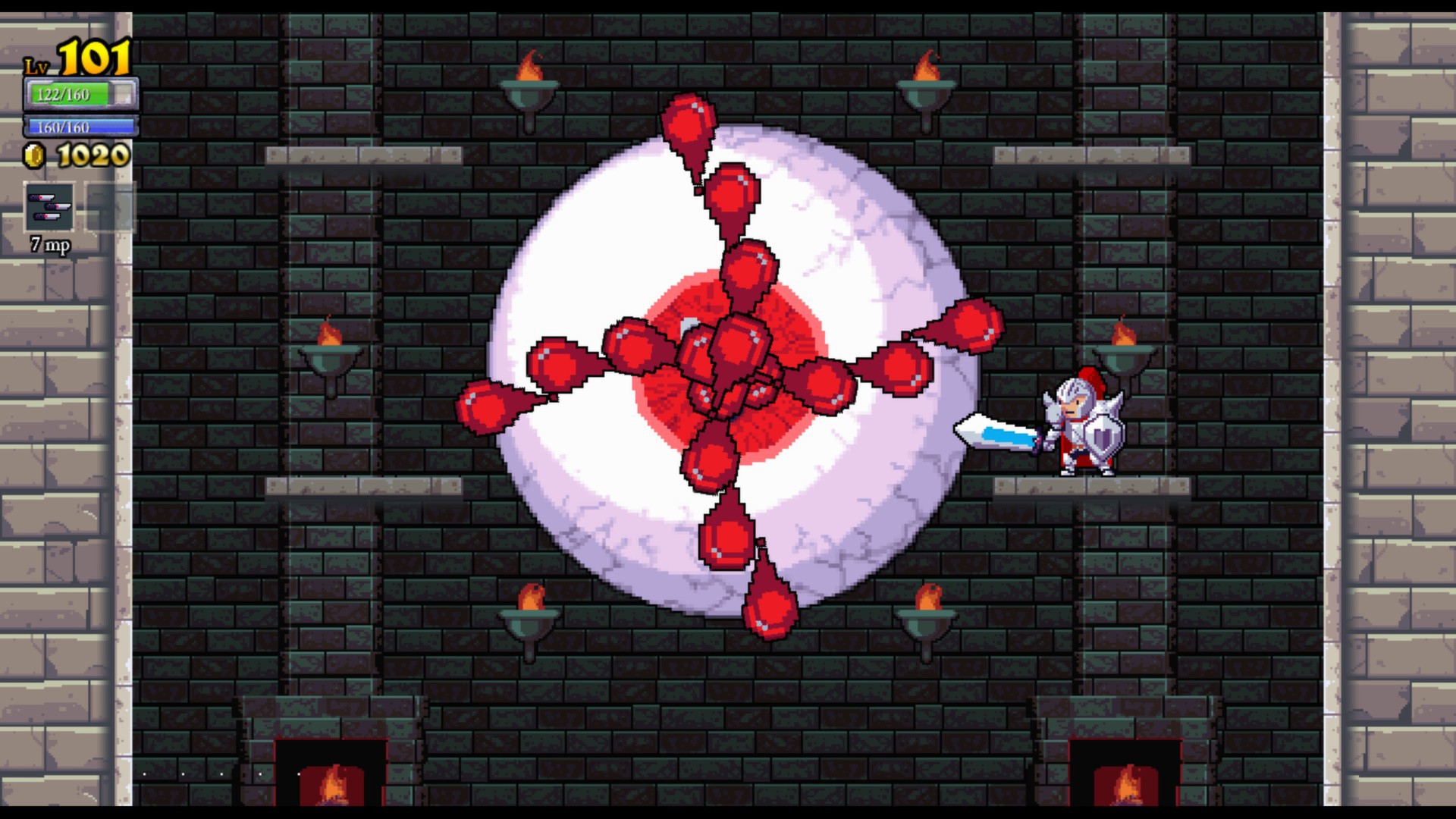 Overall Rogue Legacy provides a challenging and refreshing approach to the platforming genre that offers just enough risk and reward to keep players coming back for more while extending their legacy through generations. Graphics, sound and gameplay give the game an old school touch in today’s generation where other games miss the mark. While extremely difficult, Rogue Legacy never gets you to the point of frustration by infusing a sense of humor in the game and rewarding the player with new items and skill sets to keep it feeling fresh. The pick up and play aspect of the game works great, but you can also sink hours into the game giving players a very diverse experience that suits almost anyone’s needs. If you’re looking for the next best thing between blockbuster titles or wanting a change of pace from what you’re playing now, you can’t go wrong with Rogue Legacy.