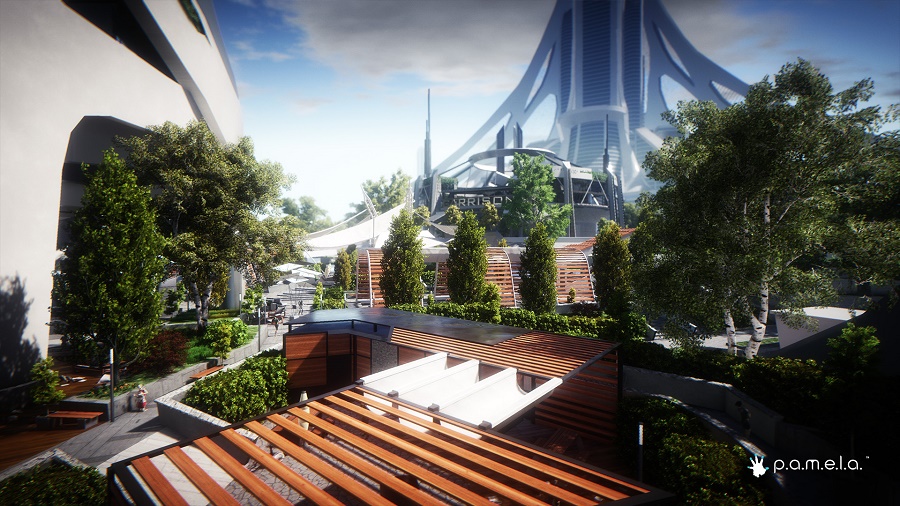 Take a look at some Alpha footage from the upcoming first person survival game, P.A.M.E.L.A. from indie devs NVYVE Studios. The game is looking pretty neat so far as it offers a utopian futuristic setting to marvel at. The game will be releasing on PC via Steam later this year. For more details head on over to the official website.