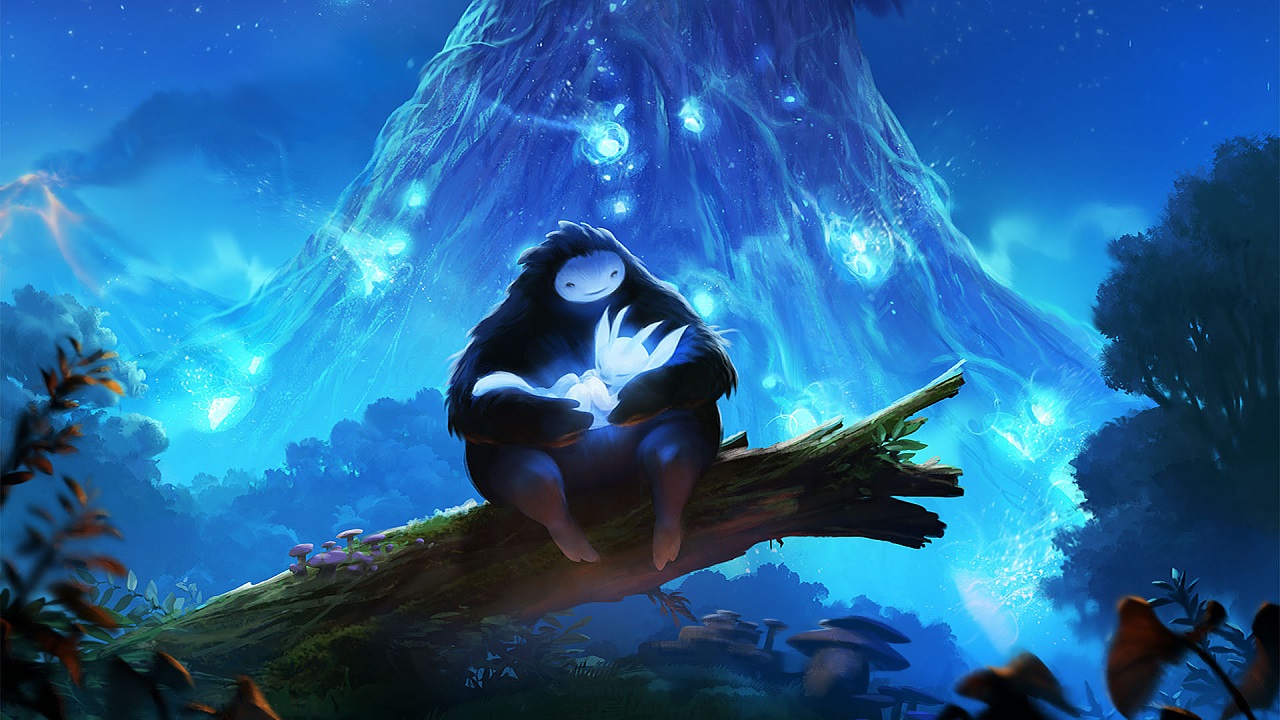 Moon Studios action platforming adventure game Ori and the Blind Forest arrives on Xbox One and PC and offers a compelling journey across the forest of Nibel. With some exceptional hand drawn artworks and a rousing musical score, is this a game worth picking up for its relatively low price of entry. Take a look at our Ori and The Blind Forest Review for the full picture.

Ori and the Blind Forest Review:

Today we’re taking a look at Moon Studios Xbox One and PC action platforming game Ori and the Blind Forest which is available now and offers some rich and rewarding gameplay to suit the rather lovely visuals. You play as Ori, a white guardian spirit who is orphaned at the start of the game following a rather touching interactive prologue sequence. However, no matter how heartfelt the opening purports to be the rest of the game doesn’t really touch on the same emotive response and instead allows players to get on with jumping, swimming, shooting, stomping, gliding and such like through the interconnected levels.

To begin, Ori is underpowered but quite proficient at navigating the terrain in what starts out as relative plain sailing which progressively opts to become more challenging as the hours rack up. The premise is quite simply by design and has Ori restoring various points on the map in a somewhat typical adventure game fashion, however the journey there is one filled with numerous lateral navigation puzzles, the odd locked door and a touch of exploration for good measure. It all gels rather well together and Ori explores each area more skills are granted which enable progression further into the game’s levels.

The puzzles here are really the meat of the experience and whilst starting quite simplified, they degenerate into more taxing affairs with some extremely clever use of the combat mechanics versus the rather generic enemies as a means of navigation. This has been expertly crafted and although not always immediately obvious, once the penny drops becomes frustrating and rewarding in equal measure. There’s a few oddities with the design in some instances where escape sequences are thrown into the pot and are the cause of much anguish with maybe too much trial and error, but these sections are thankfully less frequent. There are moments where some of the puzzles aren’t immediately obvious and might leave some players scratching their heads or looking for an online guide for a solution, but that said the beauty is figuring things out for oneself and simply trying new possibilities to see if it works – after so many deaths. In this regard whilst the flow of the game can get congested at times, the feeling of accomplishment is great.

Ori can level up skills to become more accomplished with energy gathered from the enemies or via collectibles. These add things like extra attack power and extended health – the usual suspects. Players can pick and choose which skill trees to pump the points into making for a more personalized experience.

One thing also worth a mention is the save system which requires the player to manually activate on safe ground. However the catch is saving is tied to a ‘Soul Link’ energy meter which means there are times when this is depleted and a save isn’t possible. This is a clever and awkward feature all the same where it’s possible to become too engrossed, make some progress forget to save and be killed and have to start way back – another cause of frustration. There are some auto checkpoints but these are far and few between.

In terms of visuals there’s no denying the game looks great with its hand drawn imagery and fluid animations. You can’t fault the execution here at all aside from a few moments where it’s hard to spot the location of Ori due to some swift movement in places.

The game’s looks are complimented by an enchanting musical score that never wanes and fits perfectly with the adventuring and mysterious nature of the levels. In this regard the audio qualities are suitably crafted and work well in adding its own flavour and narrative with its booming voice of gibberish that forwards the story.

Players will find many hours worth of entertainment on offer as the experience eats up time which can end up in double figures for those who get stuck or strive for 100 percent completion. There’s a neat array of achievements to aim for and naturally the game is rewarding enough through general play.

Ori and the Blind Forest is an inoffensive game that despite its cute and accomplished animated looks offers a fair bit of challenge beneath the surface. In this regard younger players might struggle despite the appealing visuals. This is the nature of beast though with a game that’s obviously tailored toward those who will persist rather than give up easily. There’s a lot to love and loathe about the experience with pad throwing moments coupled with real joy. Once you “get” what the game wants you to do you’ll find an often cleverly designed and delightful game well worth playing if platform adventuring appeals.