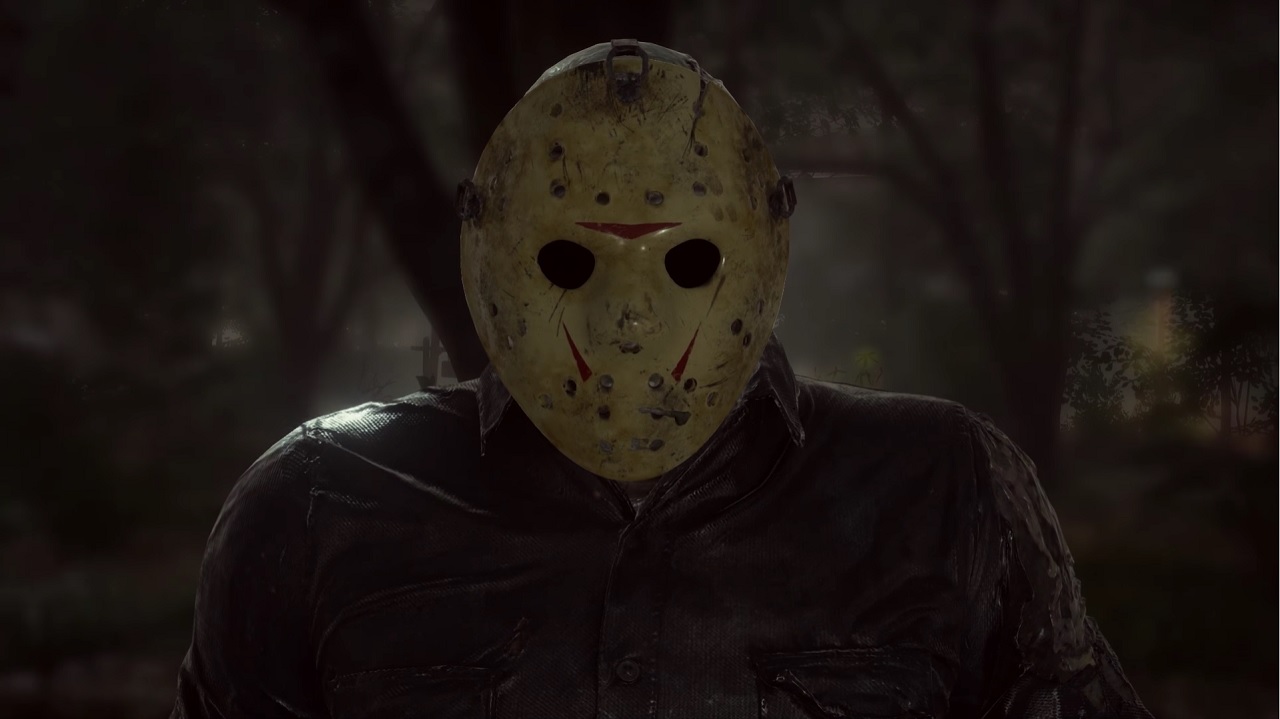 1980’s horror movies had many iconic monsters and murderers, but none quite as notable as Jason Voorhees donning a hockey mask armed with an axe. An unstoppable evil force set upon those dirty little campers at Crystal Lake on the big screen and now illfonic & Gun Media bring the Jason experience to gamers. Friday the 13th the game was off to a bumpy start with the server issues and game breaking glitches, but a recent patch has helped alleviate some of the problems.

Illfonic started Friday the 13th game as a concept on Kickstarter which pitched a multiplayer experience giving one player the control of Jason Voorhees himself against a group of stranded camp counselors. Anyone familiar with the films can see how this scenario would translate perfectly into a game, but sometimes you need more than just a good idea for something to really take off. The game launched as a multiplayer only experience (with a single player campaign to come at a later date), but even post patch it is still difficult to find a game in a timely manner. Thankfully there are ways around this shoddy system with the help of “Looking for Groups” within the Xbox guide button that allows you to hook up with like-minded gamers.

Once within a game the fun finally starts as the room fills up with a combination of 8 random players or friends and hopefully the host has chosen a random Jason spawn (meaning anyone of the players can spawn as Jason while the other 7 players are the camp counselors). It is nice to have the option to select who can play as Jason if you happen to get snubbed over and over, but keeping it random adds another layer of suspense and crushes the hopes of other players creating extra tension during the start of the game. Jason spawns in his shack in the woods, while the counselors are scattered throughout the map running for the nearest cabin to look for items to help you survive and possibly escape. Once inside a cabin you can lock or bar the doors so Jason has to hack and slash his way through in order to pursue you. You’ll frantically search for a weapon that may be lying around like a pipe wrench, fire axe, or baseball bat, so that when you do encounter the demon of Crystal Lake you have a chance to stun him with a well-timed hit before he can snatch you up like a rag doll. During your search you’ll find a variety of items to assist you. Finding a map gives you an overview of the entire campgrounds, picking up a walkie-talkie puts you in contact with other counselors who aren’t in close proximity, and snatching up pocket knives and firecrackers give you an extra chance to break Jason’s grip should he snag you or distract him for a quick get away. 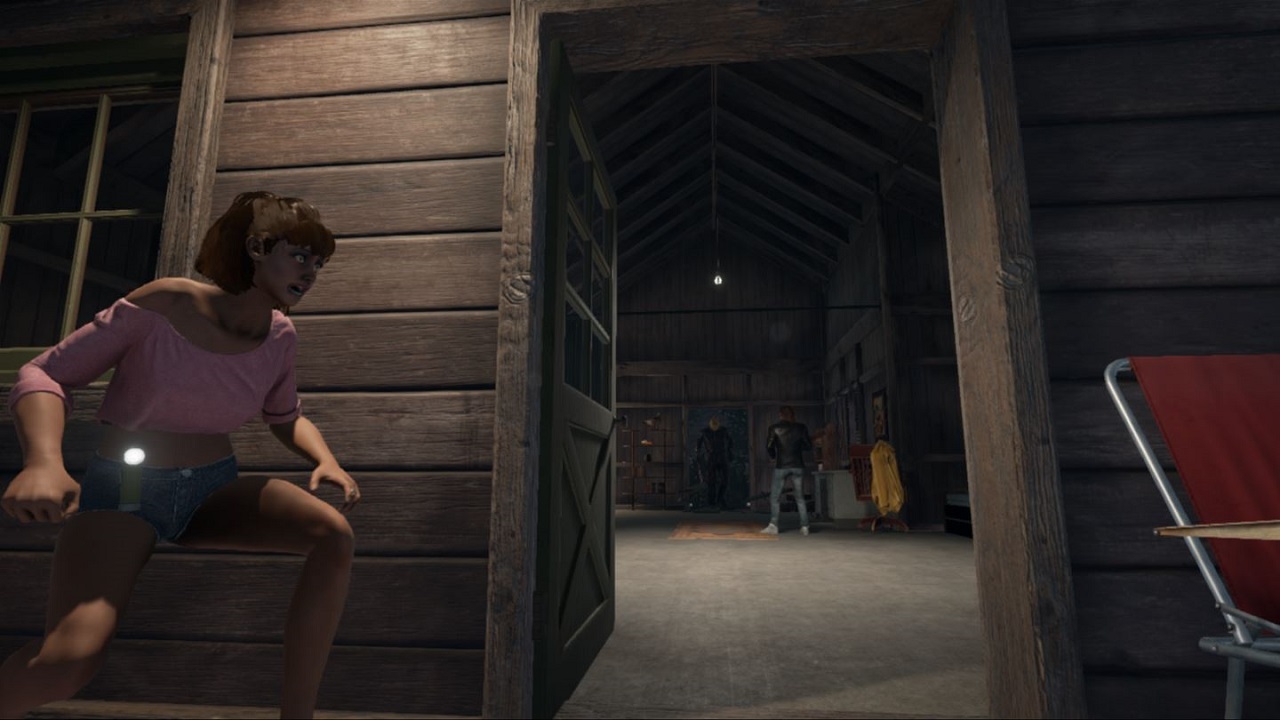 The most precious of all the items you’ll search for are the ones who will help you escape. Players have the option to escape by boat, car or calling in the police (the only way to escape on foot). In order to escape by vehicle you must find specific parts (battery, propeller, keys, and fuel), and once they are delivered to the vehicle you’ll have to “fix” them by participating in a timed button pressing mini-game that only enhances the fear of getting caught by Jason before completing the task at hand. Jason seems to frequent areas where vehicles are located to set traps to induce panic and fear that can cripple a player. There is a fear meter that changes the player’s visual perception and makes it easier for Jason to find you using his sense ability.

Once a vehicle is operable only a limited number of seats are available causing a constant struggle between players wanting to work cooperatively as well as ensuring they are one of the ones to make it out alive. This leads to the forming of small groups within the 7 players and double-crossing between players as they come across items they need. This subterfuge often plays perfectly into the hands of whomever is controlling Jason as he tries to divide and conquer those running together. The entire premise is great, but it gets old pretty fast as you’re constantly playing into the same scenario time after time. Search a cabin, find goodies, oh no Jason found me, jump out a window (Jason can’t do that), run to the next closest shelter, rinse & repeat. Team work is key to breaking the monotony, but it doesn’t change the fact that matches seem to take an eternity especially when there are only a couple of counselors alive and hiding instead of trying to escape. 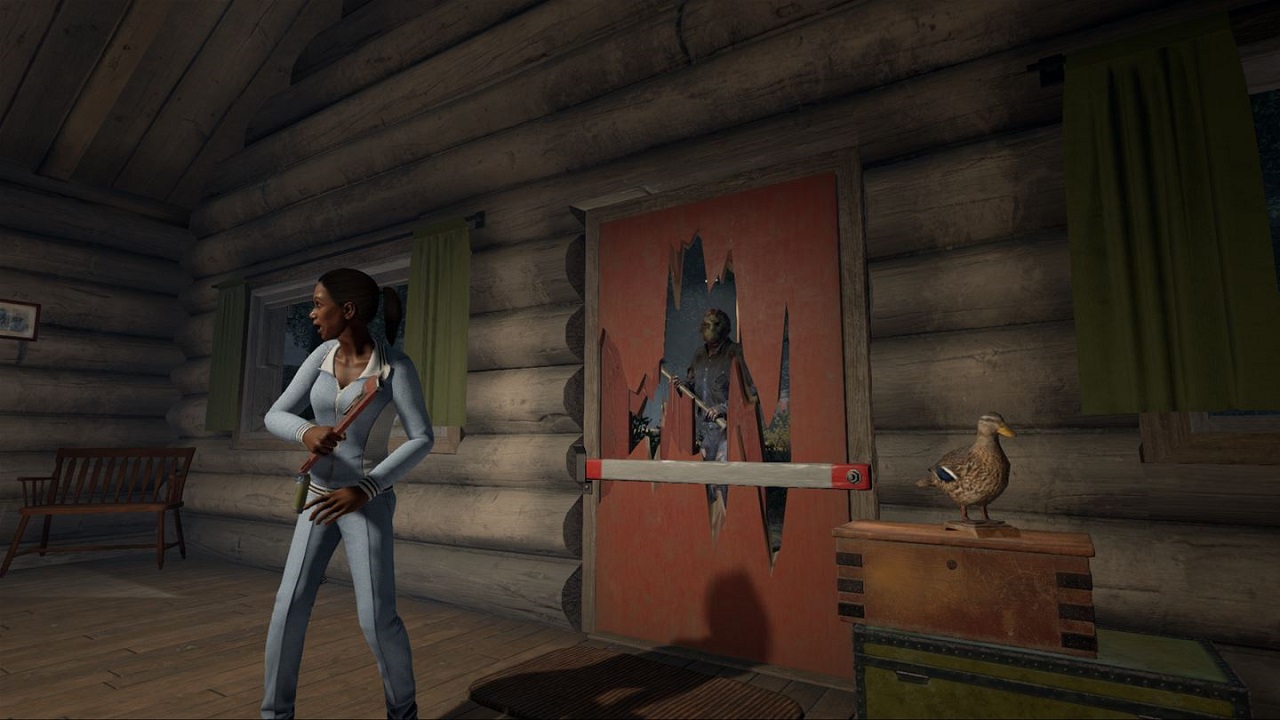 Playing as Jason comes with a lot of the same experiences of playing as the counselors, but instead of searching for items you’re searching for other players. You’re equipped with a handful of abilities; “Sense” allow you to see if a scared counselor is near “Morph” allows you to warp around the map, “Shift” that allows you disappear and close the gap between you and your target, and “Rage” that activates halfway through the match so you can bust through fortifications with ease. Besides hacking and slashing with whatever weapon Jason is carrying, he can grab counselors and perform finishing moves that you unlock or when prompted by objects in the environment. You’ll find sheer joy terrorizing other players as Jason; smashing windows, killing the power or suddenly popping in front of them as they flee in terror is utterly satisfying and provides some of those cheap thrills found in horror movies.

Controlling both the counselors and Jason feels slow and sluggish as you struggle with the limited camera angles and views that skew your perception. Even post patch you’ll run into issues where you swing your weapon knowing you’ve connected full force, but find that you’ve hit nothing but air and have left yourself vulnerable for an attack. This may not be game breaking like getting stuck in the environment, but it is frustrating none the less. Graphics are far from polished and character models resemble my first attempt at a self-portrait on Windows Paint. There is something comical about the fear induced facial expressions on the counselors as Jason catches them, but beyond that everything you see from the environment to characters fall short on today’s standards. The iconic Friday the 13th sounds are always present, as well as the suspenseful music used to drum up your heart rate and anxiety. It’d be great if there was some actual dialogue beyond what the players create with their own back and forth banter. 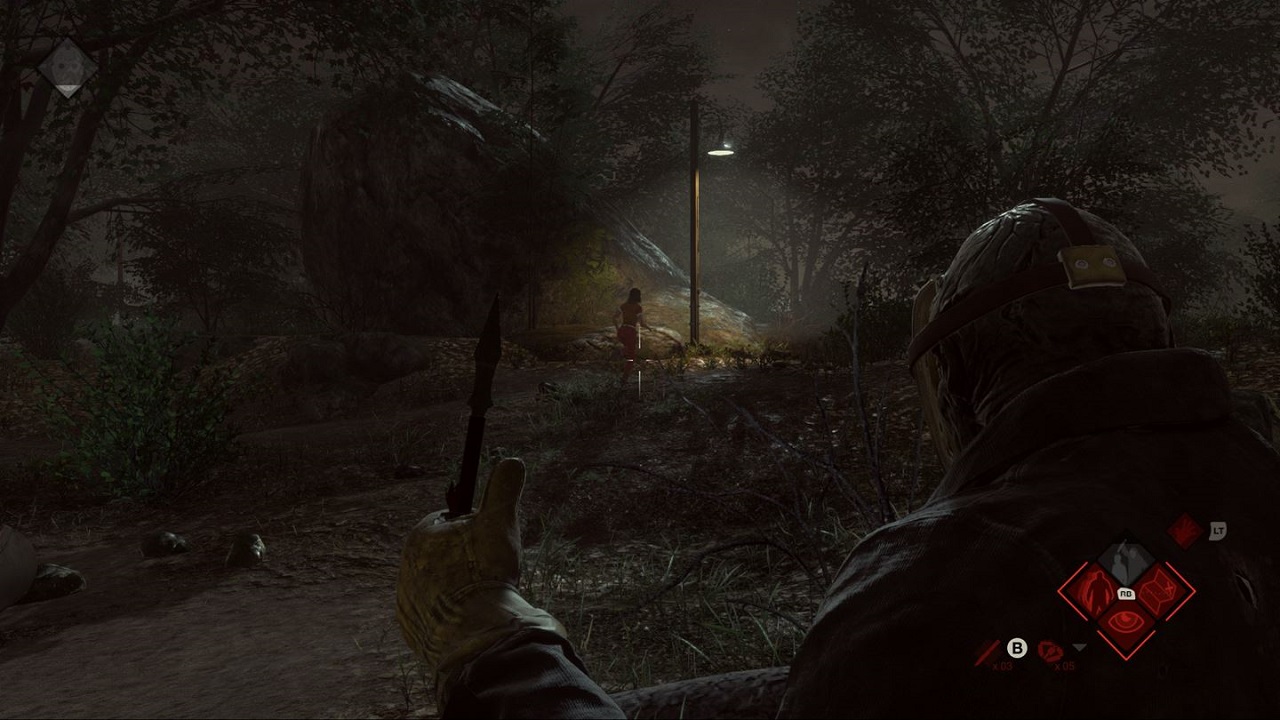 The only thing that will keep players coming back is the experience they have with others and the comical misadventures that happen within each session. Grinding experience points is a tedious task and the only real meaningful gains to be made are by completing a match. If I happen to die within the 1st couple of minutes, which is entirely possible due to the random spawn points, I have to stick around for another 18 minutes if I want 500xp points. Finding items, repairing cars, and other activities only net you a couple hundred XP points throughout the course of the game, and since you are competing with other players to find these items there are times you come away with less than 650pts for an entire match.

Friday the 13th the game has a brilliant concept, but the execution of the ideas is inadequate of what you’d expect for a price tag of $39.99 USD. Repetitive in-game experiences, unresponsive controls, and taking those extra steps to find a match take a toll after playing a couple of rounds. Each game can be a new adventure, but the only thing that really makes it enjoyable is who you are playing with and against. Without in-game interaction players could not set the tone and mood of this 80’s cult classic that blended humor and violence. With a little more TLC and content this game could have been so much more and fulfilled the dreams of every horror fan, but sadly it falls well short of expectations. Those willing to pay for the experience to play as Jason will find some enjoyment in a community of gamers for the next couple of months until this flash in the pan fizzles out.