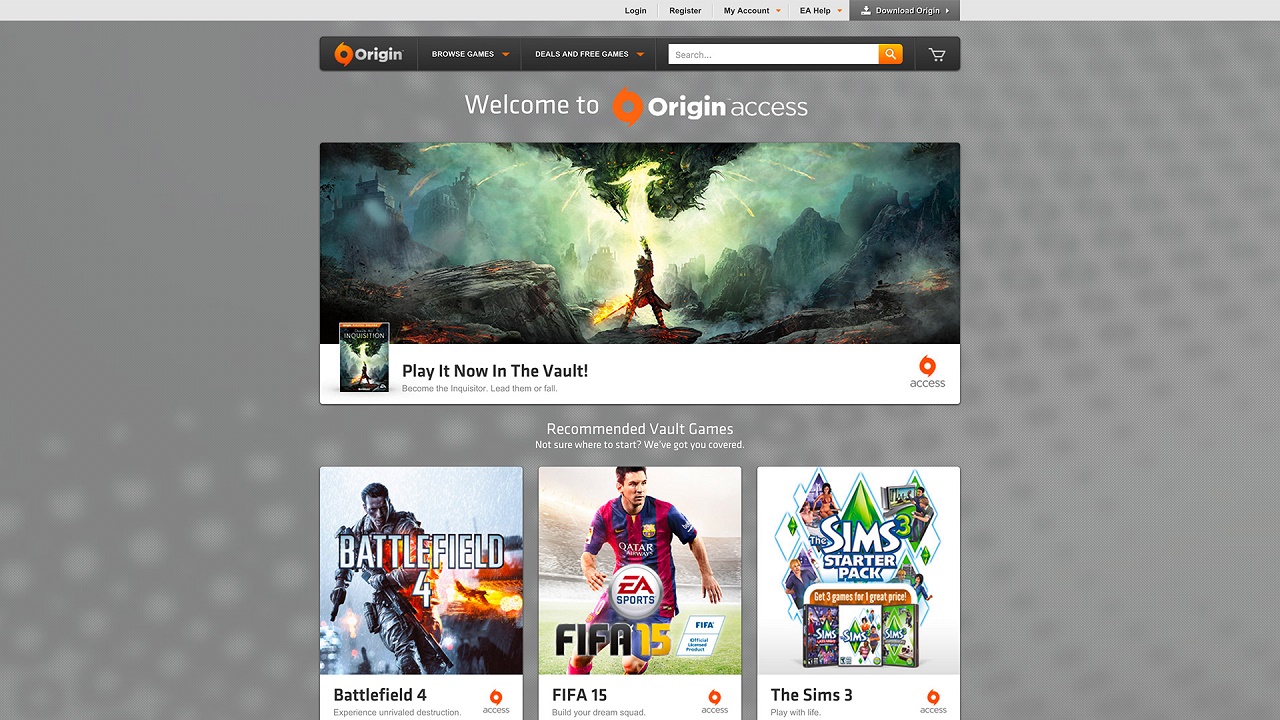 EA has announced a new membership service for PC gamers via its Origin service called Origin Access which offers the same benefits as EA Access as seen on the Xbox One games console. It’s available now in the U.S., Canada, UK and Germany and will be rolling out to more countries in the near future. Gamers can jump into the vault to play full games for as long as they like from as little as £3.99 per month – more savings can be made if paying for a greater period. Having already experience EA Access on the Xbox One, this is a great move and should be welcome for gamers who like to try before they buy or not want to commit to full purchases if they are on a budget. For more details head on over to the official page or check the pertinent details below.

This new service launches with 15 great games, including Battlefield 4™, Dragon Age™: Inquisition, The Sims™ 3, and This War of Mine with more titles from EA and independent developers added over time. The complete list of titles currently available in The Vault can be found at https://www.origin.com/store/origin-access .

· Play More – Explore The Vault where members can download and play full versions of more than a dozen great PC games
· Play First –Play EA’s PC games for a limited time before they’re released. All your stats and progress carry over if you decide to buy the game
· Play for Less – Save 10% on your Origin purchases – from full games and DLC to content packs and more