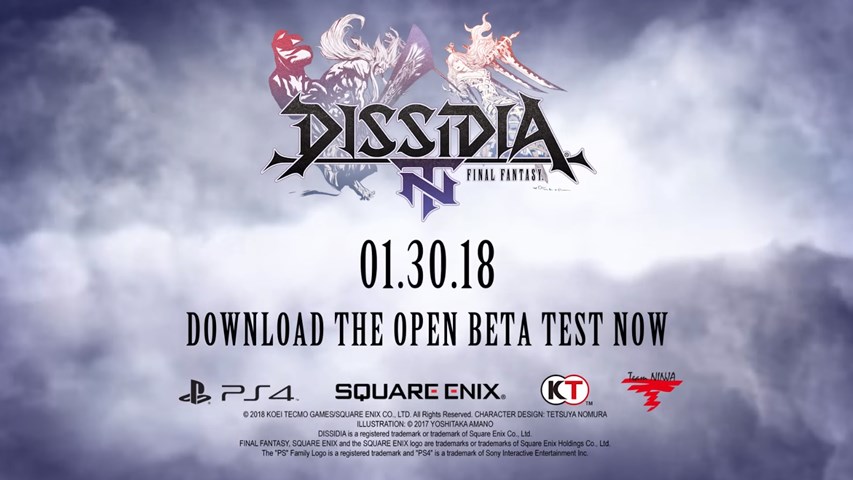 The arena is open! From January 12th through January 21st, you can take part in the Dissidia Final Fantasy NT Open Beta. Download the Open Beta Test from the PlayStation Store for free via the link below and play today (PS+ subscription not required)!

The Dissidia Final Fantasy NT Open Beta Test will feature the following modes:
Ranked match – Join 2 other players or team up with your friends in 3v3 online multiplayer party battles in over 12 unique arenas.
Gauntlet Mode – Offline single player mode where you will be paired with 2 AI companions in 3v3 battles.
In the Dissidia Final Fantasy NT Open Beta Test, there will be 15 playable characters at any given time and these characters will change periodically throughout the Open Beta Test.
Unlock and equip numerous weapons, costumes and abilities for each character to customise your style and experience and get a glimpse of the enthralling story that will unfold in the full game.

Dissidia Final Fantasy NT will be available for PlayStation 4 on 30th January 2018 in North America and Europe.