The official unlock times for Square Enix’s eagerly anticipated Deus Ex:Mankind Divided are up but there seems to be a massive division amongst PC and console gamers with the unlock times. According to the official Twitter post, PC gamers are having to wait some 12 hours longer for their game to unlock compared to their PS4 and Xbox One counterparts. Many PC gamers have taken to twitter to show their disapproval. Interestingly, now it’s the 23rd, if you buy a boxed PC copy of the game from a retail store it’s likely you won’t be able to play it when you get home which is a bit of a letdown to say the least. You can read some of the comments on twitter and feel for your fellow gamer. That said, as of now Steam reports the game will unlock in 7 hours time. Meanwhile, 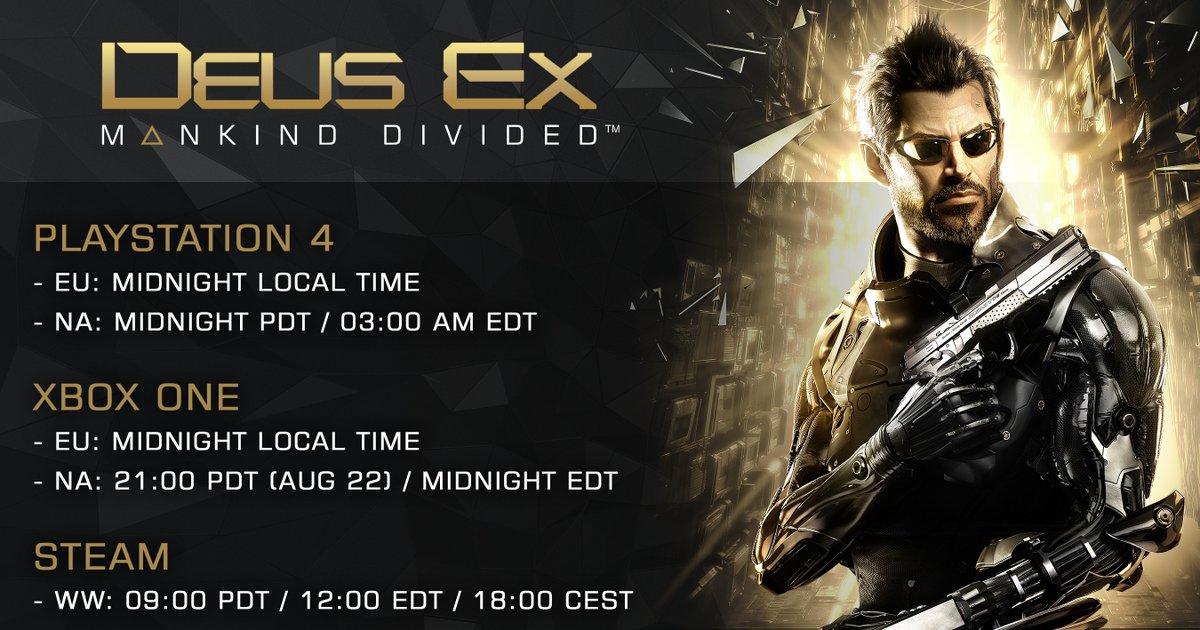