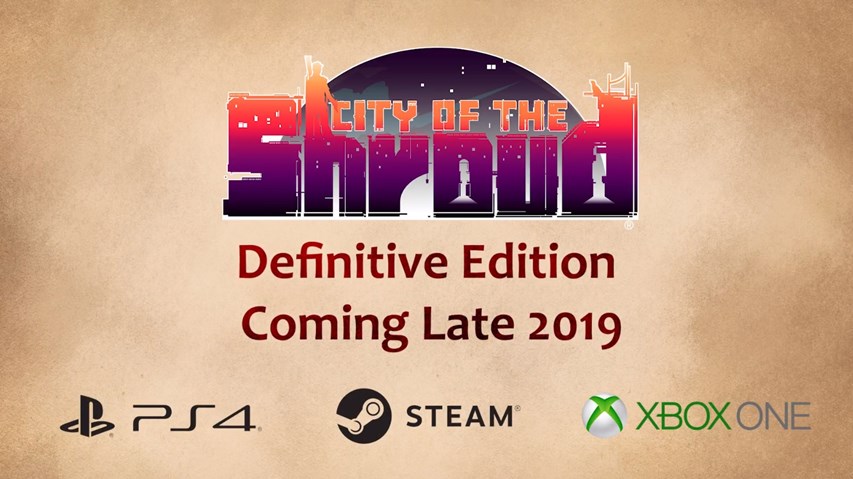 he player-driven story of City of the Shroud from Abyssal Arts kicks off this summer on Steam for Windows and Mac. Take part in a live, player-driven story as it unfolds over four chapters. Your choices, and the choices of every player, will drive a living tale of shifting alliances as you race to uncover the truth of the magical shroud that holds Iskendrun captive. City of the Shroud: Definitive Edition will debut following the completion of the player-driven story on Steam for Windows and Mac, PlayStation 4, and Xbox One, bringing together the entire tale in one package.

-The story is a living episodic campaign: in each chapter, every player’s actions impact how the world, changing how the story unfolds for the entire community in the next chapter
-4 chapters: each chapter is crafted based on the cumulative influence of every player’s choices and actions from the previous episodes
-Real-time, combo-based battle system: think on your feet and chain your attacks together to defeat your opponents
-Play your way: an optional “Wait Mode” pauses the action while you enter combos, and you can choose to slow down or speed up the gameplay to suit your playstyle
-Multiple difficulty options let you choose between focusing on narrative and testing your tactical prowess
-Online PVP multiplayer
-Deep combo and stat system lets you customize your team to suit your playstyle
-Steamworks support for customizing the appearance of your units in battle
-A distinctive world, beautifully realized in 2D and 3D