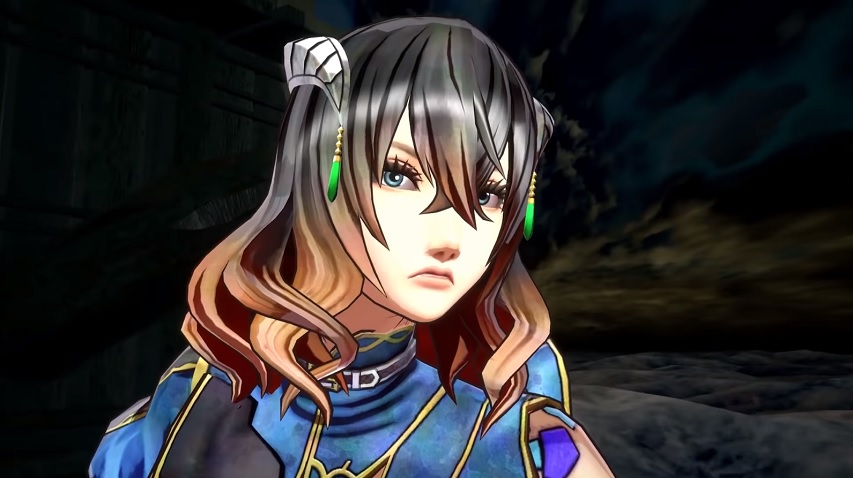 Players assume the role of tough-as-nails fighter Miriam, although the name is unimportant because players can edit that to suit their preferences. Miriam can become Marian or Roger even take your pick. Miriam possess the power to absorb shards which grant her unique powers. There is a fair bit of back-story to her character which we won’t discuss here. The bottom-line is she is bad-ass and uses the absorbed shards to conjure fallen demons to fight alongside her. So there’s a bit of Pokemon style collecting here as she faces-off against many demon forms including giant deformed cats.

The game begins on-board a ship as Miriam travels the seas to a troubled land. The opening ship section provides an introduction of sorts where the game begins proper after she defeats the first boss character. A massive and complex castle awaits and it’s here where the game presents the core flavour of the gameplay.

Players freely explore each room, but these reset once Miriam moves into the next and then back again. Useful for farming specific enemies for dropped parts. The side-scrolling works well here and means lots of jumping , sliding and attacking with either ranged weapons, melee or feet. Miriam undertakes various quests from NPCs and can recharge her health and magic power at any save-point. On the surface, it’s a pretty simple game by design. However, despite the presence of a map and the choice to mark rooms of interest, some elements are vague which can halt progression. Expect a lot of back-tracking, trying locked doors and conversations with NPCs to get things moving. In some ways, the structure here could be improved because getting stuck isn’t much fun when there is a lot of ground to cover.

Combat is quite simple with easy to perform attacks and special moves requiring specific inputs reminiscent of fighting games. The shards spice things up though because each one has its own strengths and weaknesses. Summon a flying pig to bounce around the screen or a rabid attack dog. The enemy design is very good and varied, the icing on the cake is using them against other demons.

Beneath the surface, players can customize the look of Miriam such as skin tone, hair colour and style. To a lesser degree unless it’s a complete outfit some of the equipment changes her looks. Players upgrade shards and abilities but also craft extra gear from parts and make food which gives additional benefits whilst out in the field. whilst initially quite complex for such a simple looking game, is fairly easy to understand. Although saying that, it’s all optional should players wish to just dive in with the standard options.

Visually the 2.5 approach works well as it has done in past games. As mentioned, some great demon designs and a nice amount of variation to boot. The map also boasts visual differences in each zone making for a wonderful place to explore. Visuals come complimented with excellent audio and pretty decent voice-overs for all the cast. Alongside the repeated sound-effects of Miriam and you have an audio treat for your ears as you explore.

Bloodstained takes quite some hours to beat and then once bested players can jump in again with new game+. Although some shards don’t make it at the start of the game most of your items and bits carry over which is good. It’s also a chance to up the difficulty.

Koji Igarashi’s Bloodstained: Ritual of the Night is a class game despite its simplicity. Cool characters, easy to pick-up and play gameplay and wonderful visuals make this a highly recommended game. The good thing about it is you get what you put into it. Rather than endure long sections, you can dive-in for a quick skirmish and then drop out without any limits or penalties. In this day and age, that’s a good thing. If action, combat and RPG is your thing then joining Miriam’s journey is a must despite some vague moments that might leave you searching a while for a solution.