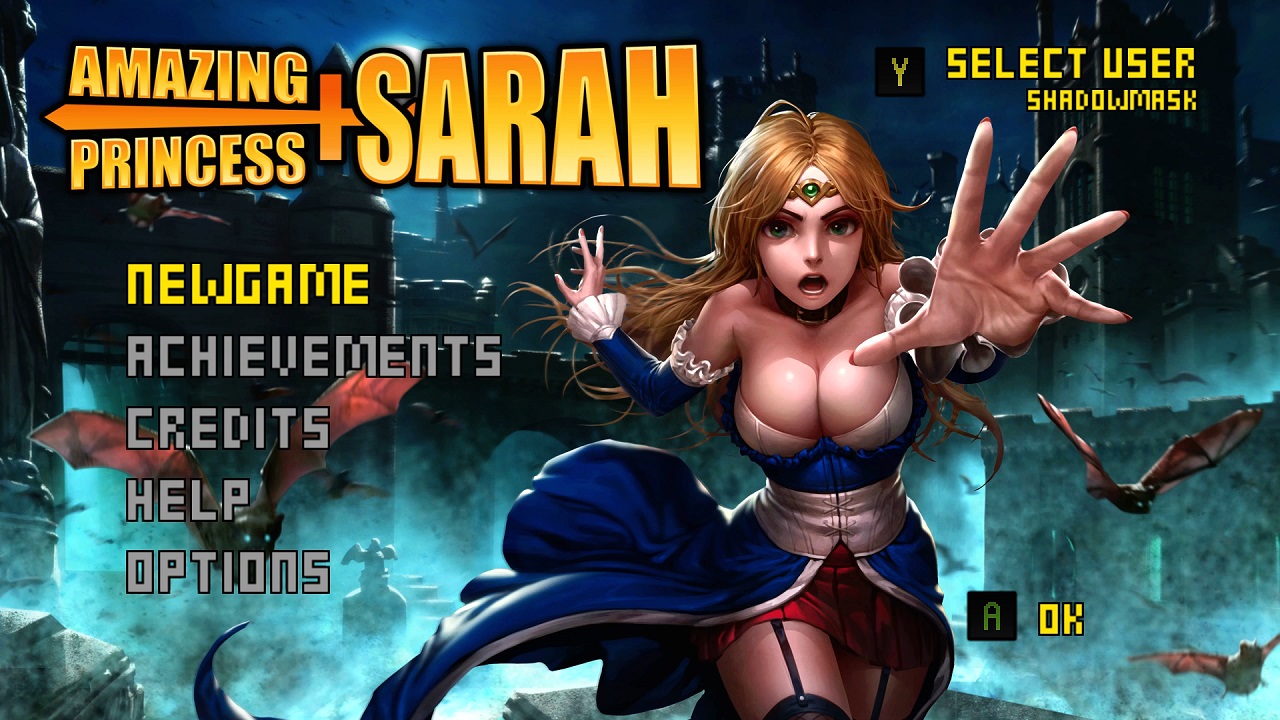 Haruneko Entertainment releases its Castlevania style 2D platform action adventure game Amazing Princess Sarah on Xbox One having enjoyed a release on PC via Steam. You play as Sarah (surprise surprise) princess of the peaceful realm of Kaleiya. However, all is not well as Sarah’s father is kidnapped by the demon mistress Lilith and so as any princess would act in the absence of a brave and stereotypical male lead is head off on an adventure to rescue. In game the story isn’t really explained much and even removes any text to explain what is going on which seems odd. However, the story is pretty self explanatory and plays second fiddle to actually exploring the five themed castles to reach your goal. 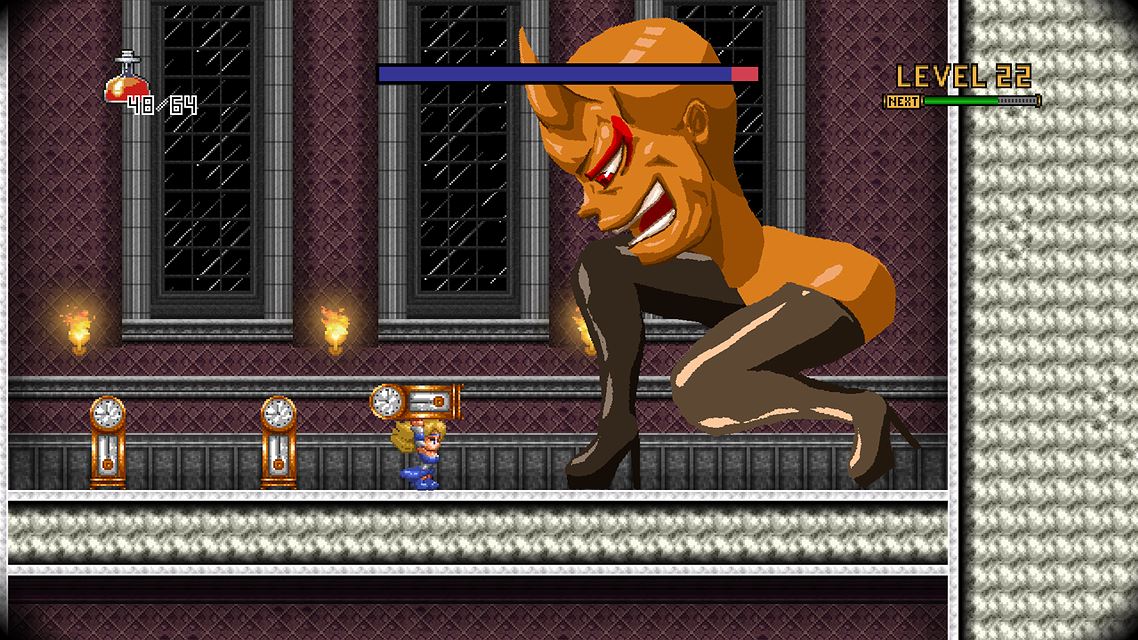 What’s neat about this game in particular is how Sarah can pick up inanimate objects and throw them at enemies, walls and switches which come in quite handy. Even the fallen can be tossed about making for a neat way of ranged attack in conjunction with her limited sword which can only slice foes up close and personal. In fact, throwing items is a far more deadly means of attack especially as bodies can split into arrows or explode causing much more damage. What’s also cool about the simplified game is levelling up the character which comes from killing Lilith’s minions. You’ll reach checkpoint statues across the levels and have to hunt down switches to access deeper into the castles, but what this means is if you die and hit “Game Over” you’ll respawn at the checkpoint with your level intact. So effectively the game gets easier the more you die as with each level up your HP increases. 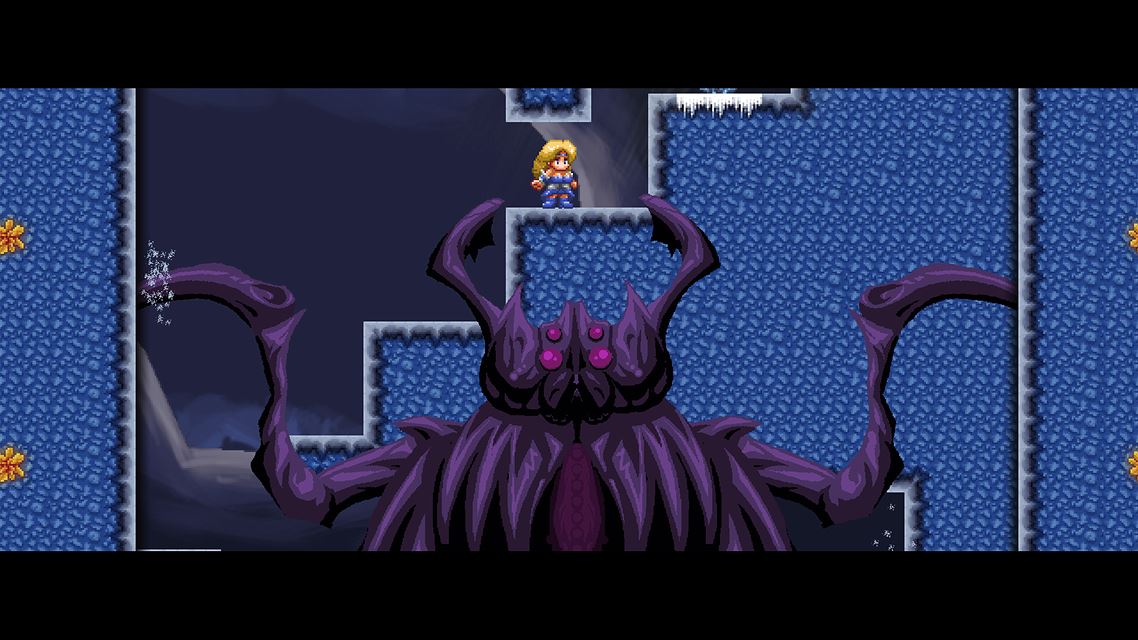 Navigation is fairly straight forwards and there’s a handy map you can view showing where you’ve visited already if you get royally lost. However, you’ll need to backtrack once the right switch has been flipped and sometimes it can be a little confusing. Oh, and there’s an assortment of deadly stage traps to navigate as well which puts Sarah’s life in peril every step of the way more so when you have to navigate them again to get back. Some moments can be frustrating and on occasion it does feel like the responsiveness of the controls aren’t precise enough. However, aside from these minor niggles the game remains fun to play albeit quite basic in its design. 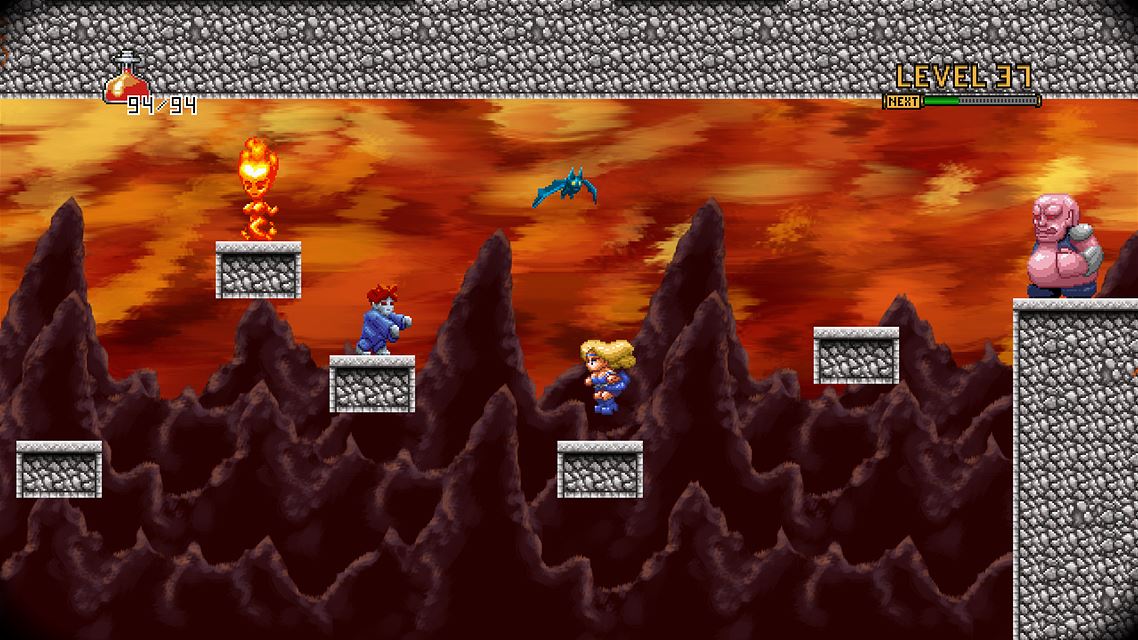 There’s a colourful assortment of levels and enemies to take on as well as a select number of screen filling bosses to take down. What adventure would be complete without bosses eh? The sprite graphics have a deliberate old school vibe and so if you’re a fan then this game will tickle you pink. Audio is also fitting with a dramatic classical score driving along the action alongside suitable spot sound effects. 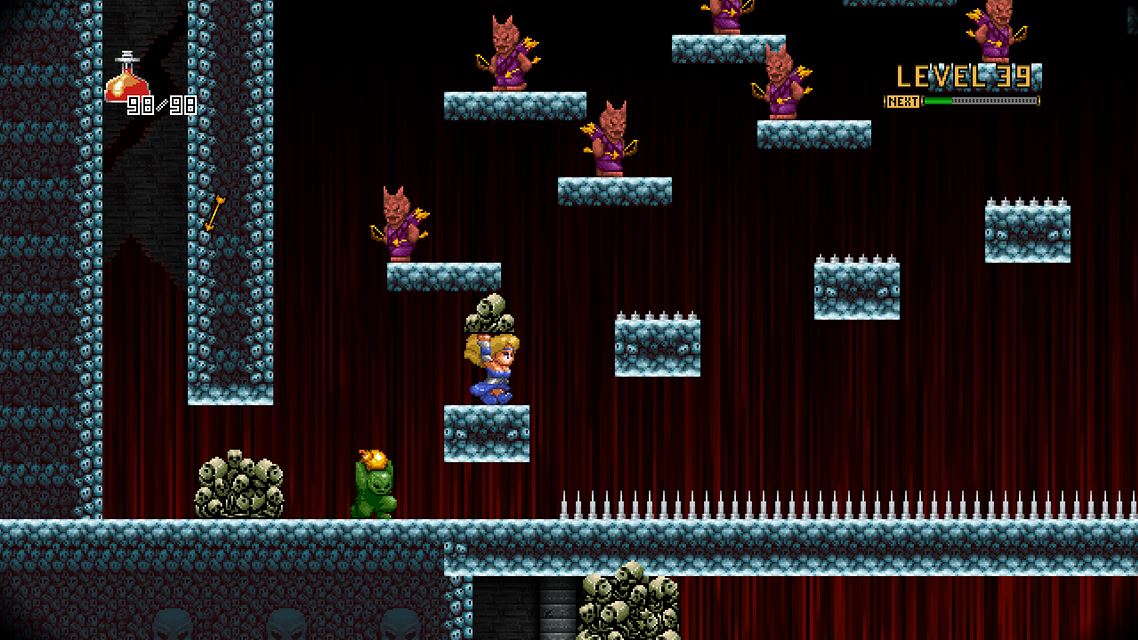 Amazing Princess Sarah isn’t the longest of games to complete but does offer some replay value with an assortment of extra unlockable modes to toy with if that’s your calling. That said, the game is available now via Steam for just £2 (normally priced at £3.99). It weighs in at £5.19 on Xbox One and £3.99 on Xbox 360. It’s an entertaining adventure to mess around with but lacks any depth or characterization/story so is only going to appeal to those fond of sprite based graphics and old school gaming from yesteryear.