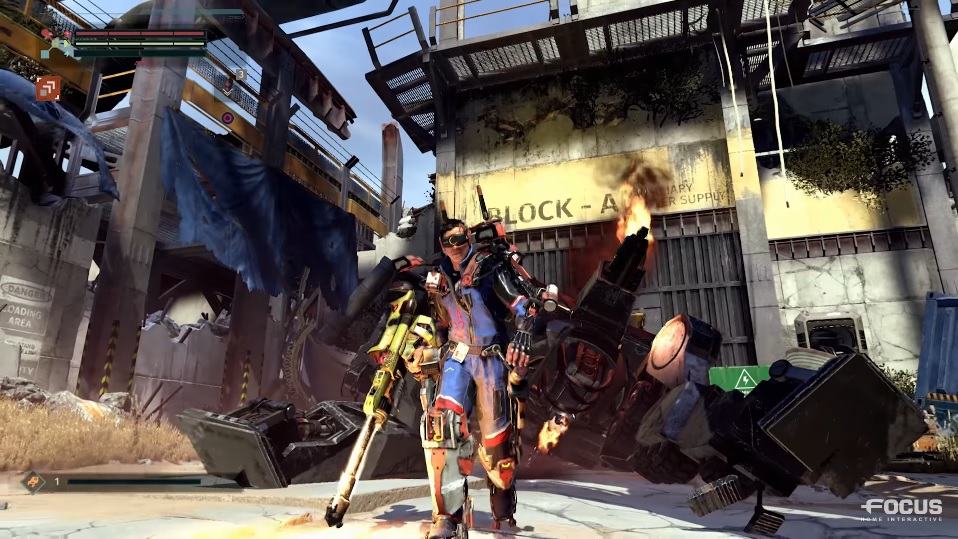 The Surge celebrates release next week on May 16, on PlayStation 4, PlayStation 4 Pro, Xbox One and PC. Take a look at the action-packed launch trailer.

Battle through a world gone mad as Warren, on his first day of work at CREO – a megacorporation that has been hit by a devastating catastrophe. Today, prepare for The Surge’s brutal combat and dystopian setting with the action-packed Launch Trailer.

Balancing risk and reward is key during The Surge’s combat, as the unique loot system gives you greater control over what you claim from defeated enemies. In visceral combat individually target specific body parts, damaging them with a combination of vertical and horizontal attacks before slicing the part off entirely. What you dismember directly determines what piece of equipment you loot! When approaching an enemy, you face a difficult decision: do you target an unarmored body part for a shorter fight, or risk a lengthier, damaging battle for a chance at slicing off a shiny new piece of equipment?

To get the best loot you’ll need to take on the most difficult enemies, so positioning and speed are vital. Use your exo-enhanced dodges, blocks, ducks and jumps to avoid attacks while managing stamina, ensuring you’re always in the right place to strike the limb you want, or ready to avoid a potentially damning blow. The rules of combat apply to both you and your enemy: get hit in an unarmored limb, and you’ll go down faster. Take advantage of the enemy’s weaknesses while balancing your own, and you’ll walk away with their strengths!