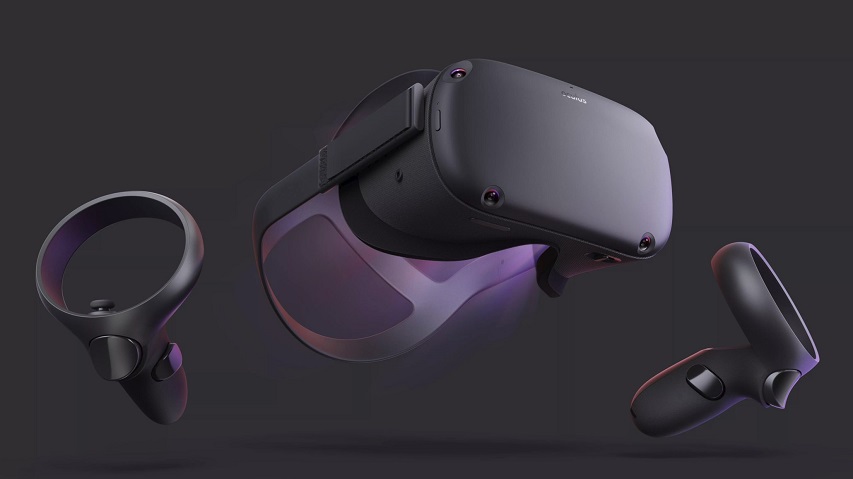 To take advantage of The Oculus Quest wireless capabilities and improved visuals, streaming VR games and apps from your PC to the Oculus Quest is a viable option IF you have a decent 5Ghz wireless router and a wired PC connection. Whilst it’s possible to have both the PC and Quest locally connected wirelessly, the experience improves greatly with a PC wired connection. We can’t stress this enough. If it means running a cable from the PC to the router or moving the router closer to the PC, it’s well worth it. Don’t be mistaken, this is not simply having a 2D screen appear on the Quest it’s full-on VR experience complete with 6Dof and Touch controller tracking.

In our experience Streaming VR games and Apps to the Oculus Quest can replace natively playing games on the Oculus Rift or Vive or other VR headset you might have. It also means some games which release on the Quest like Sairento VR and Star Wars Vader Immortal which are watered down to suit the hardware can be played using the PC version with its superior visuals. We’ve played numerous games like this and whilst there are some visual distortions at times the overall experience is on par with playing natively. However this is largely dependant on your wireless connection and what interference you might have around you.

To get it working:

-Connect the Oculus Quest to the router to the 5Ghz connection, not the 2Ghz connection if your router has both. Make sure to disable any auto switching.

-Download the ALVR Alpha 5  using the instructions on this page – https://github.com/polygraphene/ALVR
-Then download this app to side-load the ALVR Apk onto quest – https://github.com/the-expanse/SideQuest You will need to connect the Quest to your PC using the included cable to do this.
-Once ALVR started we found the server would not connect to the quest properly. This required disabling windows firewall on our Private Network setting in Windows 10. There might be another workaround so you don’t have to do this each time.
-Start ALVR on PC
-Make sure you up the resolution option to 150% in video settings.
-Launch the ALVR App on your Quest (located in Unknown Sources in Library)
-Once successfully connected you will enter Steam VR home if you have that enabled. If not then hold the left TOUCH menu button and Steam Dash will load. You can then boot your games from there. Alternatively, you can boot apps and other games using Revive or from the desktop.
-If you need to adjust the floor height just go to Steam VR settings and run the room tutorial – select Standing Room and follow the instructions from there or use Advance Settings in OpenVR.

Be aware that some games perform better than others and some games might need to have the ALVR resolution reduced back down to 100% to avoid stuttering. Also be mindful that games which require fast precise movements such as Beat Sabre might not be as effective due to the latency. I also find that games which present more confined spaces such as The Lab, or Job Sim, Sairento look better than those with longer draw distances. The decoder seems to have issues with longer draw-distances.

-In some games where there is a longer draw distance like Skyrim VR or Fallout 4 VR, The Forest you might see lots of blur and foggyness. You can increase the Bitrate and Buffer Size in ALVR. I set mine to 50Mbps instead of the default 30 and 500Kb Buffer instead of the default 200Kb. This improved the visual artefacts quite a bit for me.

-Additionally if your PC is powerful enough you can increase the Super-Sampling in Steam VR/ Oculus Tray Tool for each game for even better visuals.