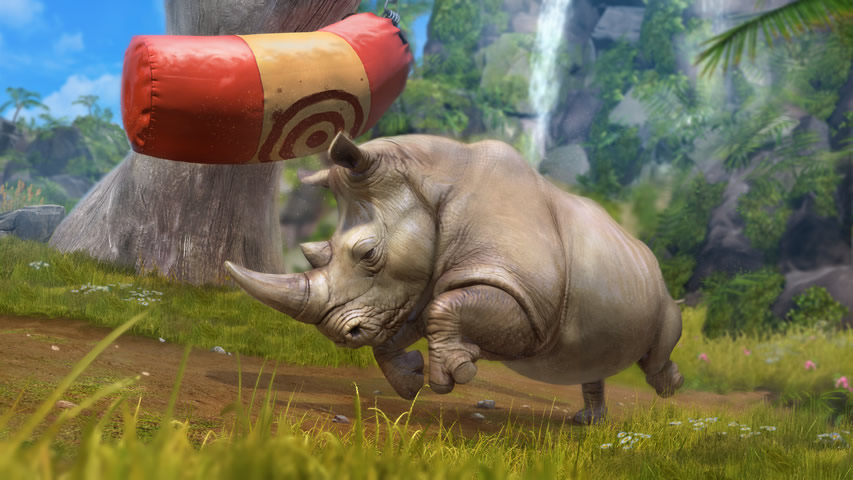 Zoo Tycoon released as a launch title for the Xbox One and has been developed by the same studio who brought us Kinectimals and Kinect Disneyland Adventures on Xbox 360 (Frontier Developments). With few games being aimed at the family from the launch line up, Zoo Tycoon looks like suitable nourishment for those who might not enjoy fully fledged management sims and would rather a more hands on experience. In this regard does Zoo Tycoon deliver the right sort of outlet, or does it simply fail to bridge the gap between complexity and ease of play. Take a look at our Zoo Tycoon Xbox One video and review for the full picture.

Today we’re taking a look at the Xbox One version of Zoo Tycoon which released as a launch title and has been developed by Frontier Developments who also worked on Kinectimals and Disney Kinect Adventures. The game places gamers into the managerial role of building a typical zoo filled with animals from across the globe, attractions and entertainment with the goal of making it a financial success and helping the endangered species of the World.

The game offers several modes of play including  a handy set of tutorial missions which should be the first port of call, and whilst these take a some time to complete, they do a fine job of introducing all the mechanics required to build a successful zoo. Once the basics are understood, which to be fair, aren’t that hard, players can then decide to embark on freeform mode, challenge mode or campaign mode. These are all variations of the same basic principle,  so any mode is a good place to get stuck in.

Playing the game is divided into two main viewpoints where a zoo view is offered which places players as an avatar in third person and can freely be controlled to move around the zoo and check out the animals and exhibits up close and personal. The Tycoon view is a more traditional management sim view which provides a handy top down viewpoint which can be panned and zoomed in giving greater scope to see the zoo in its entirety. Players will often have to switch between the two views to accomplish a number of timed challenges the game throws at you, where failure or if ignored can result in a negative outcome  such as loss of money or visitors. The main onus of the game, is to keep the punters rolling in, expanding the zoo and bringing in the coin.

Building components and adding animals is very easy to the point that all the info is readily available so that players can simply experience the development of the zoo without having to wade through complicated menus and such like. In fact, the interface is excellent, albeit somewhat simplified when compared to similar games in the genre, but ultimately it works well.  Players use the cursor to either highlight an existing exhibit or an undeveloped piece of land, then simply choose the type of habitat and place it. Then animals and additional elements such as feeders and cleaning stations can be added.  It’s not all about the animals though, and as the zoo grows in size, players have to think about the needs of the visitors to keep the numbers growing. Things like eateries, entertainment booths and toilets have to be considered as well as the overall decoration level of the zoo. Once players have gained a fair balance of expected facilities will the customers remain happy and continue to visit your zoo. There are additional elements to aid the process such as running advertising campaigns and fulfilling some of the challenges which increase numbers, but ultimately it is how well organized the zoo is, what animals are showcased and generally the management skills of the player. A handy breakdown of stats and figures is always available from the zoo entrance, and at a glance, players can see the status of various factors at the touch of button and then deal with any issues with relative ease.

Aside from managing the zoo, there are additional elements to mess around with as players move around the zoo in the zoo mode which sees the player avatar running around or using a buggy. Some mini games, and interactions are present, but most of all players can use Kinect to feed or wash animals, or even play some games using an interaction station. The Kinect play is optional, and feels very much like what we’ve seen in Kinectimals such as having monkeys mimic players moves, although said moves are a little more intricate such as winking, smiling or covering one’s ears. It all works well and serves as a optional distraction that would keep younger viewers a little more entertained.

In terms of looks, the game does sport some pleasant visuals that do a grand job of conveying the movements and textures of the animals. Whilst the humans look more animated than realistic, the overall levels of detail are good.  There’s nothing really to fault from a visual standpoint as everything from menus, to navigation to help tools are easily accessible and well realized.

Audio is another area which is fairly pleasant and comes with the right sort of sound effects you would expect from a zoo. There is an overall background music track which creates a bit of atmosphere, but really what let’s the game down perhaps is a lack of human voices. In addition, players can use Kinect to issue voice commands, but again, this is an optional method of control,  considering the controller does a fine job any way.

Zoo Tycoon offers plentiful modes of play and then some with its never ending freeform mode which allows players to keep on expanding and then running the zoo as they see fit. There’s enough here across all its modes to keep players entertained except the only real criticism is that the formula to success is found fairly early on, where expansion simply repeats the same things but on a larger scale and with different animals. The co-op play is a welcome feature to have available, but unfortunately, it’s not easy to find other players unless you have friends heavily invested in the game.

To conclude, Zoo Tycoon is a solid game that is well suited to family and to a degree younger gamers as it offers a lot of knowledge about the animals that players can learn. It takes elements from serious  management games and turns them into a streamlined more accessible package. This is great for those not keen on having a game too deep and engrossed in itself with a wealth of options, and instead opts for simplicity which might not be so appealing to those who would like a bit more depth. That said, running a zoo is fun and with the game offering constant reward means there’s a good incentive to keep playing to raise the fame level of the zoo. If you like management games but were too afraid to invest the long hours required, then this is a great option to take as things can progress quite quickly. The game does a fine job of representing the trials and tribulations of a zoo and therefore is a success.