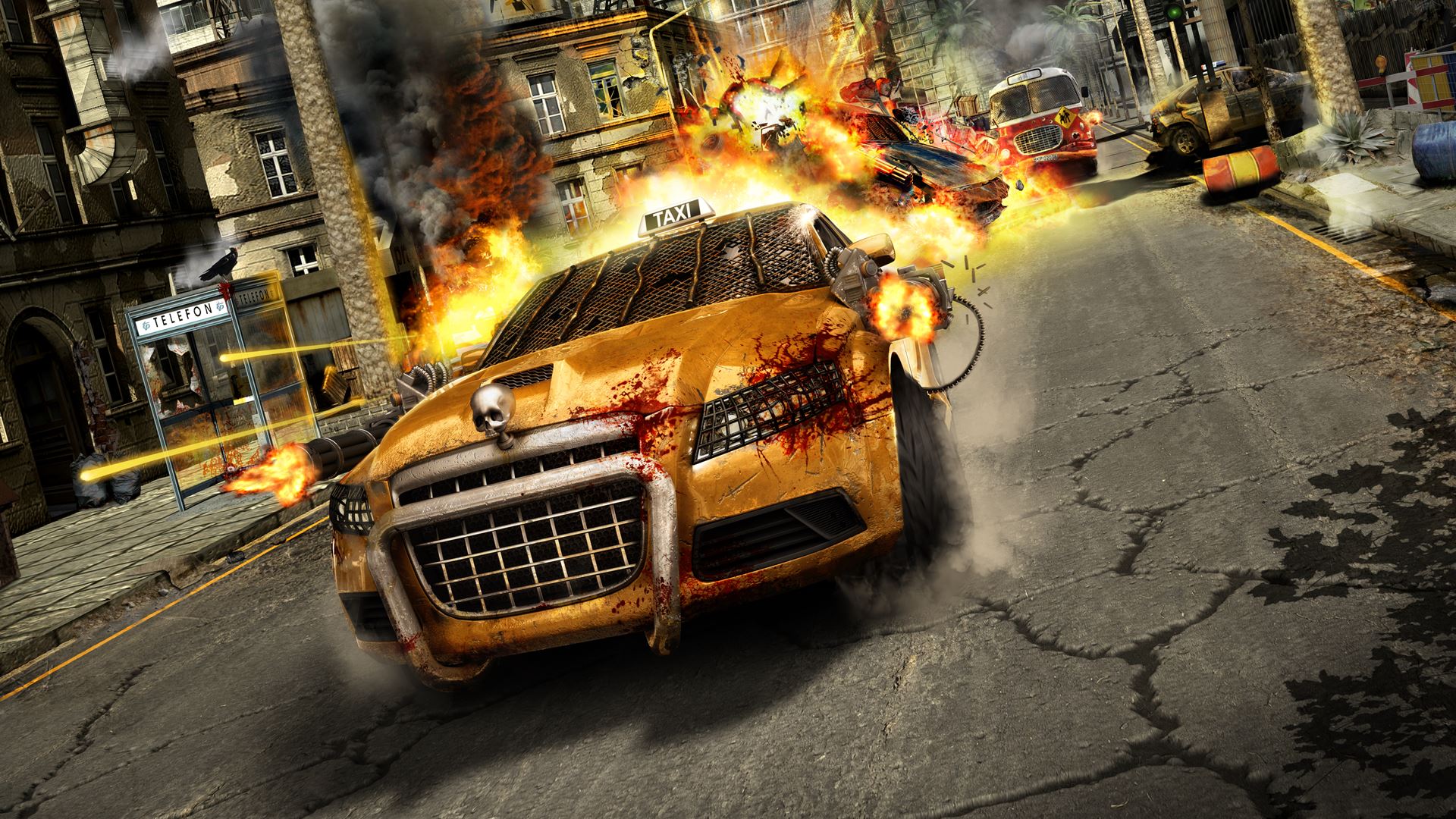 Xbox One needs to have more games available for people looking to do some gaming on the cheap and so to fill this void there are a lot of indie games in the pipeline which cater to an ever growing quick fix audience. Cue, Zombie Driver Ultimate Edition from Exor Studios a top down driving shoot em up which puts you into a well trodden theme of zombie filled post apocalyptic nonsense and has you driving and shooting the infected while rescuing a number of misfit survivors. Based on the 2009 PC game which has since been released on Xbox 360 and PS3, the Ultimate Edition is the cream of the crop with updated visuals and silky smooth 60 frames per second gameplay.

In essence playing the game means driving around the maps, killing and making sure survivors aren’t mutilated by zombies if you’ve taken too long to rescue them. It’s this urgency which gives the game its appeal and as you progress the maps become tougher to navigate as the number of survivors increases and the distances between groups of them widen. Failure isn’t an option most of the time, and if you do happen to mess up then it’s a lengthy restart from the beginning.

On paper the game and its premise is relatively sound but I found the gameplay to be a tad dull after a while simply because there’s too much repetition. Sure, you can upgrade a variety of vehicles which range from a pink stretch limo, cop car, ambulance and Taxi – to name but a few – but this still didn’t change the fact that each of the 30 odd missions boils down to the same thing over and over. I found it very hard to continue playing after so many missions and admittedly had to put the game down for a well deserved break. It’s good that there’s a lot on offer for solo players but if the end result means falling asleep behind the wheel then that’s telling in itself. 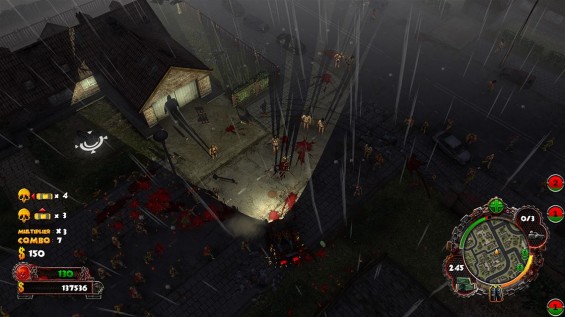 To add a bit of variety there are other modes which include a car based horde mode where the key is surviving as long as possible against waves on increasingly difficult enemies. Using rockets, machine guns and flame throwers alongside simply ramming into zombies is balanced against the health of the vehicle which can be replenished by picking up repair icons. Much like the main game, it’s fun for a while but has no real staying power unless you’re a fan of creeping up leaderboards against friends and unseen opponents. There’s also a racing type game as well which has you racing laps against AI vehicles with the aim of taking them out before crossing the finish line first. It’s quite a fun mode, but still is quite basic.

I don’t know what I was expecting from this game, but for all intents and purposes it provides some good (not great) top down arcade action which can be dipped in and out of for short periods. There’s some nice looking visuals here which are much improved from the original release with added lighting and shadow effects alongside the 60 fps smoothness, so that’s good but I found the game overall to be lacking something. Perhaps it was the basic narrative and forgettable characters, or the fact that repeating the same things over and over got to me more than the zombies did. Problem is, there are lots of zombie games out there, obviously fewer on Xbox One, but when up against the likes of games such as Dead Rising 3 which has a lot more personality and scope, Zombie Driver doesn’t quite sit in the same ball park. 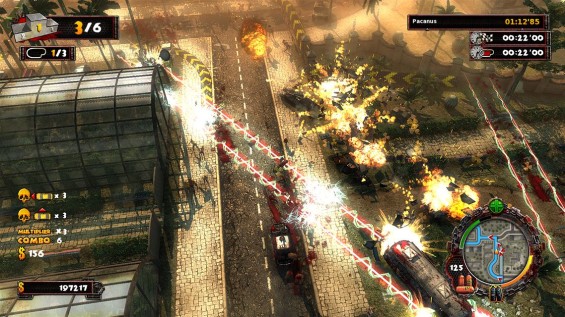 Do I recommend the game in light of its budget price of £12? Well yes if you’re a sucker for all things zombie, and milk every last drop out of your games then there’s good value here. As a piece of entertainment though, it’s lacking and too repetitive which makes the seemingly long length almost counter intuitive.  As I said, I got bored very quickly and had to take a several breaks between plays which says a lot about the appeal. All things considered I can only recommend buying this game if you’ve got money to burn or don’t mind very average gaming experience. There’s nothing wrong with this game per se, it’s just not going to draw you in for a long haul session which is a shame as driving and shooting zombies should be more fun than this.