To this day, XCOM: Enemy Unknown provides a very interesting lesson in marketing and recognizing market demands…for publishers willing to pay attention. Ever since shooters became the safe, go-to-genre of game to publish, many a franchise has been rebooted (often times in a gritty, realistic way) as a first or third person shooter. This is what almost happened with the XCOM franchise before it finally rose from the ashes in 2012.

Originally titled simply XCOM, fan backlash sent what would eventually become The Bureau: XCOM Declassified back to the drawing board while a more suitable reimagining, XCOM: Enemy Unknown, emerged from the depths of development hell to take its rightful place on the throne of alien-focused tactical turn-based combat…although there weren’t many potential successors in line, if we’re being honest.
In any case, while The Bureau simply existed, Enemy Unknown thrived, earned an expansion for itself in 2013, and finds itself with a proper sequel four years later in XCOM 2. While things are mostly the same, can we really say that that’s a bad thing for a game spawned from many people’s Game of the Year? I would say that we certainly can’t. 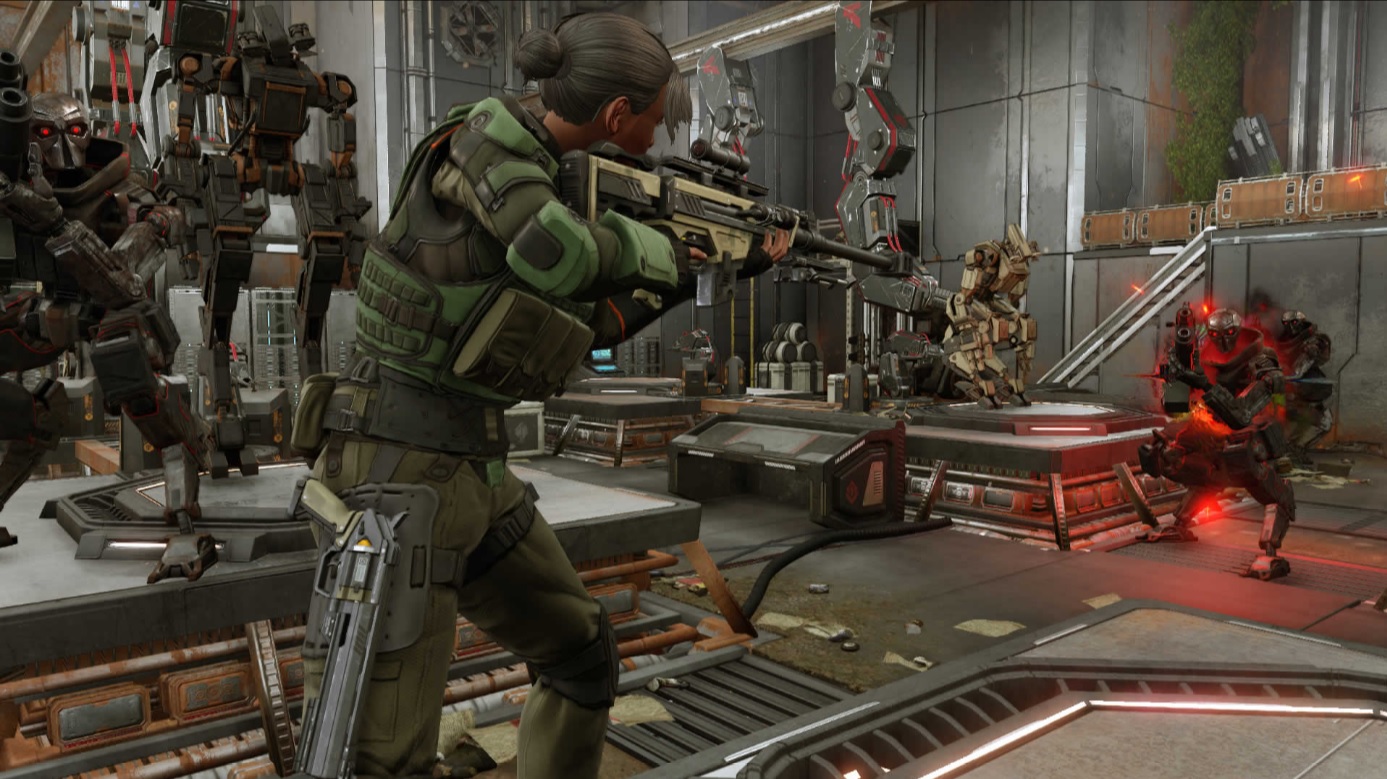 Probably the biggest change right off the bat is the setting, as we switch from a war against invading aliens to a resistance movement against an occupying alien force. It has been twenty years since “peace” was reached with the invaders, and the aliens have allegedly been diligently working to improve the lives of humanity across the globe…which you obviously know is a lie since you’re playing XCOM, not Intergalactic Negotiation Simulator 2016. Imagine Red Dawn on a more global scale, but in a battle against E.T. instead of Ivan Drago or Kim Jong-Un, and you’ve got the right idea.

This doesn’t really alter much as far as gameplay on the battlefield is concerned, but it does tweak the command and planning gameplay…slightly. While this functionally remains the same as the global crisis management aspect of Enemy Unknown, the focus shifts from setting up defenses and responding to attacks to finding resistance cells and setting up communications with them to coordinate your resources. That being said, there are still retaliations to concern yourself with, and there are still hard decisions to be made as far as where you can intervene and when, as sometimes you may have an entire roster of busted-up soldiers who simply aren’t in fighting condition. 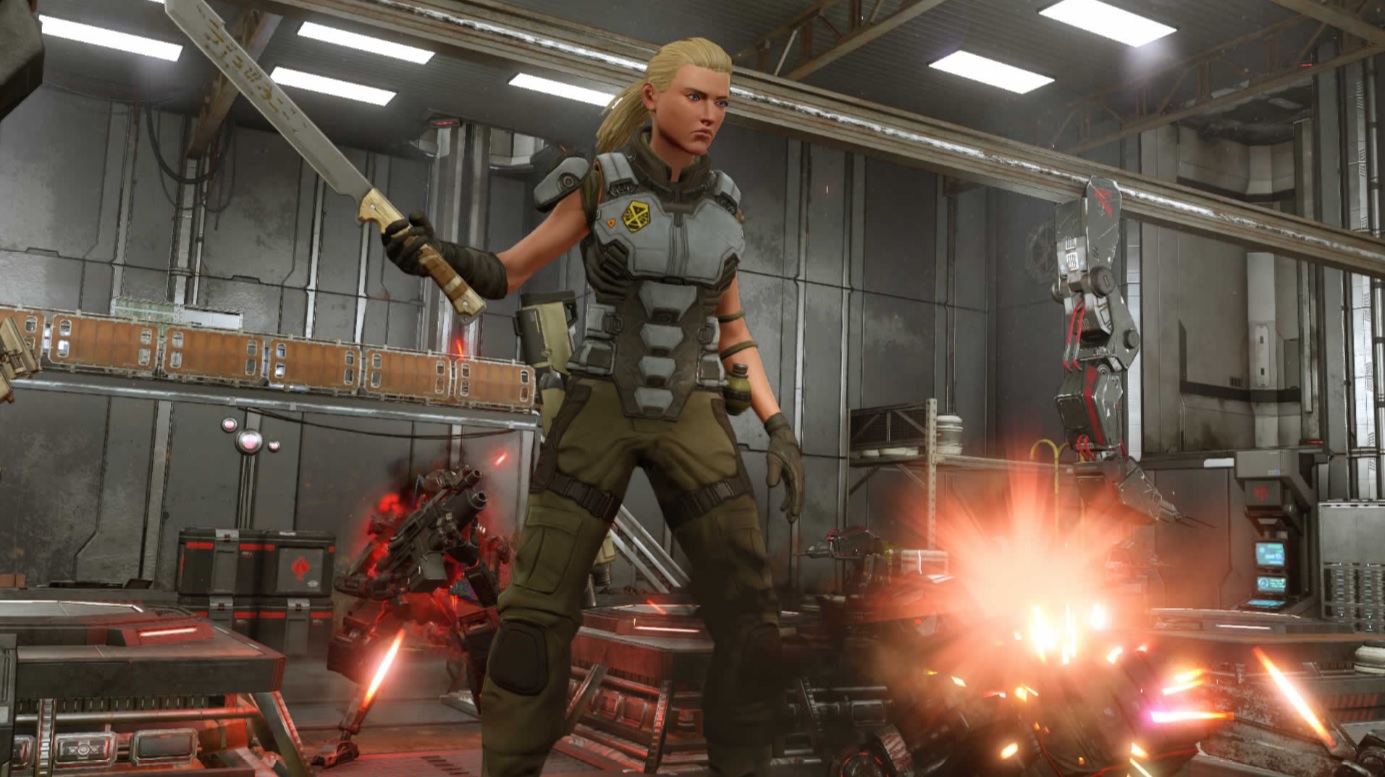 Now I may not be a five star general or a West Point graduate, but I’m no dunce either, and still I often found myself questioning my decisions in XCOM 2. Some fights were just so difficult that I wondered if I should’ve researched differently to prepare. This isn’t just some Tell Tale adventure game where your decisions are lip service to a story that will be told regardless of what you decide, your decisions in XCOM have very real, very visible consequences that you experience on the field. The weaponry, the armor, the abilities in which you choose to invest matter for each and every soldier and sometimes for each and every turn taken in battle. It gives a lot of weight and personalization to your experience in the game, and invests you in your soldiers because you trained them up from rookies as far as you could take them until they fall in battle or you complete the game. Some friendly advice? Having backup makes a huge difference: research the Guerrilla Tactics School as soon as you can.

Like before, there’s a lot of customization available for your base and your soldiers. You can research and renovate your base however you see fit, and your soldiers can have their look and origin completely altered. As they rank up, they gain even more customization options like scars, tattoos, and various accessories. They’re small details, but fun details, and they make your team all the more personal…and their loss all the more tragic if they die. 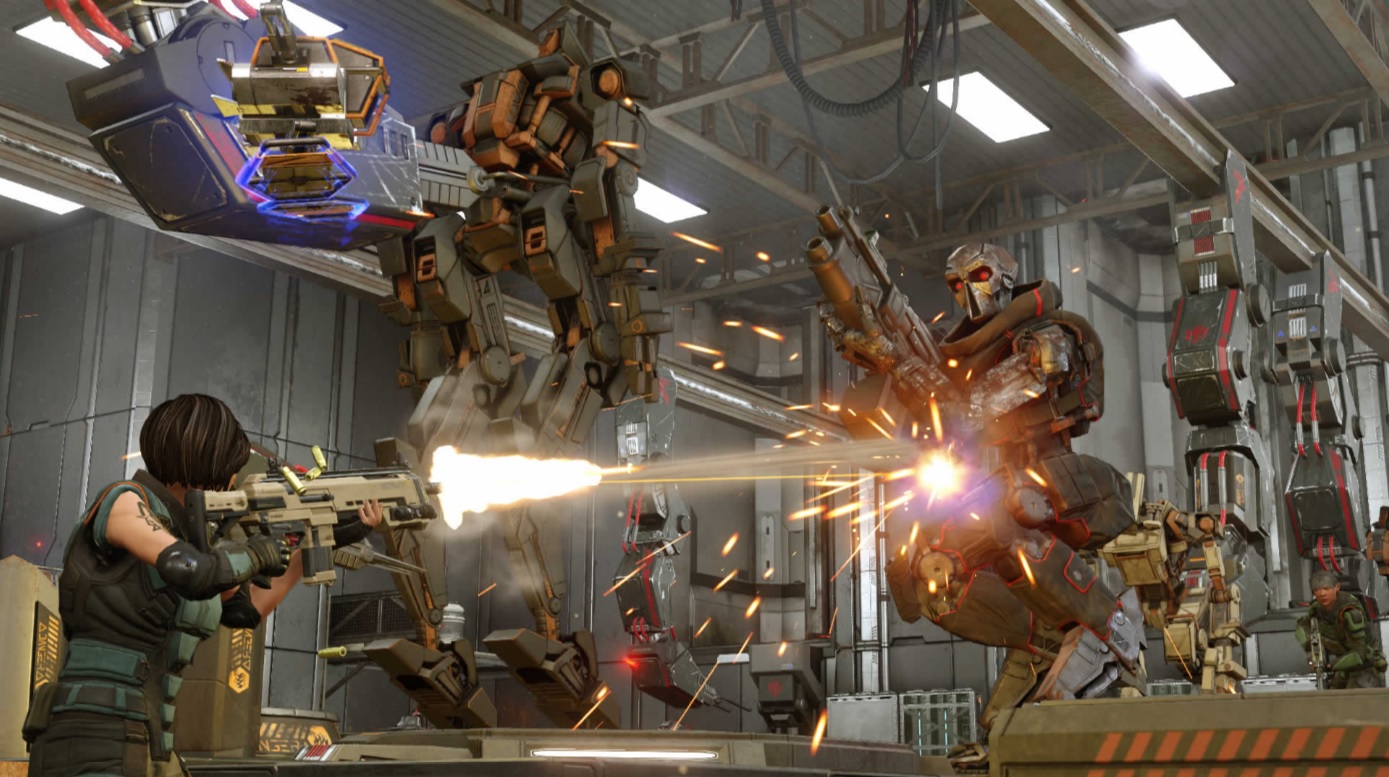 Appearance frills aside, there’s still enormous importance in how you equip and level up your squad. Once your soldiers achieve their first rank, they will become either a ranger, a sharpshooter, a grenadier, or a specialist, and as they rank up through those classes, you can once again choose between two different new abilities, be they passive bonuses or active skills to use on the battlefield. You can mix and match if you like, as well, so you don’t have to commit to a specific path as your soldiers rank up. They can be built however you think they will be most beneficial to your team makeup.

Now, once you take said team out onto the field, things will mostly feel the same if you played Enemy Unknown. Movement, aiming, turn-usage, all of the fundamentals are the same. Each soldier has two turns. Movement, based on stats and equipment, has a set range, and can be used once before any other action. You can also use both turns to fire your weapon from where you currently are, or use two moves for one long range dash into position. You can still hunker down for better defense, go into an overwatch position to cover your team, and use the special abilities and items unlocked and equipped from research. Cover can be either partial or full, with respectively lesser and greater defensive bonuses to your ability to avoid enemy fire. Line of sight still plays a huge factor for every class, especially for snipers in elevated positions, and functionally, this is a return to form for the successor of the 2012 Game of the Year winner. 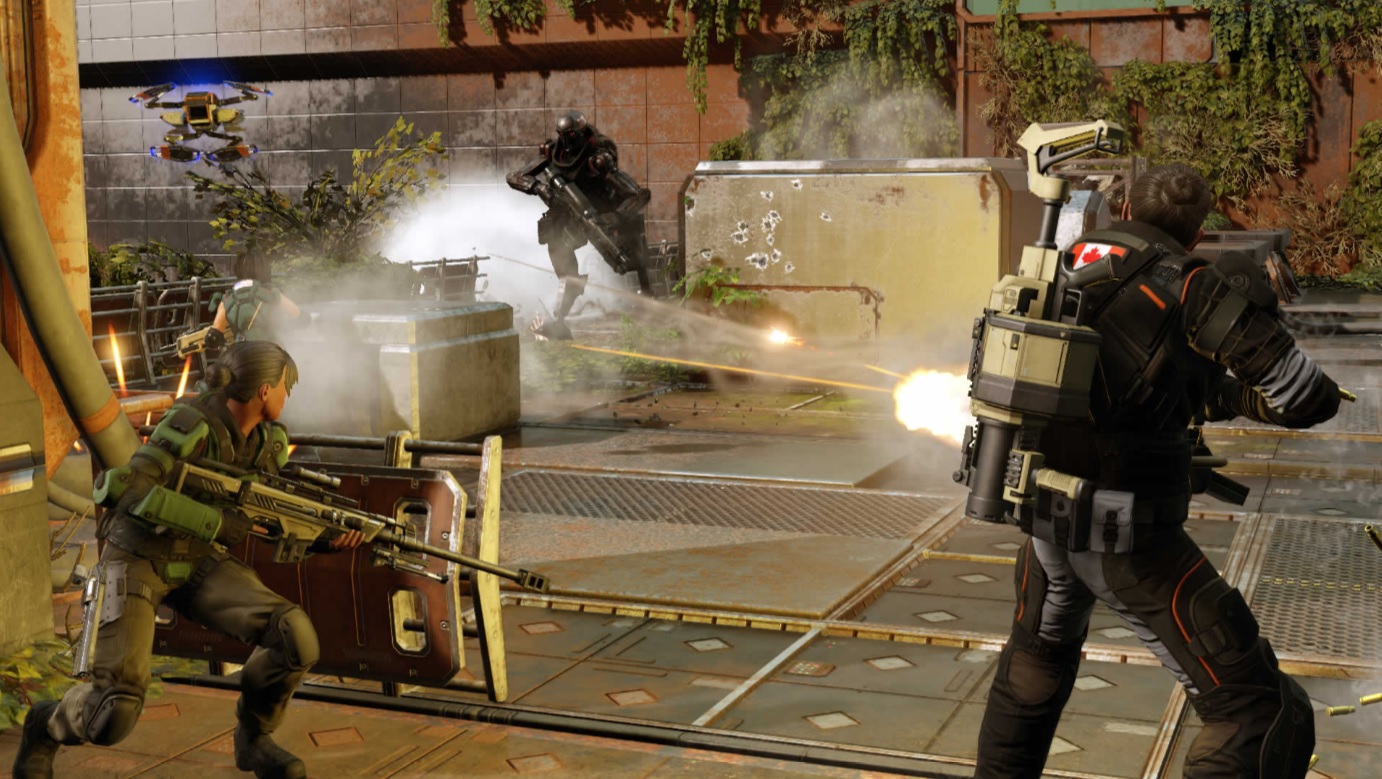 What has changed is the addition of a new concealment system, giving those of us with a mind for stealth a chance to set up ambushes and catch the enemy unaware. In many missions, your team will touch down a short distance from enemy patrols, giving you a chance to move your team around strategically and look for the best possible setup for an attack. Once your team opens fire (or gets spotted), concealment will be broken and the battle will commence with the enemy being well aware of where you are on the battlefield and moving to coordinate attacks against you accordingly. This places a huge emphasis on movement, even more so than XCOM 2’s predecessor.

Speaking of movement, anyone who played XCOM may remember that during rescue missions, or just certain missions in general, a lot of the terrain was reused from previous encounters. While you never knew what enemies you might be encountering, you nevertheless had a good idea of how to move about the map quickly and easily to get the best terrain. XCOM 2 happily boasts a new procedural map generator that ensures that every random encounter is now just that: random. Set patterns are now gone, making each mission a totally unique experience.

Despite being a generation apart from its predecessor graphically, XCOM 2 isn’t really an enormous leap forward. This isn’t so much a criticism as an observation, however, since the last game was quite the looker and the gameplay would be just as captivating with stick figures for animation. There is, of course, improvement in the textures and the designs are a little more realistic now. In Enemy Unknown the soldiers sometimes resembled Marcus Fenix, complete with enormous boots, but their proportions are more true-to-life now. 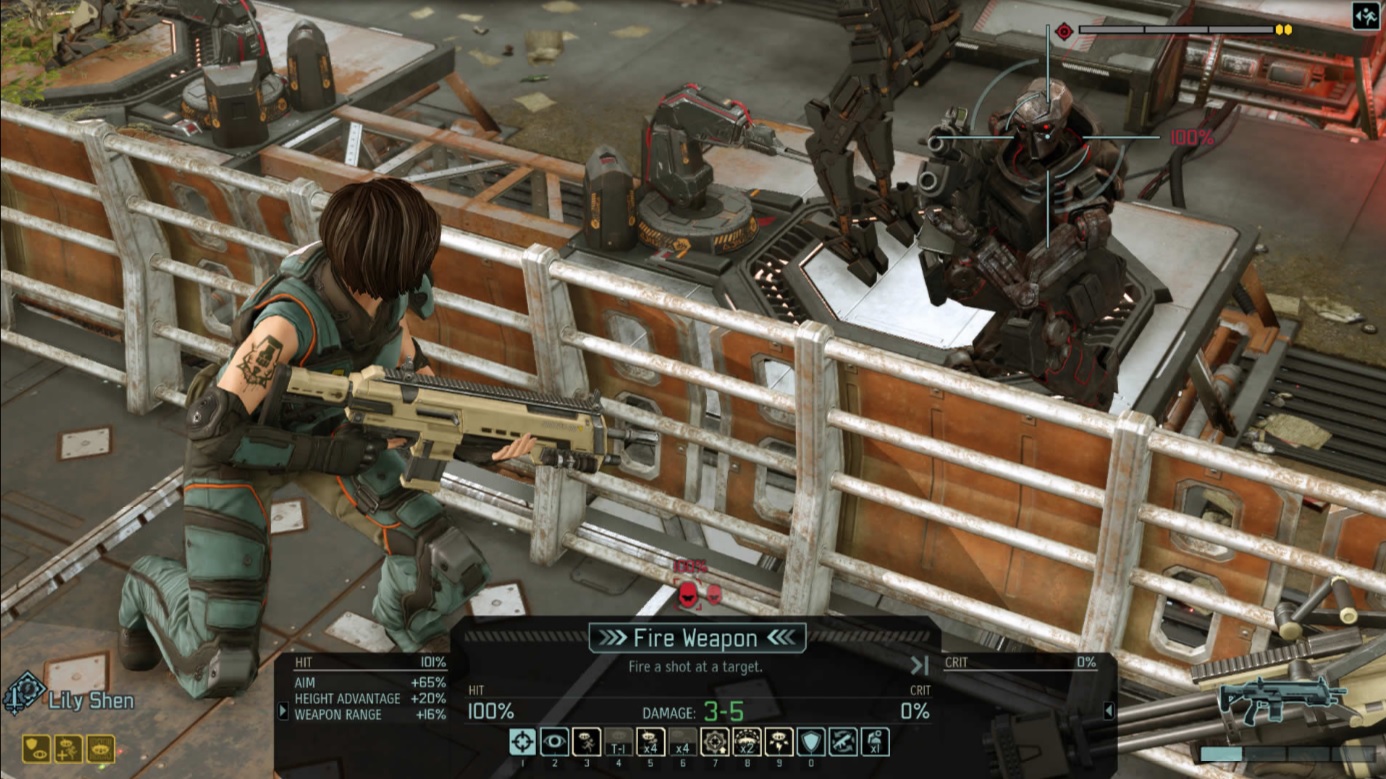 Like its predecessor, XCOM 2’s sound is a definite highlight. The character voices, spoken in a wide variety of languages, give the XCOM team a realistic feeling of multinationalism again, while the alien languages sound both sinister and foreign in a very otherworldly way. The sound effects are solid, and the music is both powerful and inspiring. The prep-music before each mission got me absolutely pumped and ready to kick some alien butt, and the battlefield music is appropriately tense for the stakes of each outing.

Unfortunately, despite being nearly perfect, there were still a handful of technical issues putting a damper on an otherwise flawless experience. The game suffers from some truly horrendous screen tearing. While it’s thankfully not very noticeable during gameplay on a mission, it’s downright jarring when you’re moving around the base or watching a cut scene. Aside from the screen tearing, the performance in general leaves a lot to be desired. General choppiness, delays in enemy turns, and even a few glitches can be found. At one point, I somehow managed to glitch out the enemy AI to the point where they stopped reacting and stood stock still for every turn in a mission, letting me shoot them without fear of reprisal and move around unfettered.

Even with the technical issues marring it, XCOM 2 is still such a fun, engaging, and addictive experience (I lost count of how many times I said “Just one more mission…” until 2 in the morning) that it’s easy to overlook the graphical issues and just lose yourself in the engrossing tactical action we’ve come to expect from this phenomenal series.