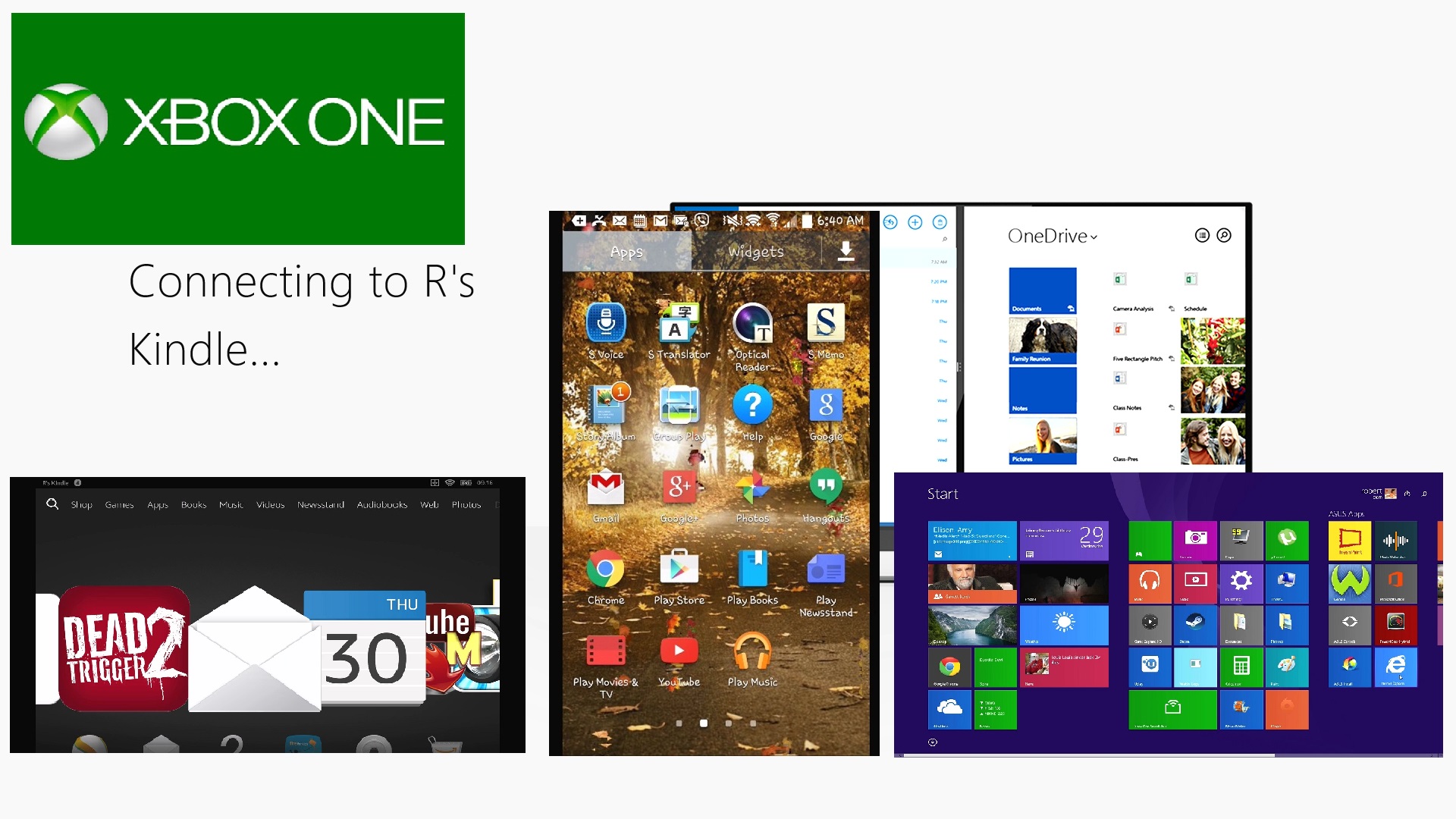 The Xbox One wireless screen mirror app allows for a number of devices to be effortlessly connected so that the display is mirrored on the bigger screen (depending on how you have your Xbox One set up). We put the app to the test using three different devices which included the Android powered Kindle Fire HDX, a laptop running Windows 8.1 (Windows 8 can also be used) and a Samsung Galaxy s4 which is also Android. Sadly our Note 4 can’t seem to connect but we believe this is a problem with the Note 4 software which will hopefully be addressed at some point. For those using iOS devices we’re not entirely sure this is possible at this stage or whether Microsoft will enabled those devices but according to the preview program survey which asks what devices were used there’s no option to select any iOS devices so it’s safe to assume it’s not possible at present. Anyhow, take a look at the video which shows the devices being connected and in the case of the laptop and Kindle games being played – although it has to be said whilst certain games are very playable, the latency means games which require precision i.e. Flappy Bird are not feasible.