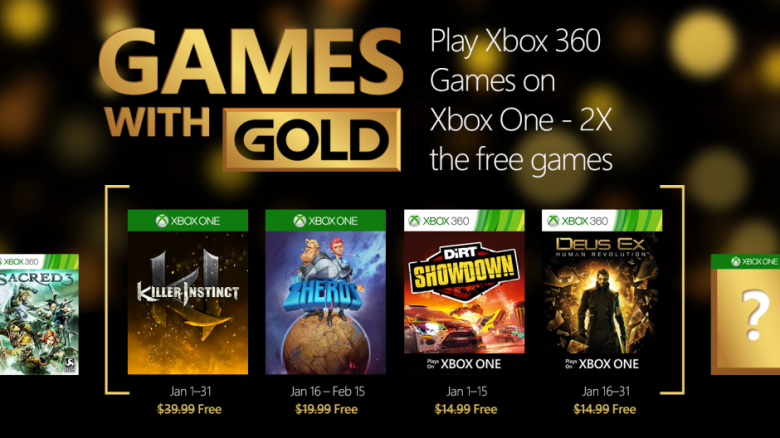 The Major has today revealed the Xbox Games with Gold promotional games for next month starting with Killer Instinct: Season 1 Ultra Edition ($39.99 ERP) and Zheros which will be available as a free download from January 16th to February 15th on Xbox One. Starting Friday, 1st January on Xbox 360, DiRT Showdown ($14.99 ERP) will be free up to January 15th. Then on January 16th, Deus Ex: Human Revolution ($14.99 ERP) is up for grabs until January 31st.