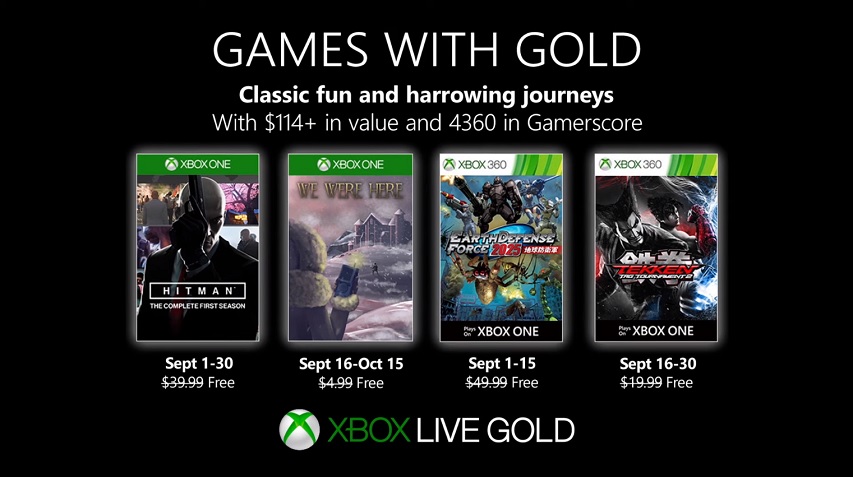 The Major is back with some more Xbox Games with Gold for the coming month of September 2019. This month sees the Hitman: The Complete First Season and We Were Here on Xbox One. Then Tekken Tag Tournament 2 and EDF 2025 on Xbox 360 (both playable on Xbox One via BC).