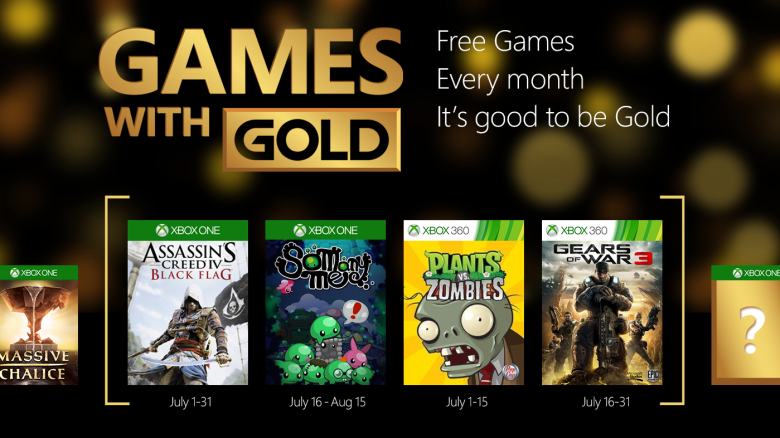 The Major has just released some details of next month’s Games With Gold promotion which offers free downloadable games for those who are Gold Xbox Live members. Team Xbox are keen to point out that it will be two years since the promotion kicked off which means from July onwards they will be offering two Xbox One games for download every month. On Xbox One Assassin’s Creed IV: Black Flag ($29.99 ERP) will be free during the month of July. So Many Me ($14.99 ERP) will be available as a free download from July 16th to August 15th. On Xbox 360 starting Wednesday, July 1st, Plants vs. Zombies ($14.99 ERP) will be free through July 15th. Then on July 16th, Gears of War 3 ($19.99 ERP) for free through July 31st. It will be interesting to see if any of these Xbox 360 titles are given the backwards compatible treatment in the future.