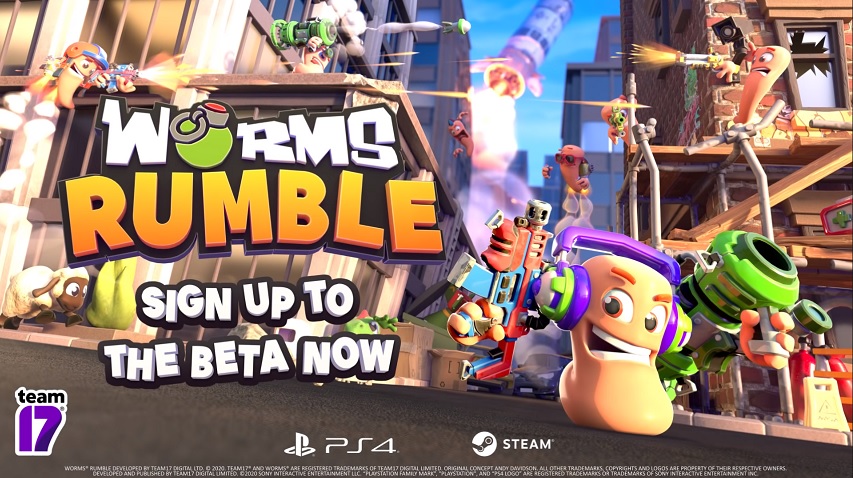 To mark the series 25th anniversary year, Team 17 present Worms Rumble coming to a console or PC near you (and next gen systems). Take a look at the announcement trailer.

PC gamers will be able to dive-in to the BETA – Registration is now open for players to participate in a closed beta of Worms Rumble on Steam, which begins on Wednesday 15th July at 12pm BST and runs through to Monday 20th July at 8am BST.