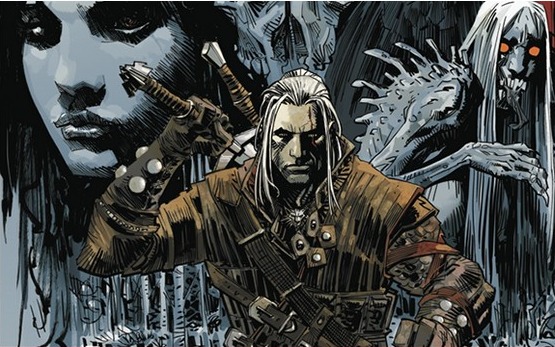 CD Projekt RED has announced a partnership with Dark Horse to publish a comic book based on their popular video game series, The Witcher. The new The Witcher comic from Paul Tobin, the Eisner Award-winning writer of Bandette, with art by Joe Querio (Lobster Johnson, B.P.R.D.) and covers by Dave Johnson (100 Bullets), will explore more of the dark world gamers are familiar with, utilizing an all new story within the game’s lore. Witcher #1 will be available for purchase on March 19th, 2014 in comic shops everywhere!  In the mean time, take a look at the cover art. “Travelling near the edge of the Black Forest, in the land of the Angren, monster hunter Geralt meets a widowed man whose dead and murderous wife resides in an eerie mansion known as the House of Glass. With its endless rooms and horror around every corner, Geralt will have to use all his witcher prowess to solve the manor’s mystery and survive.”