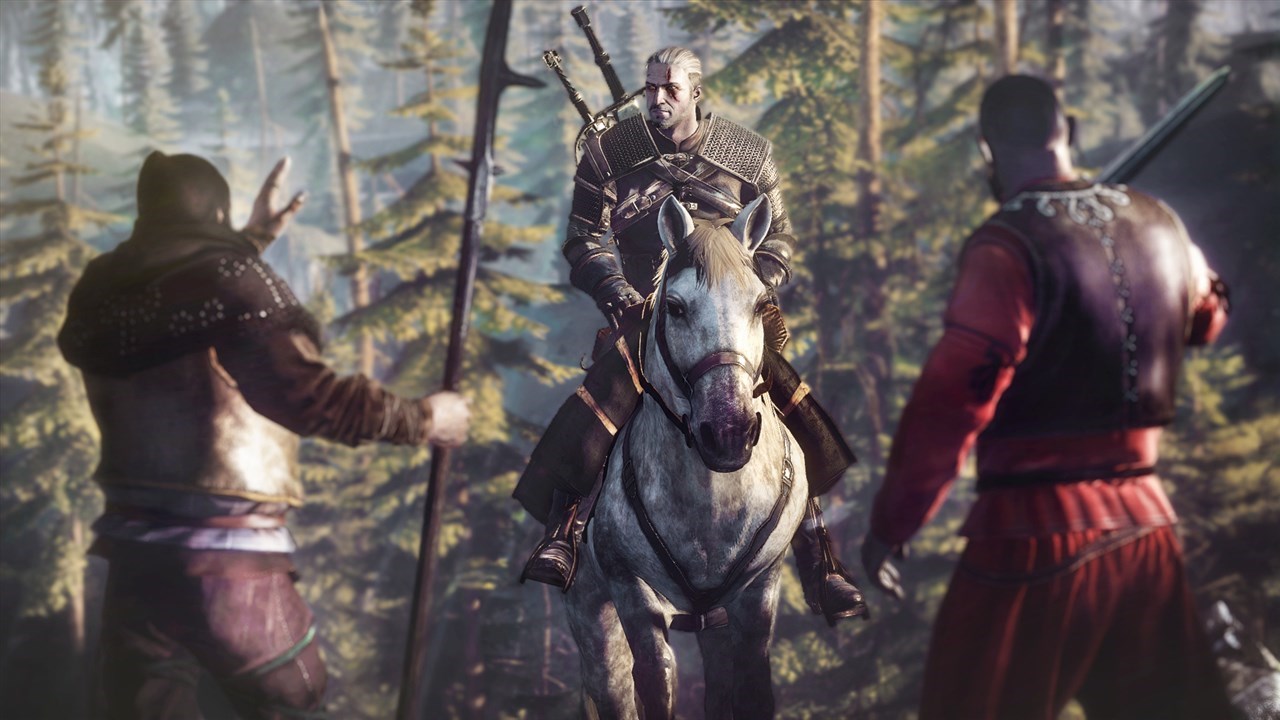 CD PROJEKT RED has today released a new and rather epic looking trailer for their forthcoming The Witcher 3 Wild Hunt which is coming to Xbox One, PS4 and PC platforms on February 24th 2015. They also revealed details of a special Collector’s Edition which features a host of additional goodies not seen in the standard retail and digital releases. For more details about the game, head on over to the official website.

– A Blu-ray™ Disc with the game (DVDs on PC)
– An exclusive CD with the official soundtrack
– The official, developer-created “Witcher Universe – The Compendium”
– A beautiful, detailed map of the in-game world
– A set of unique stickers
– A stylish, protective sleeve 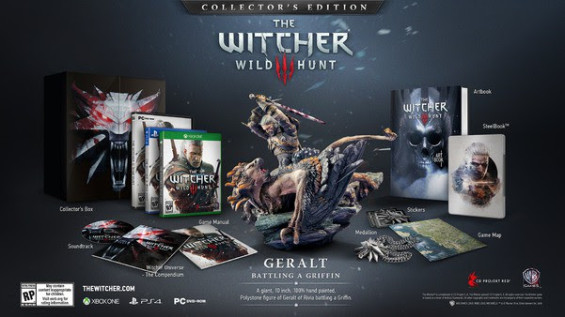 – All the contents from the standard edition of the game
– A giant, 33x24x26 cm (10”), 100% hand painted, Polystone figure of Geralt of Rivia battling a Griffin
– An exquisite, collector-grade Witcher medallion
– A one-of-a-kind SteelBook™ box
– A two-hundred-page artbook, containing breathtaking art from the game
– Huge outer and inner Collector’s Boxes you can store your Witcher merchandise in!

About The Witcher 3: Wild Hunt:

The sword of Destiny has two edges. You’re one of them.

The Witcher 3: Wild Hunt is a story-driven, next-generation open world role-playing game, set in a graphically stunning fantasy universe, full of meaningful choices and impactful consequences. In The Witcher, you play as Geralt of Rivia, one of a dying caste of monster hunters, and embark on an epic journey in a war-ravaged world that will inevitably lead you to confront a foe darker than anything humanity has faced so far—the Wild Hunt.

The world burns as the Empire of Nilfgaard pierces through the heart of the kingdoms in the north. Geralt of Rivia is pursued by an enemy devoid of mercy—the Wild Hunt, a mythical cavalcade of ghastly riders, harbingers of doom and destruction, capable of destroying entire settlements overnight. Driven by a deeply personal agenda, Geralt must navigate a maze of hostile forces to find and protect the one described in an ancient prophecy. Gritty and merciless, the world the adventure plays out in sets new standards in terms of size, ecosystem complexity and meaningful non-linearity. Experience realistic day and night cycles, observe weather changes that influence gameplay, and conquer the lush environment using arcane witcher lore.