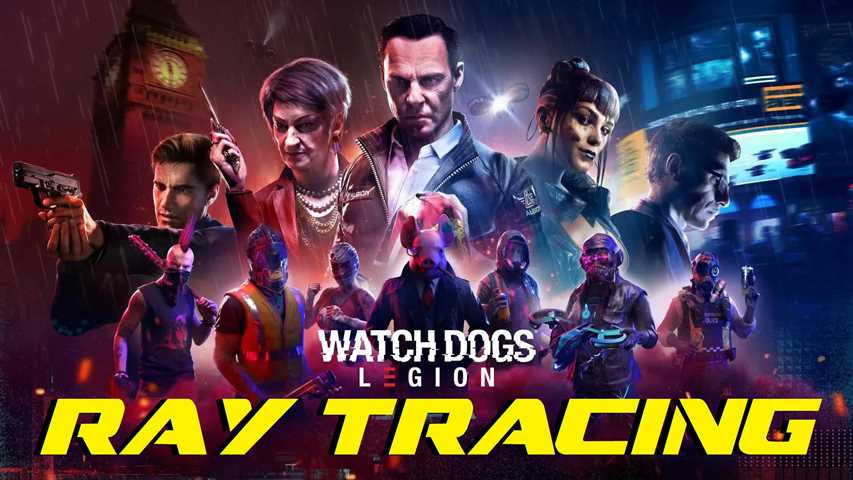 You have probably heard of “Ray Tracing” and perhaps believe it to be a buzz-word or something only PC gamers talk about. Well, times are changing and with the advent of PS5 and Xbox Series X, you’re likely to hear about it a lot more. Back in late 2018, we wanted to sample ray tracing in gaming as soon as it became a thing. In-fact, it was one of the deciding factors for us spending the high price of the RTX 2080 Ti. At the time, few samples existed, alongside a very high rendering cost in games like Shadow of the Tomb Raider and Battlefield V. However, we could see the benefits in making game worlds look more realistic. Fast-forward a couple of years and here we are on the cusp of two games that we think will push ray tracing into the mainstream. Cyberpunk 2077 and Watch Dogs Legion. The latter, Ubisoft confirm ray tracing on Xbox Series X at 4K30 frame per second which is highly impressive even if it’s using some dynamic resolution trickery and lower quality ray tracing settings.

We have some 30 hours under our belts in Watch Dogs Legion and can honestly say that ray tracing is the future as it looks incredible. There is really no contest between pre-baked and real-time reflections. Back in 2018, we had to actively seek out moments where it would showcase the effect on the environment in Battlefield V. In Watch Dogs Legion, it’s there at every turn, you simply can’t ignore it. The future then is bright, or should we say reflective, the future is ray tracing with less GPU/CPU cost allowing developers to introduce it into their games on PS5, Xbox Series X and PC. Take a look at our video where we talk about how ray tracing affects the environments of London in Watch Dogs Legion. It’s impressive tech and hopefully will become the norm.