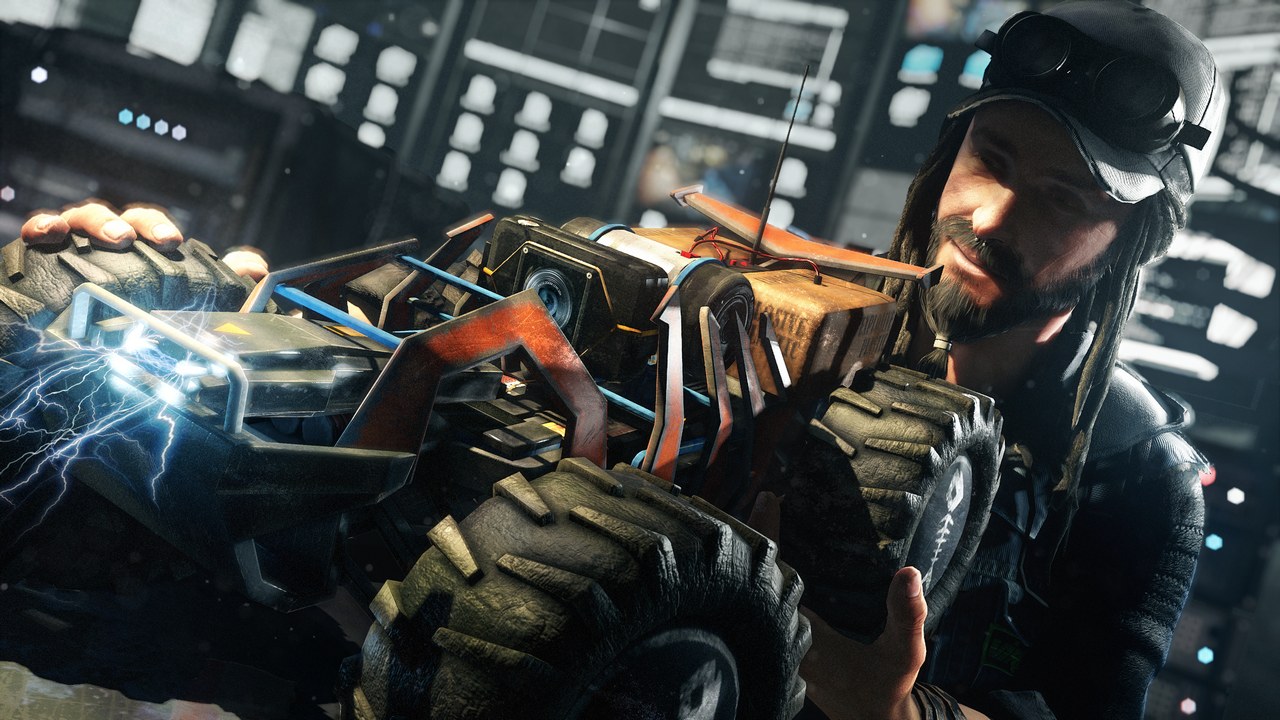 Watch Dogs fans burnt out on the original release can inject some new blood into their Chicago shenanigans by downloading the Watch Dogs Bad Blood expansion which features the character T-Bone who players met during the Aiden Pearce story. Is this distraction worth the price of entry though? Take a look at our Watch Dogs Bad Blood review for the full picture.

Today we’re taking a look at Ubisoft’s Watch Dogs Bad Blood expansion which is available now for all systems and weighs in at £12. Aiden Pearce takes a back seat here and is often reference throughout the story via the investigation missions but this time players get to control the cyber hippy looking character T-bone Grady who packs his own arsenal of motives to deal with Chicago’s bad blood. Essentially the gameplay remains consistent with the main game in terms of actions and how to perform them, except there are a few notable changes to familiar ground such as the new Street Sweep missions replacing those extra side distractions from before. There is a unique story to play through if desired and naturally players are free to explore Chicago at leisure whilst dipping into some new locations during the campaign missions. T-bone is a likeable character but does look rather oddball or unconventional given his potential methods of killing but at least there’s options to change his clothing by earning cash and unlocking new threads.

Probably the most notable change from Aiden Pearce is T-bone’s ability to use a remote controlled car which packs quite a punch and comes in most useful for players adopting more stealth like approaches to missions. Not only is the car well used during missions to reach specific areas but is well handy for knocking out guards from afar. There’s quite a bit of unforgiving challenge here in many of the missions where getting killed is quite easy (and frequent) for those who opt for stealth and often players are forced quite quickly to change tactics and bring out the guns.

The other massive change to the game is the inclusion of co-op gameplay for the first time where two players can tackle the Street Sweep contracts together. Players can join public open games or create private games for friends only. Voice chat can also be toggled on or off which is handy. Whilst there’s a bit of waiting to get into a game, once loaded players are free to roam with limited options but can drive, shoot and stealth their way to victory. It’s a great inclusion to include here even when playing with random players with mics off remains solid good fun.

Watch Dogs Bad Blood, is quite the package in terms of content for its asking price and with the inclusion of co-op has to come highly recommended for players who want to team up with friends. However, for those fully rinsed out on the original game, there’s not much deviance from what’s already been offered in terms of gameplay. The end result is simply more of the same which isn’t a bad thing. Fans craving for more Watch Dogs content will no doubt be well happy, but anyone else might want to think about whether they would like a repeat of what they’d accomplished months ago. The cynical can ponder whether the game is an additional £12 for a simple character swap and modes that should have been included with the original release.