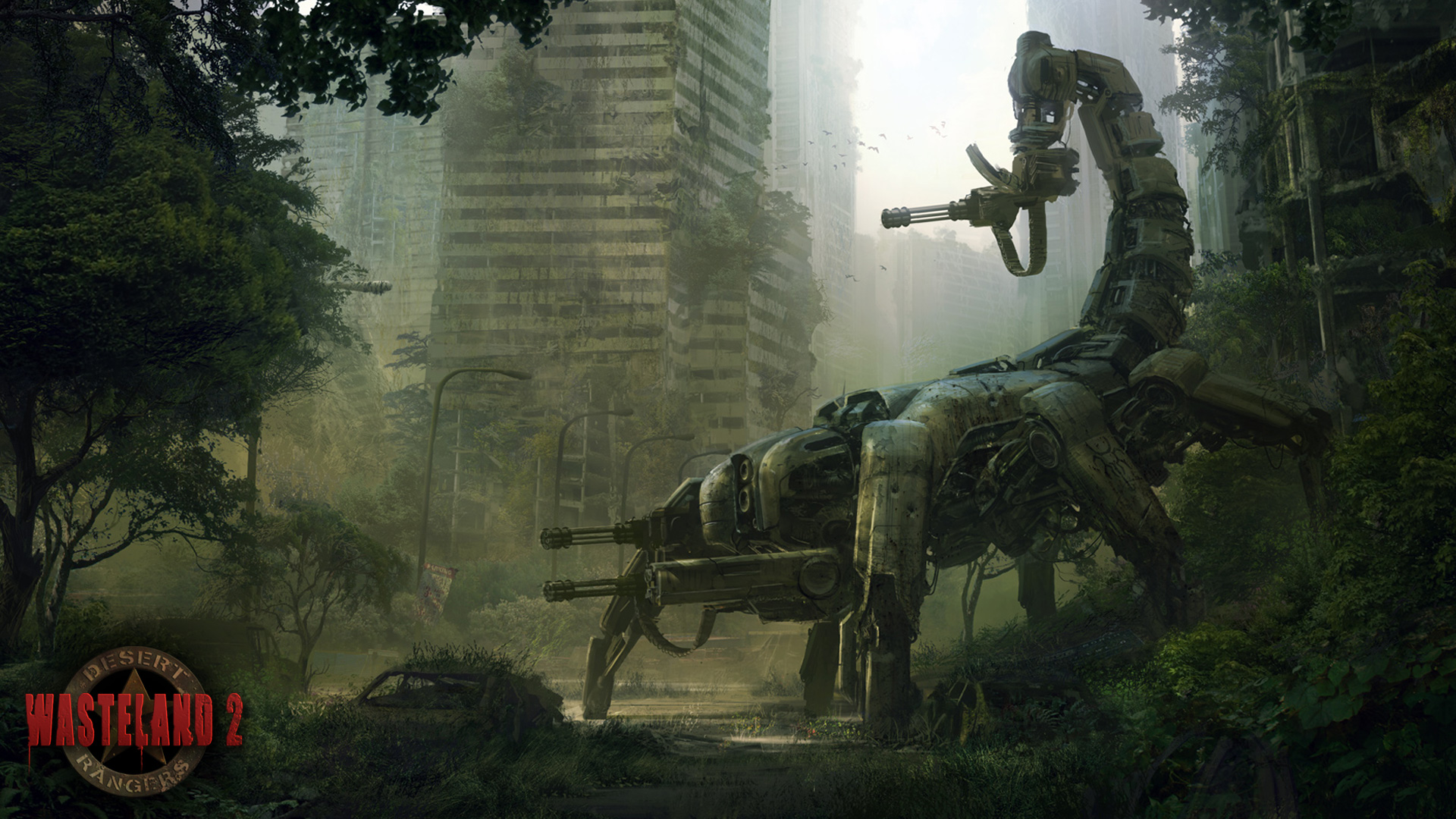 InXile Entertainment originally released the PC version of Wasteland 2 last year and after a bit of tinkering with the presentation has released the Wasteland 2: Director’s Cut version for console gamers. Those who already purchased the PC game get a free update which is fine and dandy and newcomers can jump right in to the strategy turn based post apocalyptic adventuring on Xbox One and PS4. With few games to rival it on console how well does Wasteland 2: Director’s Cut hold up given its PC roots and more importantly is it worth a punt.

In a nutshell players begin the game with a choice to choose a “ranger” character and three allies from a set selection of wonderfully bedraggled and hard nosed misfits or create their own team of four with the option to tailor the skills and base parameters of each character to suit their needs. It’s a drawn out affair if going for the latter but ultimately makes the game feel much more personal as you select hairstyles, head gear and other bits of worn out clothing for your male or female fighters. Once the stat based pleasantries are out of the way then it’s off into the radioactive wastelands as a ranger character who fights for the good or bad of the land. What’s actually pretty neat is the choices you’re given in terms of how you interact with NPC and specific quest characters. Giving an example, early on in the game one chap continued to be pretty rude to our unit despite us risking our lives and clearing out rogue bandits and such like. Rather than ignore the comments the choice was ours to simply gun him down and anyone else jumping in the fray which resulted in nice loot as a bonus. This is the thing with how Wasteland 2 is set up in that you’re free to explore and make choice at your own risk which sometimes pay off and others can lead to a quick death. 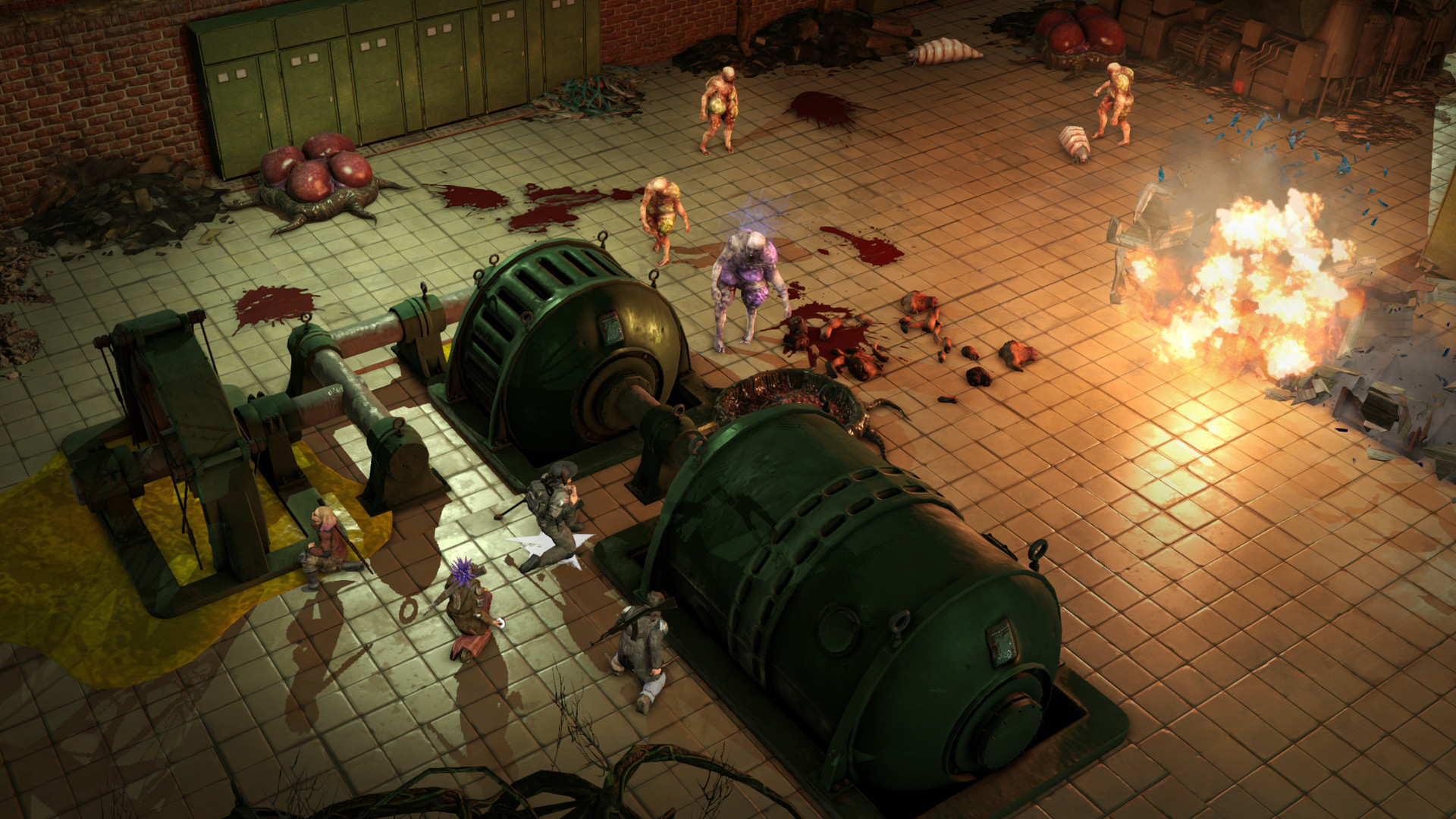 The game’s combat is perhaps only half the focus of the adventure as you’re spending a lot of time wandering around various settlements, listening to radio broadcasts – and catering to the needy if required – and generally speaking to NPCs for info and optional side quests. There’s a lot of ground to cover outside of the main story and when you couple the hostility from human and non-human opponents at every turn a ranger’s work is never done.

Anyone familiar with turn based games will feel comfortable with Wasteland 2’s approach, it’s as simple and effective as how well balanced your team is, what combat skills and weaponry they possess and a grasping of the hit chance percentages based on things like cover, elevation and plain good old fashioned luck. There’s a variety of real world weapons alongside the fantasy arms and adding more to the mix is armour and other items to boost your chances. Players effectively have to manage the squad which can grow with additional followers beyond the starting four as you progress. Combat remains satisfying despite the lack of real-time control, you can work as a unit or split the team up making for varied encounters if you’re more methodical rather than charging in blindly. If there’s any criticism levelled here it has to be at the hit chance percentages which often seem to work against the player. Too many times we’ve seen 90 percent or more chances missing at crucial points and very few low percentages hitting their mark. In this respect there’s some balance issues which to be frank is cause for lowering the difficulty to make for less frustrating experience. Luckily there’s a quicksave option which means any mistakes can be rectified with a reload and starting the encounter again with a bit of foresight. 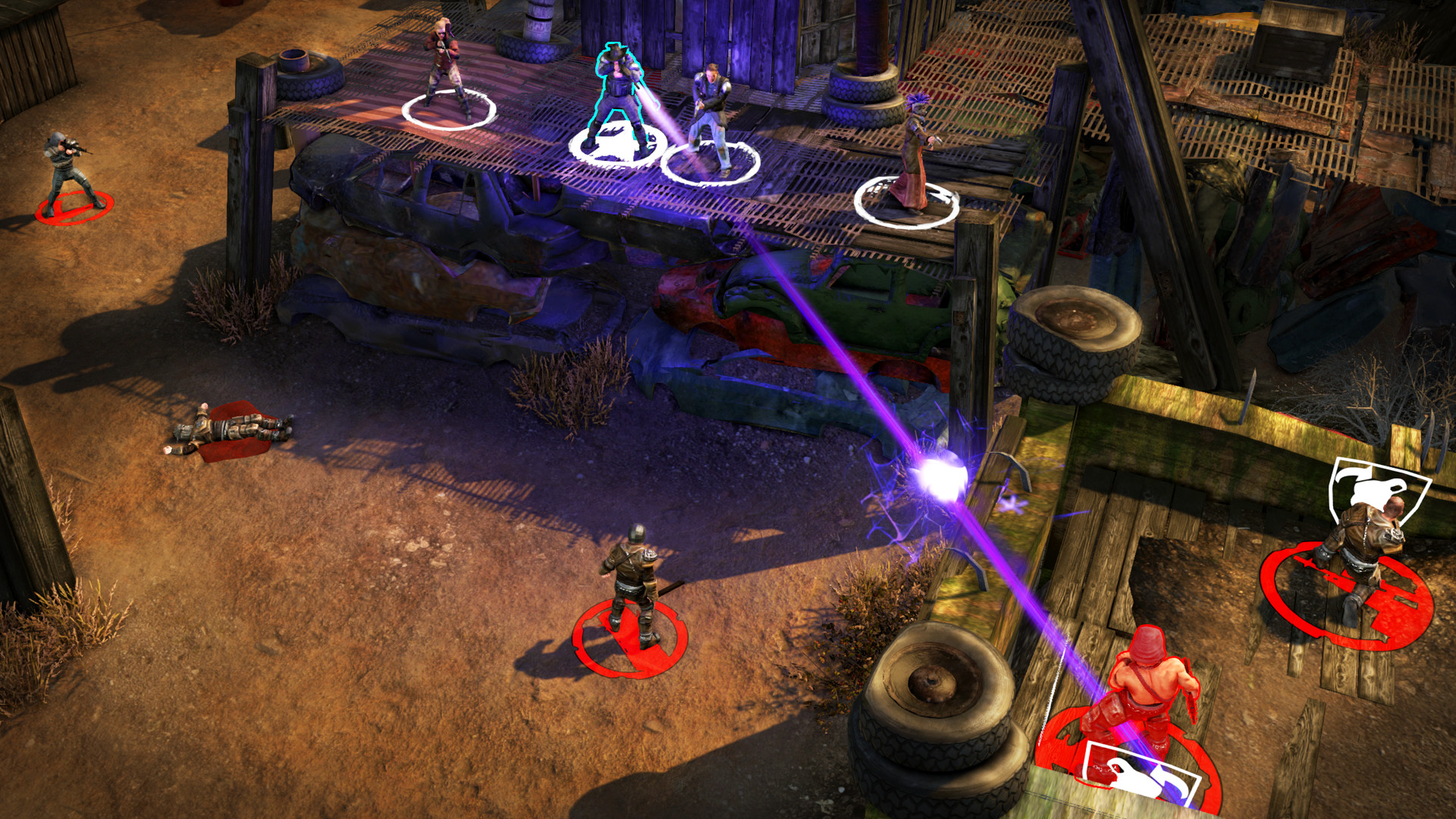 Wasteland 2 offers some neat visual elements which paints a dreary picture of life after the world we know is gone. You’ll see lots of remnants of our past and the flavour of people huddled together trying to survive. The Director’s Cut has certainly revamped the original’s visuals offering a better interface, game-pad controls, extra details and tones for its landscape. The game conveys its dark world pretty well except is marred by a truly horrendous camera which can be panned, zoomed and such like but doesn’t give the player much in the way of a viewpoint ahead. Sure, this is to simulate the fog of war style effect which is popular in turn based games, but here it just feels a bit too restrictive to the point players are left having to struggle working with it rather than it being a useful tool. The fact that the screen is filled with HUD elements also eats up a lot of the screen real estate which isn’t always handy when crucial elements are blocked during combat. The Xbox One version at least doesn’t look as sharp as its PC counterpart, and sadly the lack of 60 frames per second afforded to the PC version is absent. At times the frames noticeably dip below 30 but for the style of game isn’t too impacting on the gameplay experience aside from judder when moving the camera. 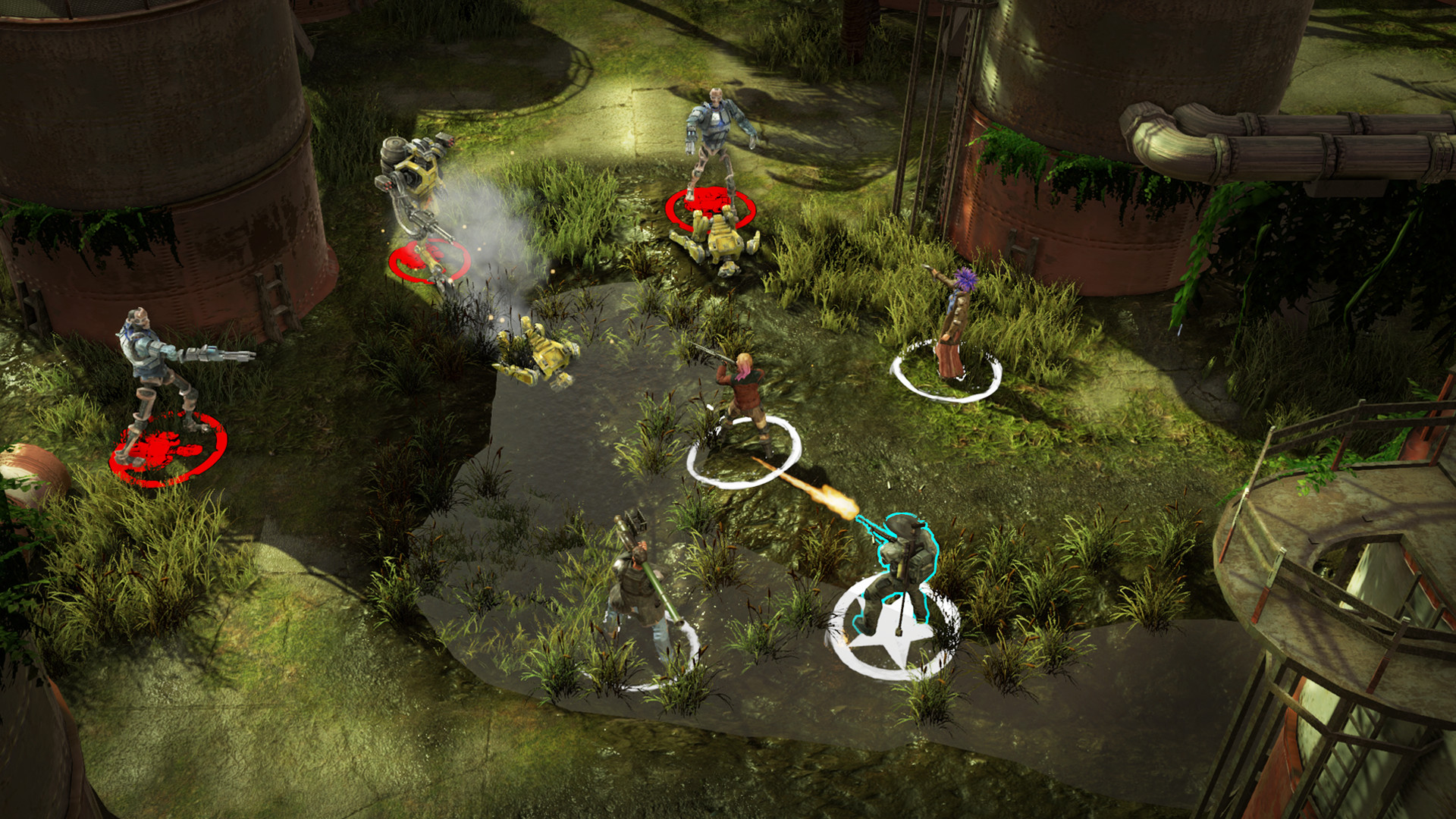 Audio also comes in as a mixed bag with some sections being voiced quite well and others ditching the voice overs entirely and leaving players reading reams of text. There’s quite a bit to wade through as well, so when coupled with the amount of time players are wandering makes for a slow paced game at times. There’s an eriee ambience running through the game’s audio sphere and what really makes up for it is the attention to postmodern humour and the like. The game is serious in subject matter for the most part, but rarely takes itself too seriously which is a big thumbs up to the writers.

Players can sink quite a number of hours into Wasteland 2 with an untold number of people to see, quests to fulfil and settlements to conquer. Player choices do have an impact in how events can unfold so there’s a bit of replay value on offer if you’re still gagging for more post credits. There’s also the choice to experiment with different character builds and if you’re really sadistic then upping the difficulty is an option. 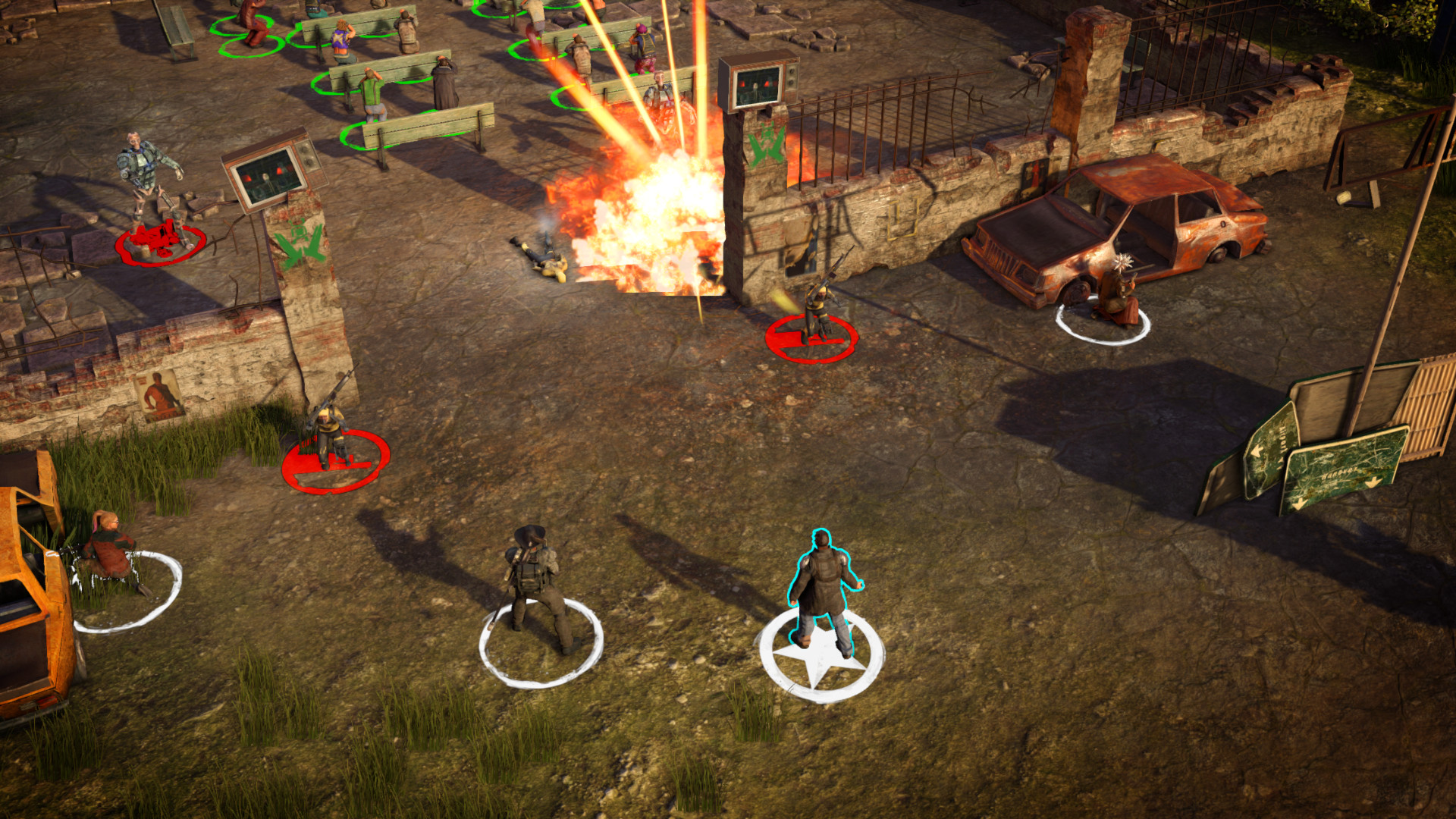 Wasteland 2: Director’s Cut is a neat game to arrive on consoles and a welcome addition to tried and trusted games such as XCOM. The mix of RPG exploration and combat gives the game its own unique flavour which overall works to the game’s credit. Aside from niggles with the camera and the lack of finer details on the console version, inXile has done a great job bringing the experience to new audiences with its revisions over the original release – although PC players are going to have to suffer at the hands of frequent crashes until the game gets patched. If you like deep and customizable adventuring then this is well worth checking out, although if you’re lacking in patience then the game’s relatively slow pacing might leave you itching for something more real-time.