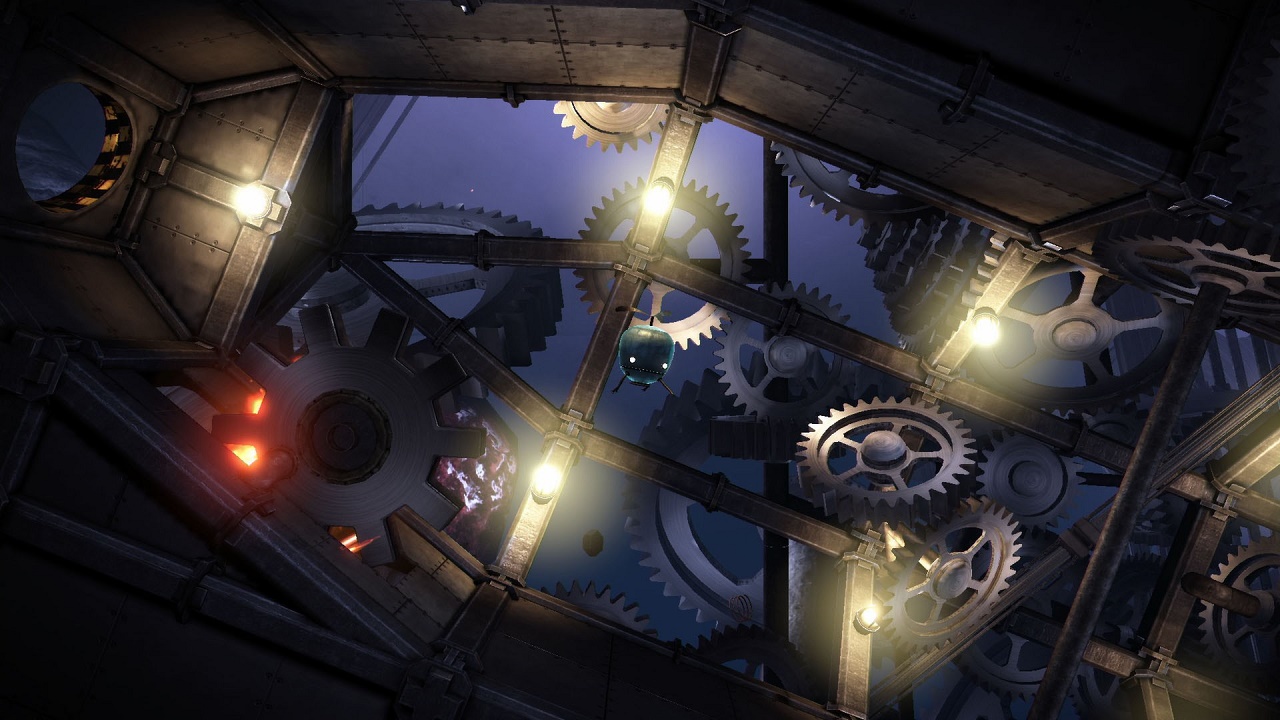 I’m not sure exactly when my love for puzzle videogames turned into an addiction, but needless to say there have been plenty of reasons over the years to feed that need to solve just one more. With amazing puzzlers like Portal, Braid, Tetris, Lemmings, Shadow of the Colossus, Tetris, Zuma, and so many more available through a variety of platforms it’s easy to get your fix at home or on the go. Some may have already played Tawala Games and Grip Games physics puzzler Unmechanical when it released on Steam back in 2012, but they are re-releasing the game with an extended version for consoles.

Unmechanical: Extended tells the story of a little helicopter robot who has been kidnapped from his family unexpectedly during a routine stroll above ground. You’re immediately transported through a pipe into a strange underground world where you must make your way through a myriad of puzzles to earn your freedom and try to understand why you’ve been abducted. You’ll start out with only your ability to hover around and use a small tractor beam that allows you to manipulate certain objects and pieces of the environment. 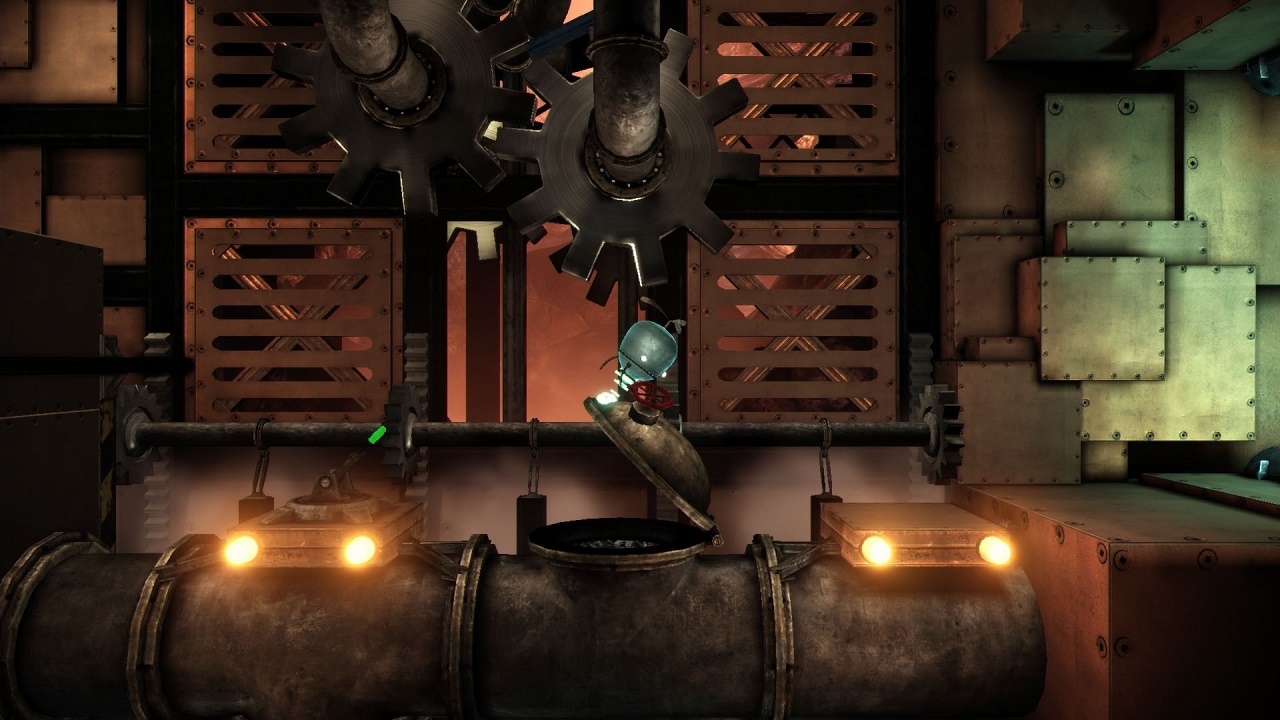 Although this may sound simplistic the controls give your little robot a visceral feel as you tackle the task at hand. Every movement builds momentum that increases with the weight of the load you’re carrying so that each motion feels deliberate. It feels so natural and real unlike many other games that boast about how great their physics engines are. As you traverse through environments you’ll be faced with a variety of puzzles to solve ranging from very basic jobs like moving objects out of your way to those that are more complex and involve several different tasks to complete. Although the skill involved to solve each objective fluctuates, they are no less satisfying when they are completed. The only downfall of these puzzles and brainteasers is that there are just too few of them even with the extended addition spicing the challenge up a bit. Players who are able to adapt quickly to the assignment in front of them will be able to clear the game in just a handful of hours.

Level design is clever and creates an ever changing backdrop that makes the player feel like they are in some different world that is both mechanical and living. The depth of the background is amazing and provides wonderfully artistic scenery that a player can get lost in. Unmechanical makes spectacular use of lighting and shading to impart a particular mood throughout the game that mixes well with the tempo of the changing tempo of the music so that players feel a sense of urgency with time based puzzles and curiosity when venturing into new areas. Your little robot may look unpretentious, but its character shines through with every bump and bruise it takes as it manipulates through the environment. 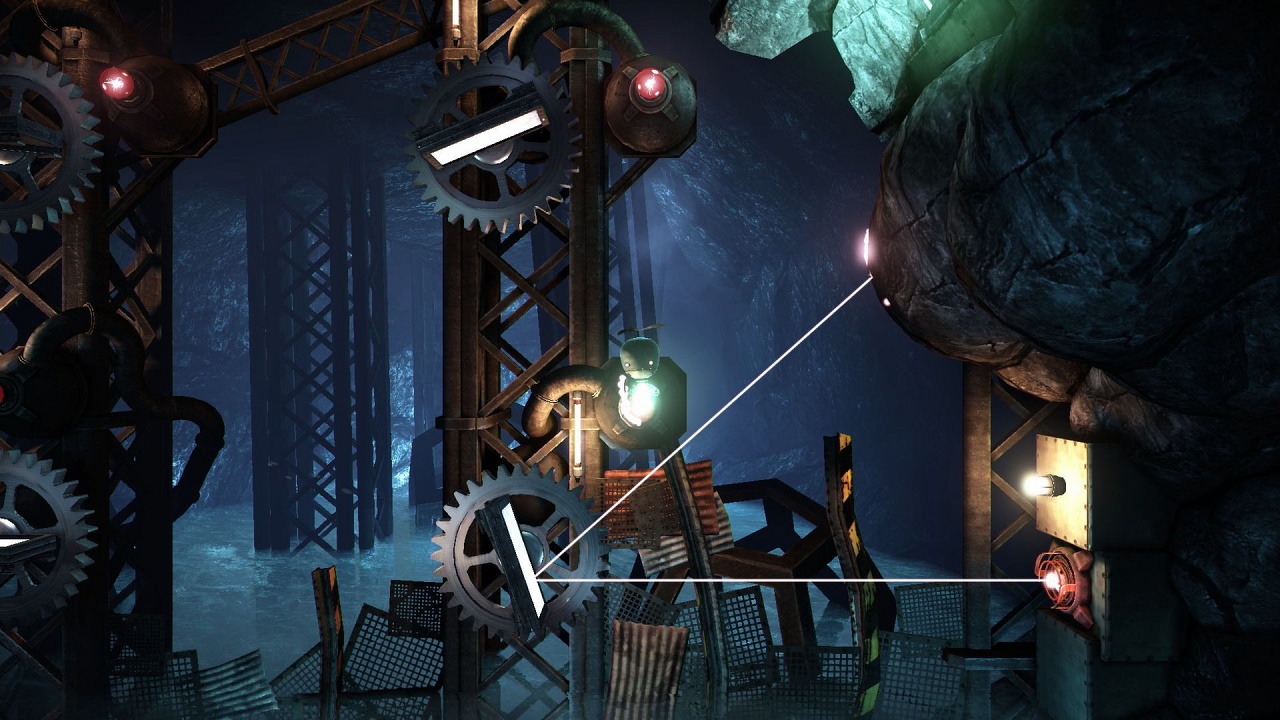 Overall, Unmechanical Extended is a game that any videogame puzzle fan must play with its fresh take on wonderfully designed challenges and atmosphere. You’ll be charmed by the little

robot and his journey to get above ground all while feeling the joy of superior controls that shows how much work Tawala and Grip Games put into this little gem. The only shortcomings are how fast you’re able to complete the game and the lack of replayability for anything other than achievements. This is just a minor blemish that is overshadowed by everything else the game does so right and once the game starts you’ll feel as though you’ve been transported into this very special world.