Ubisoft has today issued an official statement and apology via Ubisoft Montreal CEO Yannis Mallat‏ for its rather botched Assassin’s Creed Unity launch. The game released with lots of problems across console and PC platforms which despite numerous fixes is still not running 100% as planned. As a way of apology the company have ditched the charges associated with the forthcoming DLC ‘Assassin’s Creed Unity Dead Kings’ which will be made available free of charge to anyone who has purchased the game. Season pass holders have been offered further compensation with a free game from Ubisoft’s collection. You can read the full statement below. 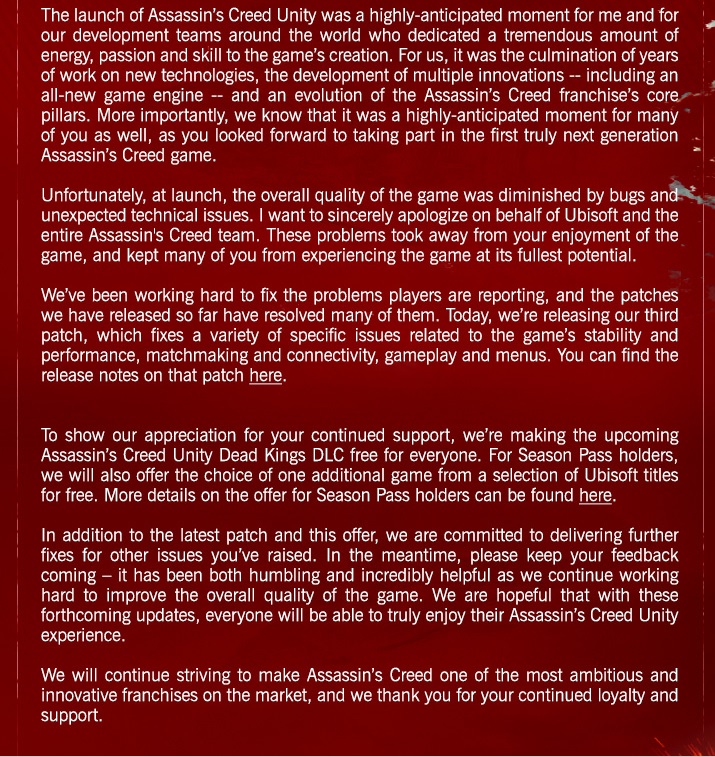