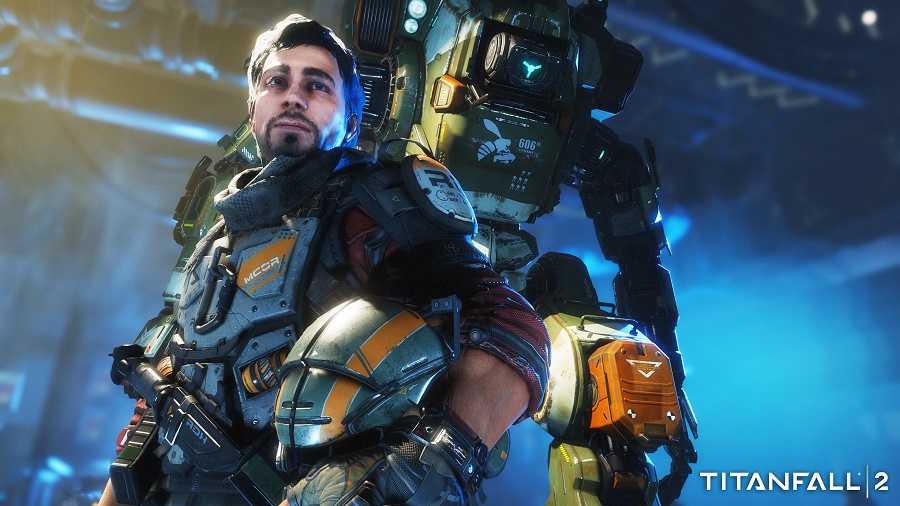 Respawn Entertainment released their futuristic shooter and sequel to the Xbox/PC exclusive Titanfall which launched in March 2014. Two years later and we’ve got a more fleshed out game considering the original was purely a multiplayer experience. Titanfall 2 addresses the concerns levelled at the first game and includes a comprehensive single player story this time and ramps up the multiplayer actions gamers are familiar with. There’s only one issue at the moment with the release timing and that it’s going head-to-head with EA’s other massive franchise Battlefield 1. There’s also the impending release of Call of Duty: Infinite Warfare just around the corner, so for this final period of the year shooter fans have got plenty of choice. So why invest in Titanfall 2?

That’s a good question which can be answered quite simply because Titanfall 2 offers its own unique spin on futuristic combat as seen in the first game. The story mode serves as a great introduction of the link between pilot (human character Jack Cooper) and Titan AI powered machine (BT-7274). It has to be said the inclusion of a story is a breath of fresh air for the franchise and paints a wonderful picture of the relationship between the two characters. One an unwitting hero who is thrust into a massive promotion without the training through unfortunate circumstance, and the other, an AI that adheres to protocol at every step of the way but somehow manages to be literal and charming at the same time – in an Optimus Prime a la Transformers kind of way. The two carry out the objectives set out by the Titan AI and embark on some intense and brutal skirmishes through several missions. The key here is the switching between fast paced acrobatic combat when controlling the pilot and more mechanized offensive moves when controlling the Titan. The balance is spot on here and what’s neat is often being able to swap between the two at will. 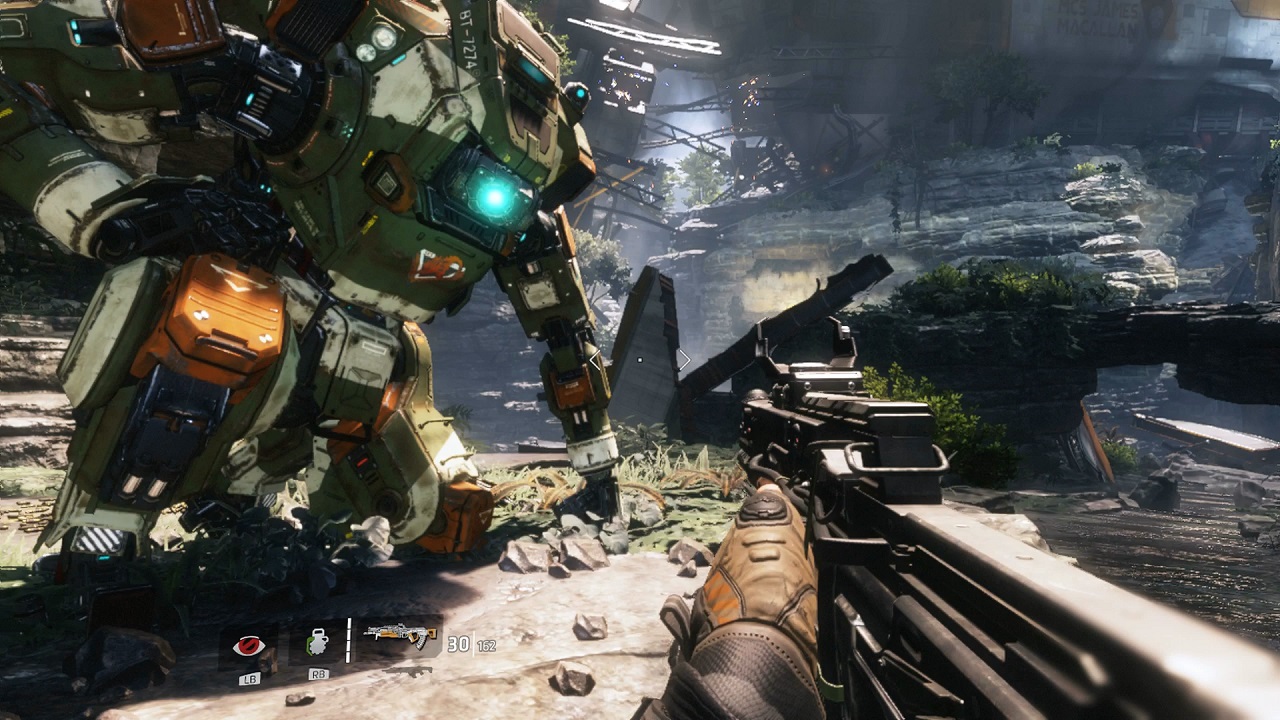 The single player campaign offers plentiful action-packed set pieces although there’s a bit of optional stealth thrown in as well for those who care. The combat is well defined, visceral, brutal even, with some excellent gun-play mechanics that are consistently satisfying and easy to pick up and play. There’s a neat variety of weapons for the pilot and titan offering plenty of choice in how you take out the human and robotic forces. The game effortlessly manages to get the flow and the delivery perfect that hooks you from start to finish. Midway through the story some clever time based elements are also introduced which provide some clever use of the pilot’s free-running abilities. The fact the campaign constantly evolves as you do makes it a joy to play. Titan based combat is also spot on and has you up against some suitable titan opponents often more than one at a time and really keep you on your toes. The BT-7274 isn’t some indestructible machine which makes ducking and diving in and out of cover, using all the offensive and defence tools available for tactical encounters. The end result is always brutally satisfying as you make mincemeat of opposing bragging titan pilots.

The core game sets you up nicely for what happens in the multiplayer – in a rather unsubtle way but still holds its own in terms of narrative. Whilst the story itself is very much Saturday morning drama the interplay between Jack and BT is what drives the events and player to move forwards. Some warming and sometimes humorous dialogue helps greatly here in giving the characters some needed personality outside of familiar gaming character tropes. 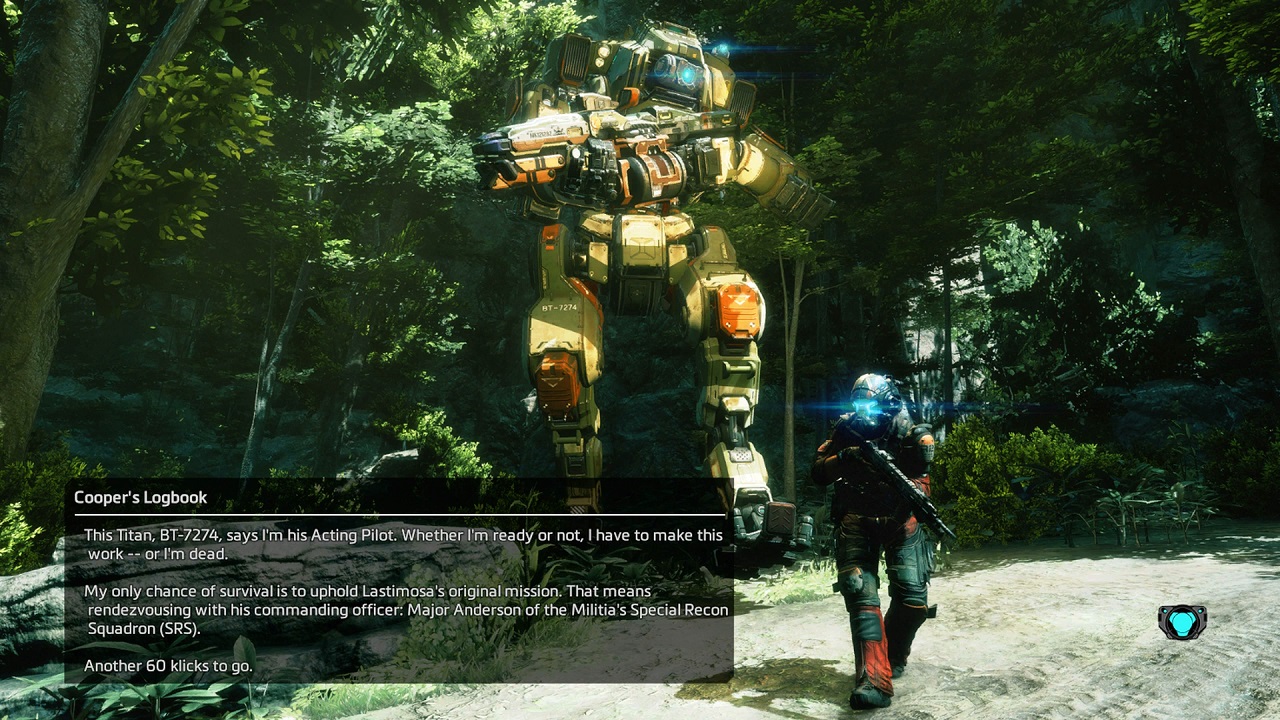 Visually Titanfall 2 looks grand with some great organic filled locations fused with industrial and futuristic designs. It would have been nice to see some more variety in the environments especially during the middle portion of the campaign, but this is a minor complaint really. From lush jungles to gritty interiors, the game’s visuals shift keeping each level interesting and worth pushing on. On a technical level the game runs very smoothly and even when the action heats up the Xbox One maintains a steady frame rate with all the bells and whistles in tact minus some heavy anti-aliasing.

Audio is of a high standard too with Matthew Mercer as Jack Cooper and Glenn Steinbaum as BT doing a great job of bringing the characters to life although this is down to a pretty decent script. Music is full on and the sound effects of battle are as you would expect them too with a mention to how good some of the weapons sound when the volume is cranked up.

Players can sink around 5-7 hours playing the single player with the choice to up the difficulty or replay to collect helmets. Beyond this you’re done if offline but it has to be said some sections are worth replaying again just because you can. The multiplayer offers the most bang for your buck with a variety of team and free-for-all modes with or without AI and Titans. Matches are fast paced affairs and with some customization options available as well to unlock there’s plenty to strive for as you level up. 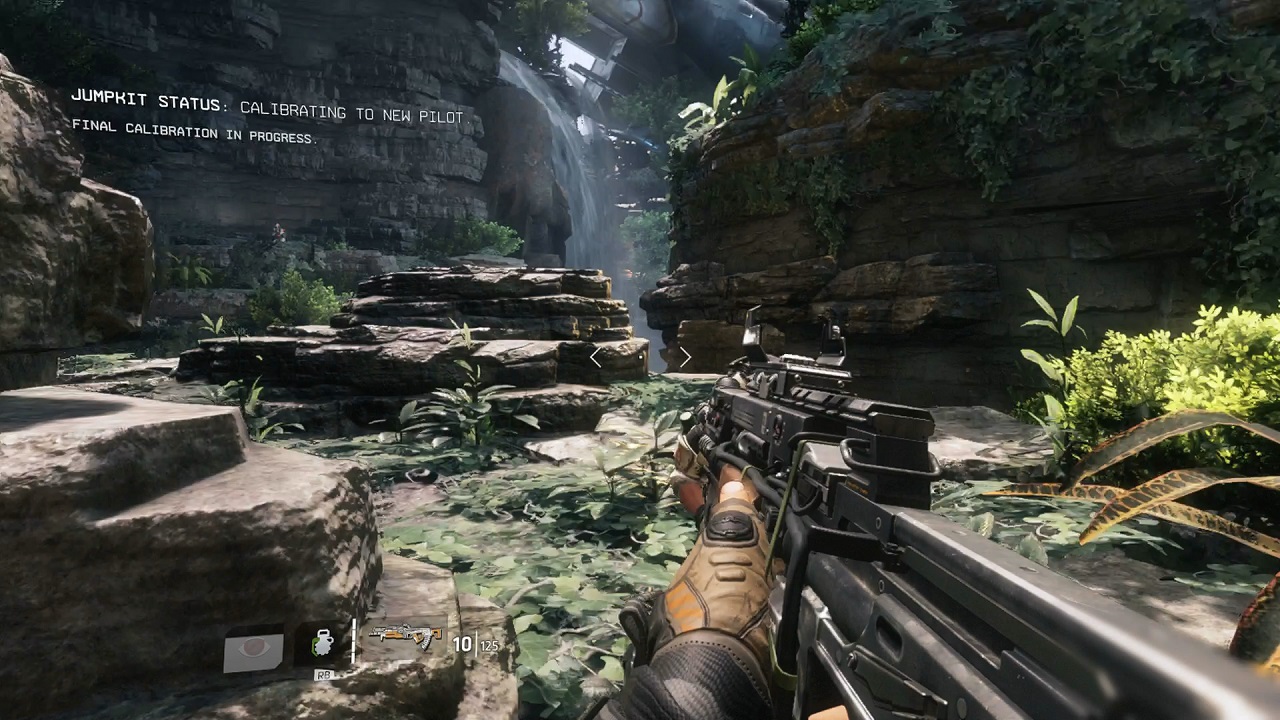 Titanfall 2 is a massive improvement over the original game thanks to a welcome campaign, a more refined multiplayer game and some high production values throughout. The use of Titan and Pilot based combat and the fusion of both sets the gameplay apart from its peers and for this reason alone is worth checking out even once the holiday period dust has settled. If you’re simply too engaged with some of the other titles available at this time of year then you’ll be missing out on a great all-round shooter experience. Solo offline players might want to think twice as the single player content is a bit lacking with no co-op options or localized play, so unless you’re a fan of replaying levels and collectibles then it might not be worth the launch asking price despite its good quality. This game is squarely aimed at those connected online to get the most out of it and if you do dip your toes into the story and multiplayer you’ll find a cracking game on all fronts.