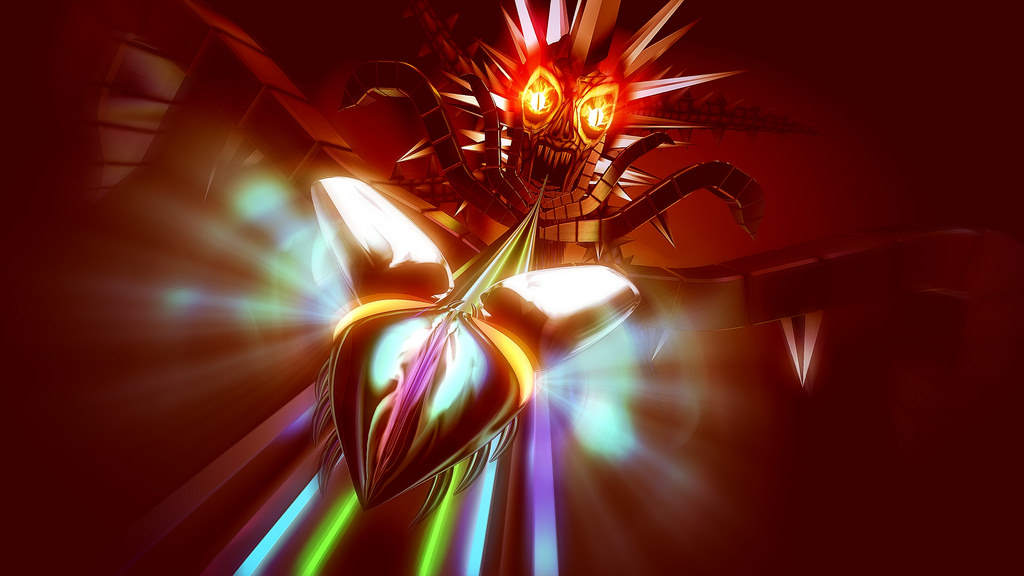 Some are suggesting Thumper VR is the Playstation VR’s killer app at the moment and has perhaps come from the left field in terms of being an unexpected gem of a game. It’s a music based rhythm shooter game hybrid if that’s the correct definition where you control a metallic looking beetle from space and travel a surreal path against swirling life-forms. It’s an assault on the senses that’s for sure and shows how immersive VR can be with the most simplest of ideas. Developers Drool (a two man team) have done a fine job. Take a look at the chaotic, often scary impulsive Thumper VR gameplay to see what we’re on about.