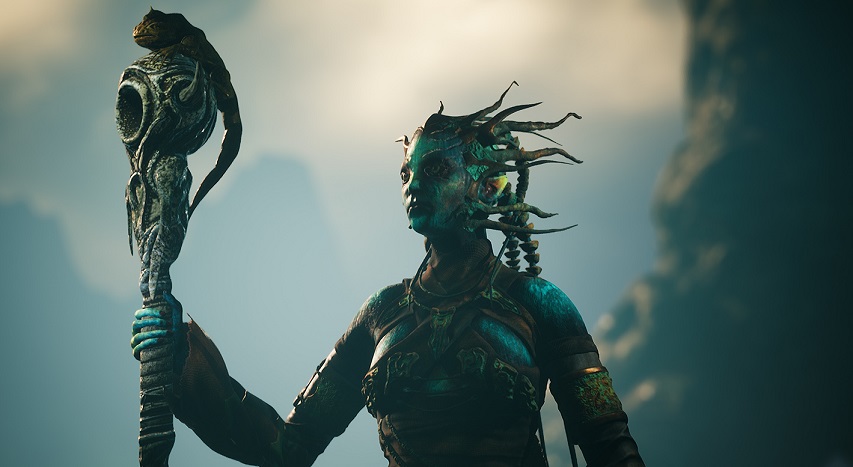 Carbon Studio presents the standalone expansion for The Wizards – Enhanced Edition entitled, The Wizards – Dark Times for VR gamers. We got to try the game at Gamescom 2019 and enjoyed the spell-casting shenanigans. The game is set decades after the original game and features a more robust set of spell-casting options. The game boasts an impressive lengthy campaign but what looks like an interesting gameplay quirk is the way players choose various combinations of spells to take down foes. For example, wet the enemy first with an ice based spell then strike them down with fire for an added effect.

From our brief experience with this game it looks great, has excellent audio and the spell-casting is pretty cool. We opted for a more ranged attacking character but players have a choice in how they approach each scenario. What’s more, a wealth of comfort options exist including free-movement and smooth turning options. Fans of the original should love this as a more advanced game and newcomers should certainly keep an eye out because it’s easy to get into. The Wizards – Dark Times releases next year on various VR platforms including Oculus Quest. Now check out our gameplay.