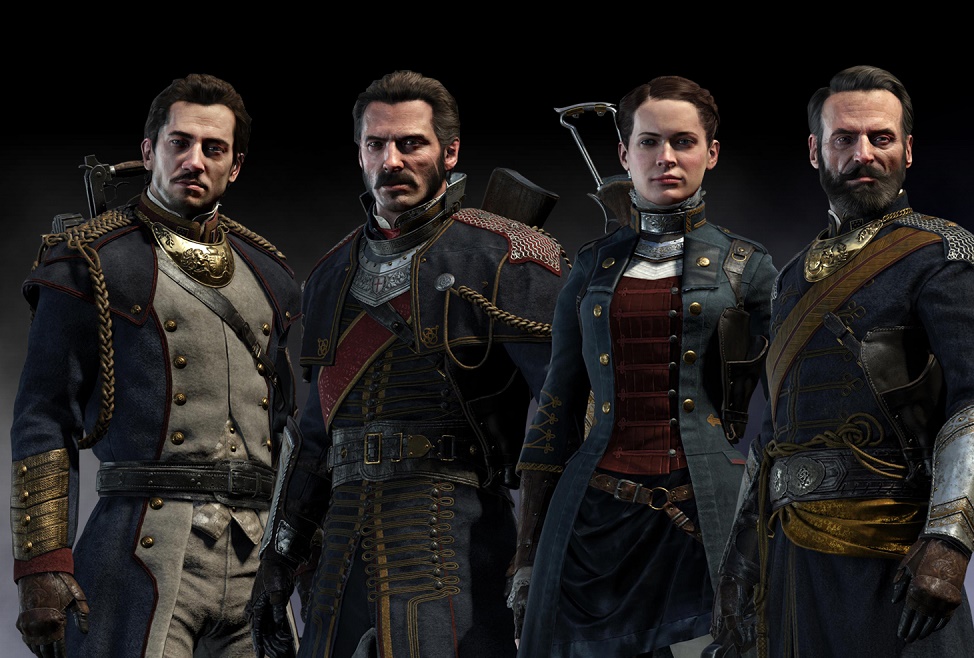 Ready At Dawn released the much hyped The Order 1886 not so long ago and provided a game set within a fantasy Victorian London complete with James Bond style gadgets and futuristic weapons. The game presents a cinematic overtone as a way of telling a story but how well does it stack up and more importantly is it worth your time? Take a look at our The Order 1886 review for the full story.

Today we’re taking a look at Ready At Dawn’s action third person shooter The Order 1886 which launched a few months ago exclusively on the Playstation 4. For the record, we passed on the game during its launch and heard a number of mixed opinions about the experience, and yet couldn’t ignore the opportunity to jump into to the dark and mysterious fantasy world when the price was more in line with its namesake – or shall we say under 20 quid. So this review has the added perspective of experiencing the game far less than the original pricing – so bear that in mind please.

In a nutshell players assume the role of smooth operator and protector of the people Sir Galahad who as the name implies is a member of a not so secretive order of modern day nights who alongside the usual police force are up against a group of up to no good rebels. The backdrop is a brooding Victorian London with all its smells and depravities except we get to dig deeper and uncover the mysteries of the murderer Jack the Ripper who as you know runs rampant around the Whitechapel area. Things escalate into plentiful rounds of shooting, some misplaced loyalties before culminating into a predictable and foundations for a sequel ending. We won’t spoil the intricacies here other than focus on how the game presents itself to its audience.

The opening moments being in dark and moody surrounds as a prelude to events set before they happen. Galahad is a prisoner and makes his escape where the rest of the game fills in the blanks as to why. There’s a heavy focus on cinematic presentation in this opening section to the point where the clock is ticking into double figures before any gameplay begins proper. Rather than have players sit through Metal Gear style lengthy scenes twiddling thumbs, players are asked to interact by way of quick time events – to make sure you’re paying attention. These aren’t for everyone but at least they are reasonably well implemented here.

Once the opening pleasantries are over, players are given the full reign to dive into the game’s core mechanics of cover based shooting against fairly competent AI who come at you in a number of forms – using cover where appropriate and standing close to explosive barrels for cinematic effect. The combat is pretty satisfying with a reasonable selection of guns to mess around with. Cleverly, the game fuses real world arms with more fantastical devises that don’t feel too disjointed from the Victorian setting. It works well overall and can’t really be faulted other than it’s cover shooting 101.

It’s hard to not gel with the shooting because between each action moment there’s a lot of directed scenes of moving through the linear levels with little else happening. It’s a chance to experience some dialogue or take in the sights, interact with some collectible items and generally marvel at how seamless the game shifts from glorious cut scene to offering control. Later in the story a bit of stealth is thrown in which makes a welcome change as eventually the shooting does become somewhat repetitive, although frequently this is fused with some tossed in quick time event moments.

To be critical, there are plenty of scenes where some more direct control would have fared better, especially against the less human adversaries as these whilst great for their cinematic direction feel a bit tacked on after experiencing them already. It’s also a shame that the supernatural presence is greatly underused and where for the most part you’re fighting against human opponents despite the Van Helsing style demeanour the game exudes.

Visually The Order is a work of art and could be argued is one of the best looking games on the system. There’s an impressive attention to detail for most of the game with its Victorian London setting fantastically realized. Character model detail is impressive as is Galahad’s facial hair and hard stare and there’s a distinct moodiness that resides throughout the experience. The additional post release camera mode allows for tweaking of the visuals to a great degree which is not only excellent for taking unique snap shots but maintaining and playing with the lighting or effects during play. It’s pretty neat freezing the action and zooming into elements you wouldn’t normally see up close such as the innards of an enemy after being hit with the electro weapon.

If there’s any complaint levelled at the visuals and it has to be the lack of variety with some of the enemies and even key secondary characters. The same faces appear far too frequently in different roles taking one out of the experience which is a shame considering the cinematic quality the game hinges on.

The voice acting is top quality though with some excellent performances all round which is complemented by an dramatic score that drives home the drama during the right moments. Like the visuals, there’s a lot of effort placed here making for a well produced audio spectrum that hasn’t cut corners in this department.

Playing in one or more sittings and it’s possible to reach the final moments after several hours play but not likely moving into double figures unless you replay again to hunt down all the collectible items for those important trophies. Other than perhaps showcasing the game to friends to highlight how cinematic games can be, or messing with the camera mode there’s little incentive to jump in again despite there being three levels of difficulty to choose. The hardest won’t even pose much of a challenge for core gamers which is a shame as a more hardcore mode would have given the game some additional legs for a repeat play. As it stands the first run through is excellent and probably enough for most people although the trophies suggest only 40 percent of players online have actually beaten the game.

The Order 1886 is a charming and likeable game which basks in it cinematic flavour and can be likened to how games such as Dragon’s Lair in the early 90s felt allowing gamers the chance to play an actual cartoon. Replace cartoon with interactive cutscene and you get the point. The Order has some interesting characters, an excellent premise and some polished execution despite the story being a little at odds with itself at times and NPC faces being reused too often. There’s some competent shooting action to be had here but if you’ve an itchy trigger finger and would rather play than watch or walk then some sections are likely to be a big turn off.

If tackled with an open mind and you’re comfortable being entertained whilst doing very little, then The Order 1886 is a great experience to watch and play. At its higher price point the lack of replay value hurts a plenty and perhaps could only be genuinely recommended as a rental – unless you’ve money to burn. But with a price hovering around £20 then it’s a no brainer and well worth picking up. The additional camera mode is fun to play with and the story compelling enough to see it through to conclusion. Aside from the price, as a game it’s enjoyable and fun despite the lack of traditional input from the player, is still visually impressive and holds its own during the combative scenes once the game moves into gear.