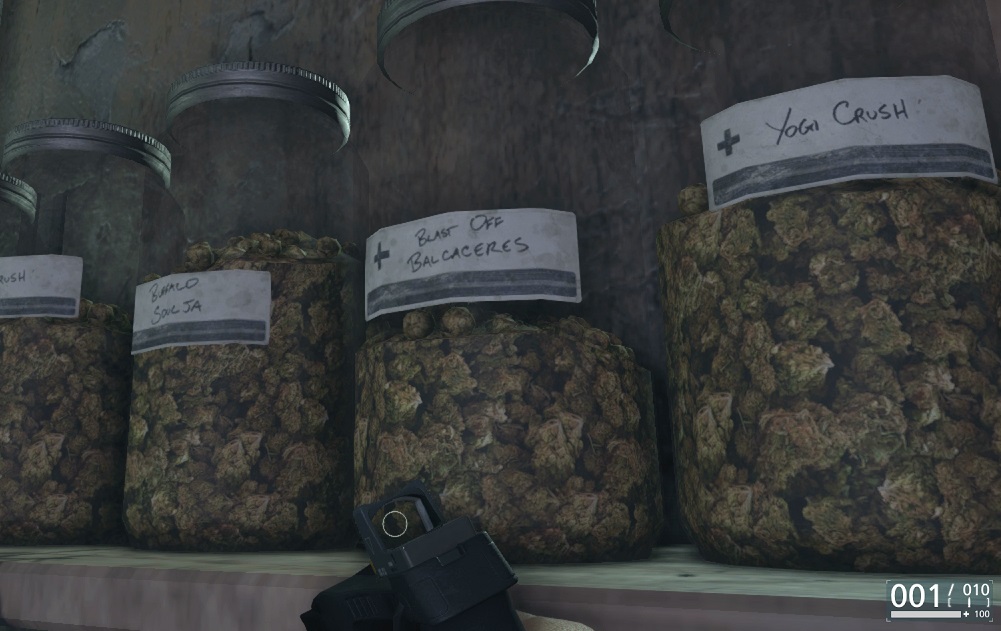 The medicinal weed has featured in a number of video games over the years as a kind of subdued drug reference to show how edgy developers can be with their criminal story-lines. It’s almost passée when there’s some weed growing operation in video games considering it’s been done so many times now. Featuring weed hasn’t been restricted to lesser known games either with some of the biggest franchises feeling no shame in showcasing the serrated edged leaves. To name but a few examples, we’ve had Sam Fisher using the herb as cover in Splinter Cell Pandora Tomorrow, and who can forget the Far Cry 3 mission where an entire crop is burnt to a cinder. Even Agent 47 has brushed with the green stuff in Hitman Absolution’s hippy den and of course the GTA games bask in the drug references.

However, it’s the latest game in the usually military inspired Battlefield series which joins the fray perhaps bringing a different slant to the “field” part of its title. Battlefield Hardline has players assume the role of a Miami cop where in one episode the growing of weed under artificial conditions is highlighted in great detail. Whilst it doesn’t allow players the choice of ignoring mission objectives and kicking back with a nice roll-up, it does show off some impressive visuals using DICE’s Frostbite Engine. The weed plants in particular are interactive (as in can be shot, climbed over and destroyed) with the leaves looking very authentic, to the point of perhaps being the most realistic digital recreations of weed we’ve seen. Take a look at the video (from the rather jagged Xbox One version) if you’ve not tried the game and see for yourselves. Even if you’re a stranger to the weed culture that exists in our society, at least appreciate the attention to detail of the plants.