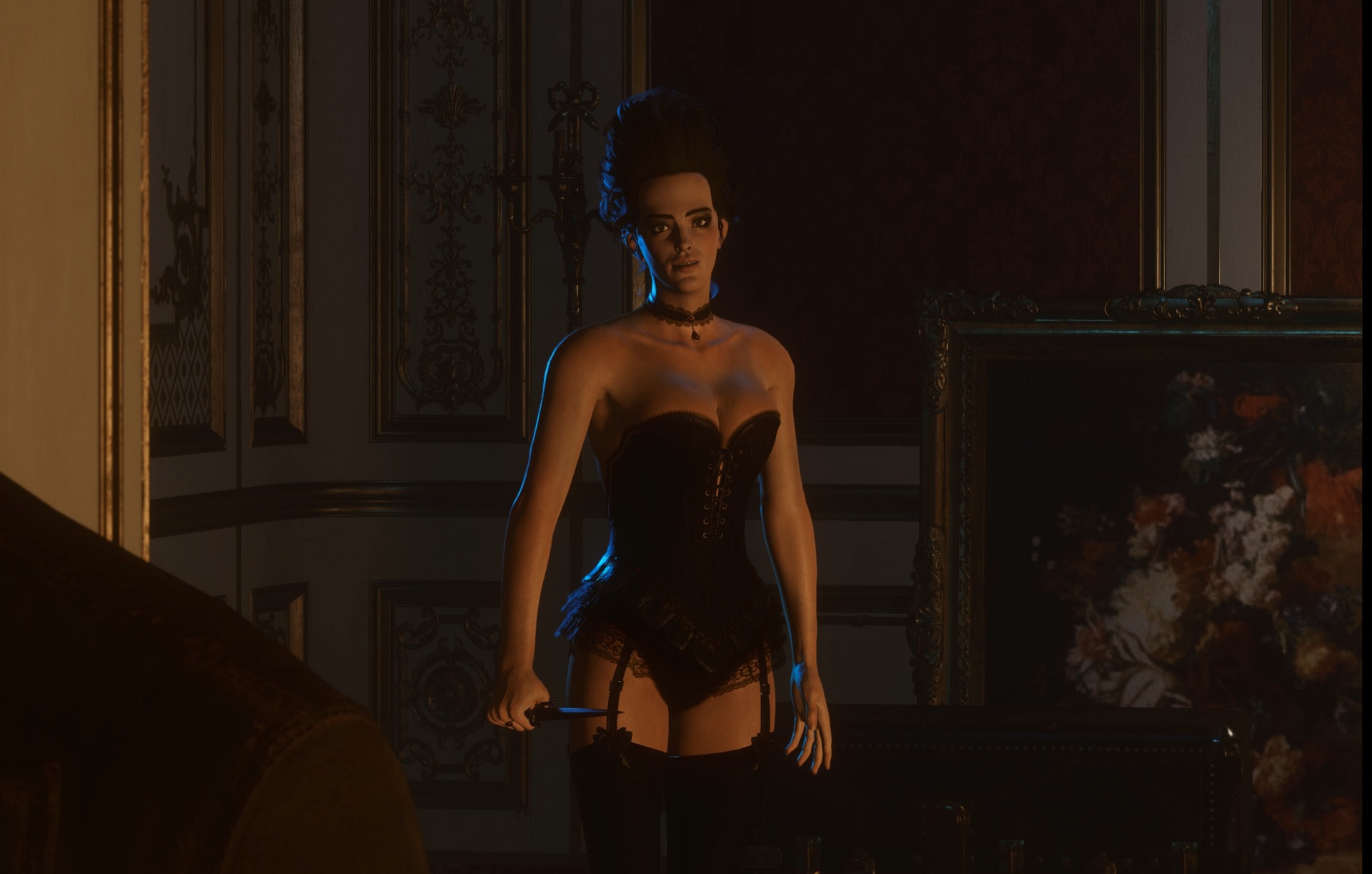 The Council – Episode 1: the Mad Ones from developers Big Bad Wolf released today on Xbox One, PS4 and PC telling the story of a secret society member called Louis de Richet after his invitation to the private island off the shores of England owned by a mysterious Lord Mortimer. His mother and seemingly partner in crime has gone missing on the island much to the dismay of the lord and his staff and so it rests on the shoulders of Louis to delve deeper and find out where she is. Somehow, Louis is gifted with nosebleed inducing visions which give him an edge in this 18th century period drama, but all is not what it seems as he reaches further into the proverbial rabbit hole alongside some well known historic figures as guests invited to the island such as Napoleon Bonaparte and George Washington with whom he can make or break alliances with.

The Council is set in 1793 and therefore presents suitable period styling especially once the game begins proper in Lord Mortimer’s residence, with rooms filled with famous paintings and ornate furniture. However, it has to be said right off the bat the game is an episodic affair which means after a few hours and completion of this particular slice of the story you will have to wait until the other four parts are presented as a staggered release. It’s obvious this is taking a leaf out of the Telltale Games book of storytelling with similar actions and consequences focused gameplay mixed with third person sections for investigating clues and talking to the other guests often with time limits imposed against choices. Without spoiling the story too much, the investigation reveals something amiss regarding a coveted book, which is revealed to have been hidden by one of the other guests you first meet upon landing on the island, Baroness Emily Hillsborrow. However Louis’ vision points to his mother killing her to avoid the book she has hidden ever being rediscovered. The plot thickens. 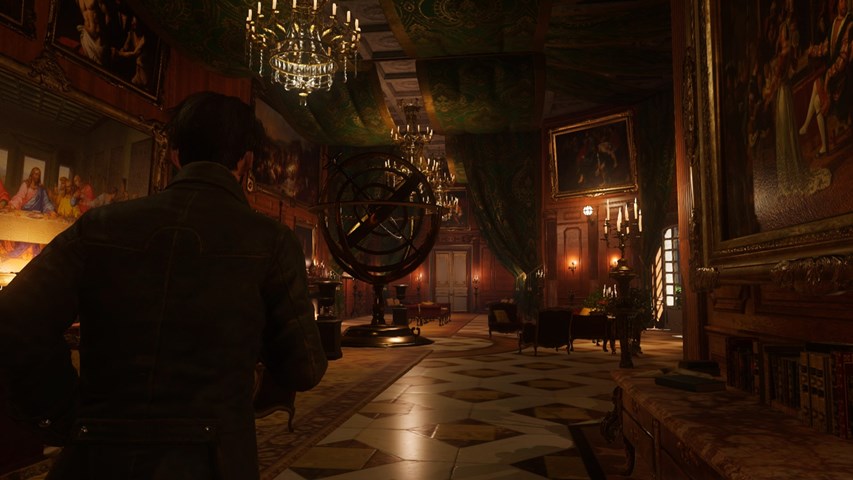 In terms of actual gameplay, it’s certainly well dictated by the story, so outside of making choices during conversations using a set of class-based skills one chooses at the start of the story, it’s a simple case of moving around the mansion clicking on highlighted objects. It’s an interesting system which encourages players to make their choices based on the chosen path, whether that be the detective, master of the occult or well versed socialite. Players can spend earned points on aspects of each class but interactions and use come with a cost which can be replenished by finding collectibles. It’s an amalgamation of ideas that works surprisingly well, however it’s the cast of characters Emily being the most interesting that drives the story, and pushes the player to want to find out more of what’s happening. There are moments when stark choices have to be made which naturally have an impact one way or the other with no going back on the decision made. It’s all familiar ground for anyone who has played Telltale Games offerings so be warned if those heavily story focused games don’t appeal then this one won’t win you over. 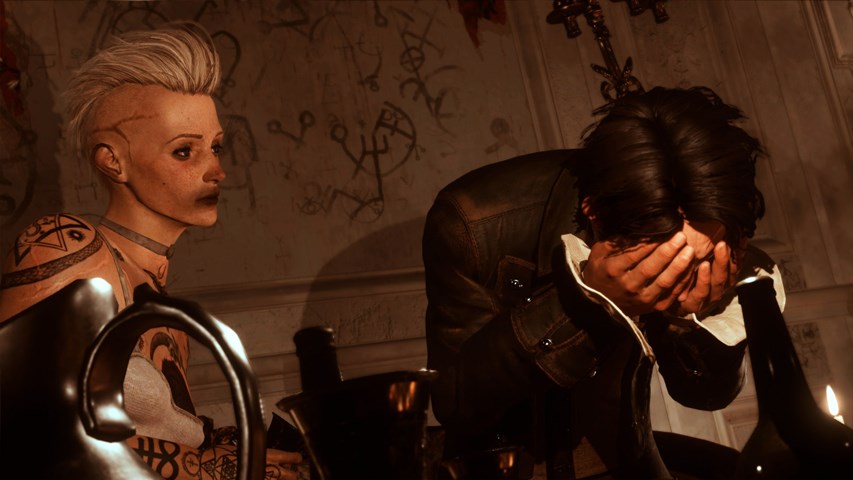 The Council does look rather spectacular with an abundance of high detail especially in 4K on PC, although it sports interesting looking character models which range from almost caricature like features to more sedate looking. Lead character Louis has an exaggerated narrow, elongated weasel like face (complete with mutton chops) for example whereas the aforementioned Emily is of a more rounded appearance. Characters aside, the visuals are on point making for a pleasant looking experience throughout. The dark theme of a secret society certainly works well in context of the lonely mansion and mask covered servants fitting of the mysterious Lord Mortimer host.

The audio is of a high standard with some decent performances throughout making for a good narrative. However, this opening episode is perhaps all too serious leaving the game feel like its devoid of excitement and wit, which is reflected in the script no matter how well its performed. 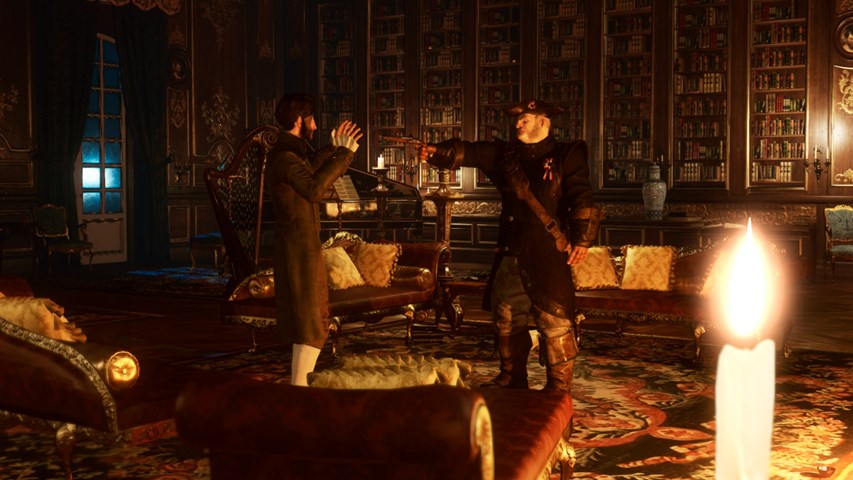 In terms of length, this first episode can be completed in around two and half hours, perhaps more or less depending on how you play. However, when purchasing the complete season for around £25 that’s a potential of over 10 hours play time which is not bad for the price. There is the option to make different choices on subsequent play-throughs (you have three save slots to mess around with) then you could increase the playtime considerably.

The Council – Episode 1: the Mad Ones sets the scene for the rest of the episodes pretty well with some excellent storytelling as we’re introduced to the various players, the systems which govern the choices you can make and the development of the main character. However, it’s quite easy to miss events depending on what choices you make and so a playthrough could come across quite sedate. Sadly, and although compelling to see what happens next, not a lot happened during our interactions making for a rather laid-back affair. Hopefully more nail-biting moments of intrigue are buried in the game somewhere which come to light in future episodes, but as it stands this opening is just that and a prelude to more sinister events. It perhaps points to a game that will be best enjoyed once all episodes are available rather than the bite-sized chunks being offered right now.