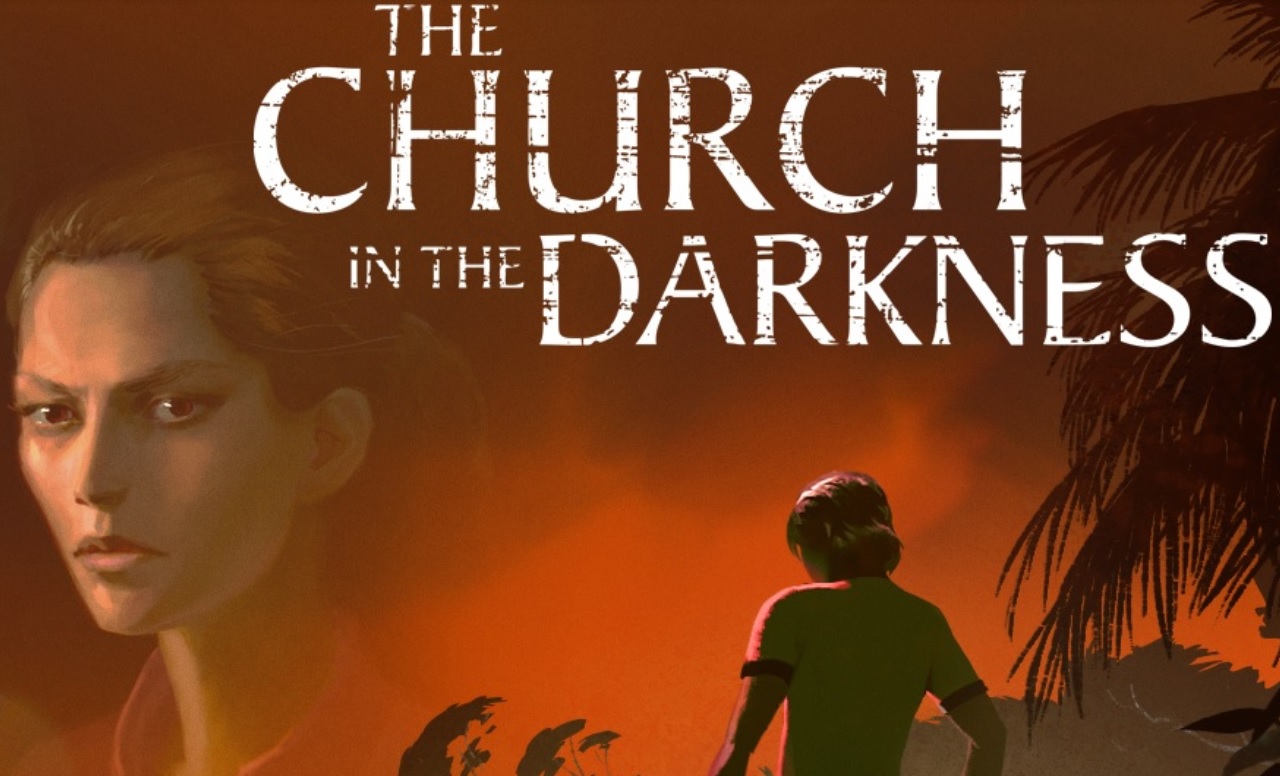 Paranoid Productions announced their cult based stealth game ‘The Church In The Darkness’ a couple of years ago. It’s now 2019 and it finally released on PC. The year is 1977 and your unnamed character heads to a South American jungle to find and liberate your nephew Alex. However, rather than infiltrate the cult and leave with your nephew, a number of options present themselves which change the course of the story. The bottom line: Is it any good and worth playing?

To begin, The Church In The Darkness is predominantly a stealth game but rather than have you sneak around in the shadows, it’s broad daylight. Players utilizing the top-down viewpoint need to acquire a disguise for some Hitman style subterfuge. A quick forage in some unoccupied buildings nets the reward – if you are lucky that is. Failing that, players have to avoid the gaze of the cult members and the patrolling guards by avoiding their cones of vision. Tougher difficulty settings remove these entirely making for a challenging experience. On lower settings the vision cones stay on screen for a short moment, but considering you can press a button to make them appear again seems a little counter-intuitive. They should either on all the time or off entirely. The middle-ground breaks up the gameplay.

The core gameplay loop then is sneaking around gathering intel from NPCs who mark your map where Alex is located. They also have requests of their own you can undertake by looking for more information in the church building dotted around the camp. Once you find Alex or complete a task for one of the NPCs, the two cult leaders location is marked on the map. Interestingly, the two leaders, Issac and Rebecca have random personalities each time you play. The Tannoy speakers which blurt out their indoctrinating garbage and the assessment of the NPCs you converse with provide a picture of where they are at on the moral compass.

Once the leaders appear on the map from eithe Alex or the NPCs players have several choices. They can help the NPCs escape the cult, save Alex and just leave. Confront either of the two leaders and join the cult or better yet kidnap one of them and cause a reaction. Those are favourable and perhaps obvious endings out of several possibilities. However, an interesting and challenging result is to kidnap one of the leaders resulting in potential chaos for the cult. An option to simply kill them exists as well for a darker ending.

As mentioned, a number of scenarios exist making for good replay value to find out what happens if you perform specific actions. Interestingly, players can equip lethal weapons and simply go-loud if desired. Generally the gameplay systems work well but it’s a shame the choice of male or female at the start doesn’t impact the gameplay. For example, both male and female characters can stealth attack any person and carry their bodies to lockers and hide them. Naturally player movement slows down when carrying dead-weight. It would have been realistic if the female character moved slower or was unable to carry bodies (dragging them instead). Or perhaps offering an alternate skill. Either way, there isn’t any differences between the two character types.

In terms of visuals the game uses a top-down viewpoint which provides just enough view to prevent too easy navigation. The character models lack detail as a specific visual style for this game. Everything else is rather functional. Audio is a different bag though with numerous ambient sounds from the cult members and even the odd bit of singing to grind-your-gears. The Tannoy announcements from the leaders every few moments is enough to drive you mad. Interestingly, once you take them out they stop talking.

In terms of play time, each game is randomized or at least gives you the option to try a different or the same set of parameters. You cannot save the game and reload cheat either. Each playthrough lasts as long as you avoid detection. Grabbing Alex and reaching the exit is fairly quick around 30 minutes or less. Alternative options might take longer if you want to unlock all the possible endings. Obviously the gameplay changes quite a bit once you disable the vision cones especially with an increase in patrolling guards. There is enough here then for purists and those who favour a less-challenging game to begin with.

The Church In the Darkness offers a neat concept with some solid gameplay quirks albeit a little sloppy in execution at times. Fans of stealth will enjoy what’s on offer here and those with an interest in finding out various fates of the cult will have fun replaying to see all endings (which are text and song based rather than cut-scenes). It’s a nice game and worthy of a look in despite its relative simplicity. By the end of it though Issac and Rebecca’s chilling words might get the better of you.