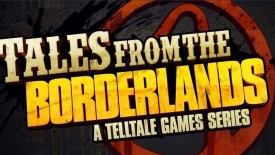 Tell Tale Games released a new video which looks at the unveiling of Tales from the Borderlands at the SXSW event held this week as the panel discuss how the episodic adventure will pan out. The game is being joint developed by Gearbox Software and Tell Tale Games and will release later this year. It will feature characters from the critically acclaimed Borderlands 2.