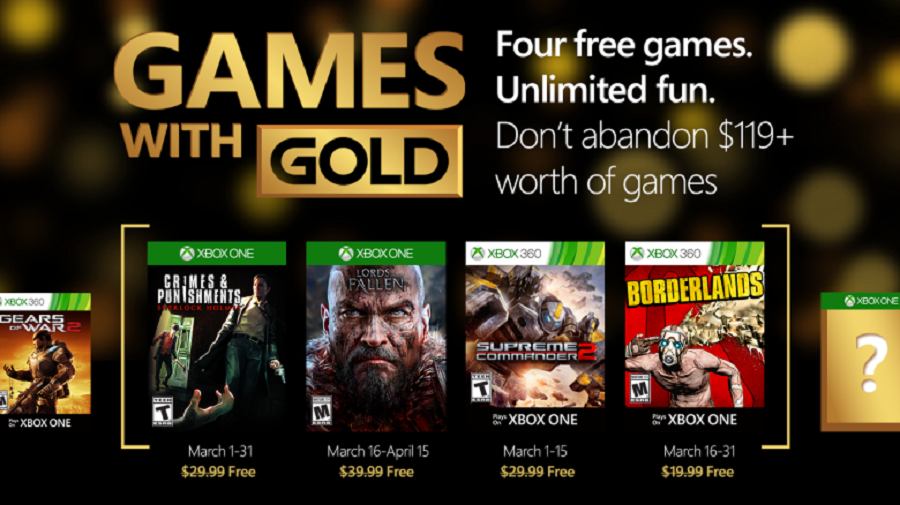 Microsoft has posted a new Xbox Games With Gold video which the Major talks about what’s coming up for March 2016. On Xbox One there’s Sherlock Holmes: Crimes and Punishments and Lords of the Fallen, and on Xbox 360 Supreme Commander 2 (works on Xbox One backwards compatibility). On March