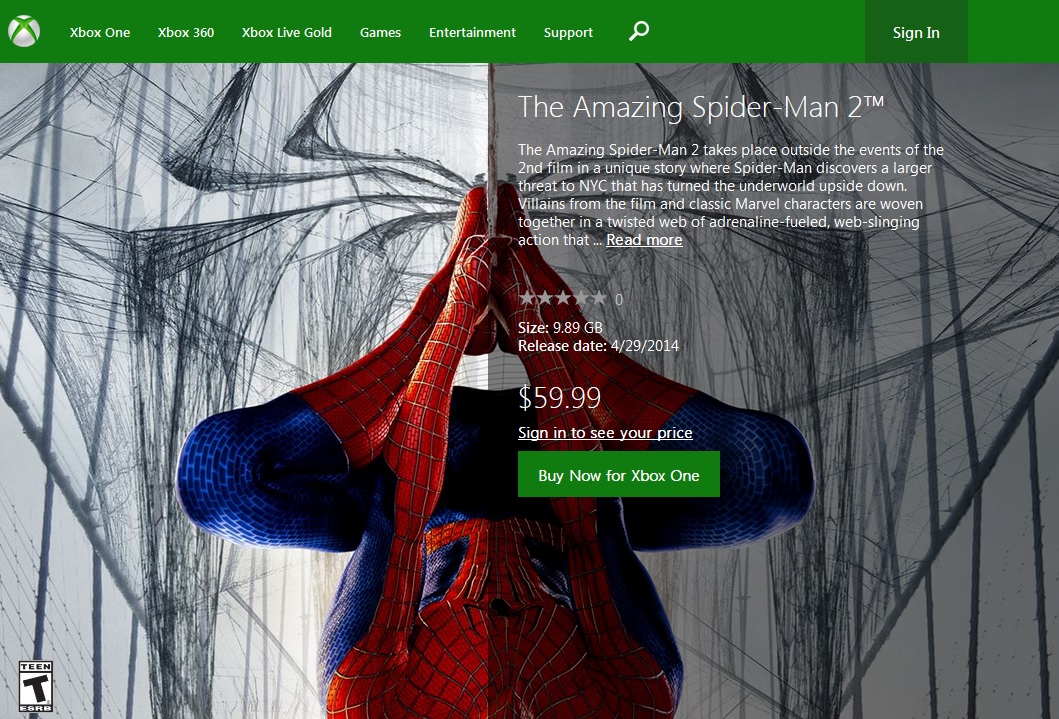 It was recently suggested that the Xbox One version of Beenox’s movie tie in game Spider-Man 2 would not be appearing on the Xbox One and was indefinitely delayed. Today it appears the game is in fact available on the US Xbox One Marketplace for $59.99. It has also been