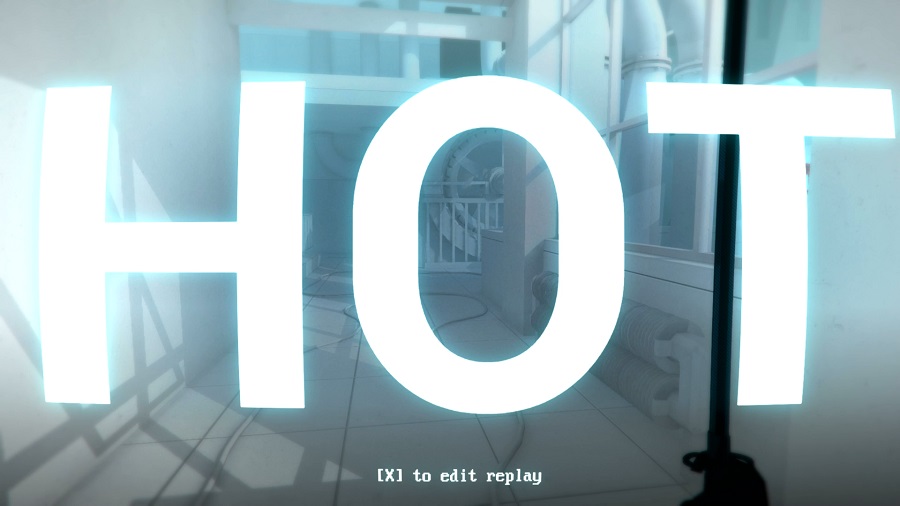 SUPERHOT Team finally release the full version of their time based SUPERHOT puzzle based shooter (if you can call it that) after years in development following a successful Kickstarter campaign. Now the game is available has the wait been worthwhile and as the title suggests is it the most innovative shooter in years? Take a look at our SUPERHOT review for the full picture.

Today we’re taking a look at the final version of Superhot Team’s time based action first person shooter SUPERHOT or is that SUPER HOT, SUPER HOT, you get the point. In a nutshell you enter the story mode to begin which has you hacking a game in a psuedo virtual reality environment. You’ve cracked the game and are playing illegally. However, events take a turn for the worse as your nameless character becomes addicted to the virtual shooting gallery and events of the surreal kind unfold before you. We won’t go any further than that with regards to the story because it’s rather well presented and full of imaginative imagery that assaults the eyeballs and then some. 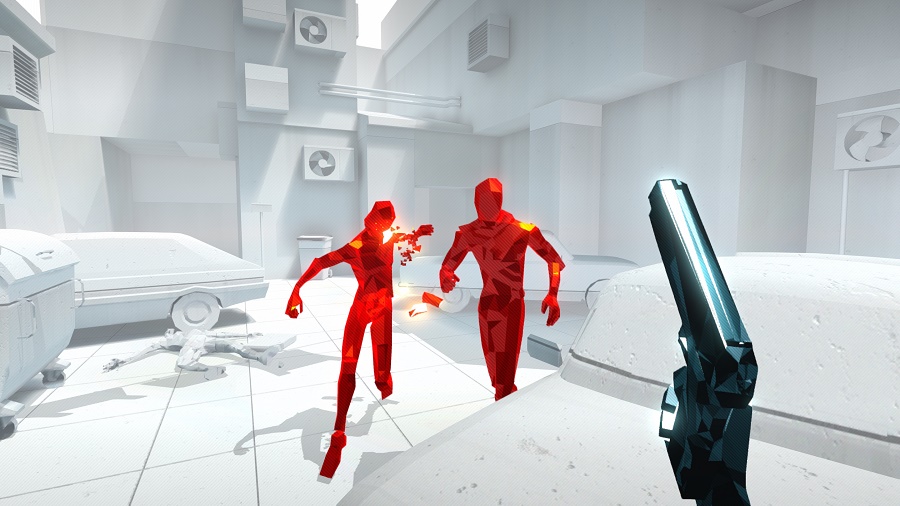 The gameplay is rather simple, time moves very slowly if you don’t move, which acts as a kind of Matrix style bullet time mode. This means you’re able to dodge incoming fire, pick up weapons and basically kill any red guys that are out for your blood. Except, remember this is VR so death means you can jack right back in at the press of a button. As you can imagine moving around in slow motion is awesome and gives rise to some incredible shoot-out scenes where for example you might dodge a shotgun blast, punch out your attacker, grab his weapon, shoot another in the head, toss the shotgun at the next goon to stun him, grab his weapon and then shoot him in the face. Awesome is the only word to describe these moments. And what’s really neat is there’s no set way to accomplish each level. There’s multiple objects you can use and a bit of inventiveness is required if you’re to be a little bit flashy. After each level you can then watch the replay in normal speed just to see how super cool you were. 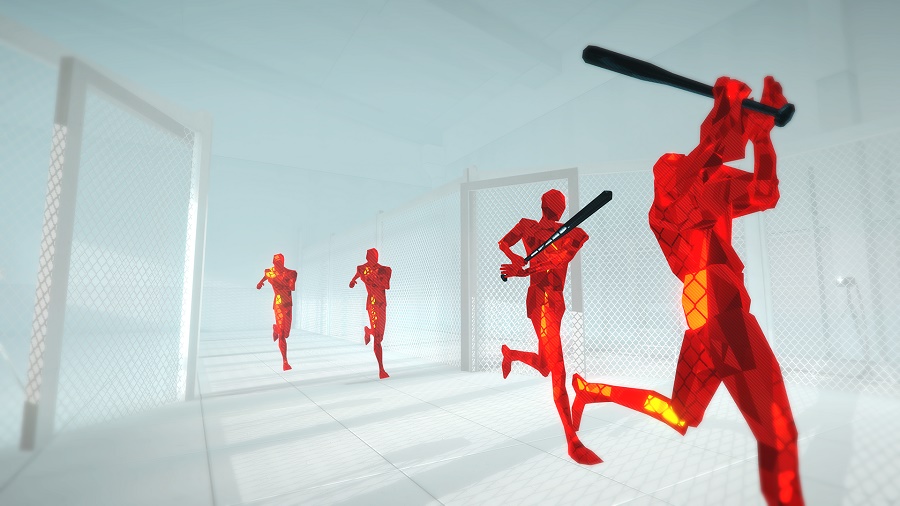 SUPERHOT in many ways is a puzzle game shooter in that you’ve got options to work out how to clear each level. Mixing up attacks is paramount to success and even though you have the advantage, the latter portion of the story gets pretty tough, but not to the point of being cheap. On the negative side there are moments where you’ll get hit from behind from an unseen assailant and sometimes bullets and objects don’t hit their mark when they should due to a glitch in the hit detection, but this is the nature of the game and as mentioned restarting is quick and painless. It’s also fun to mix it up and try a different approach if you’re not making a breakthrough.

Visually SUPERHOT is simple looking with a two tone look which highlights your coloured enemies much better than if there were too many details. It’s gray white, black and red for the most part but due to how engrossing the gameplay is you’ll not care about the minimalist visuals. What the game does do very well is provide a real sense of being somewhere else with its warping visuals and old school DOS vibes. It’s cleverly crafted and makes a welcome change from ultra realistic graphics. That said, the game does look rather special in 4K resolution and when you’ve got some great moments of enemies shattering like glass in slow motion you can appreciated the artistic direction used here. In terms of performance the game runs smoothly at 60 frames per second and feels just right here whether you’re using a controller of keyboard mouse combo. 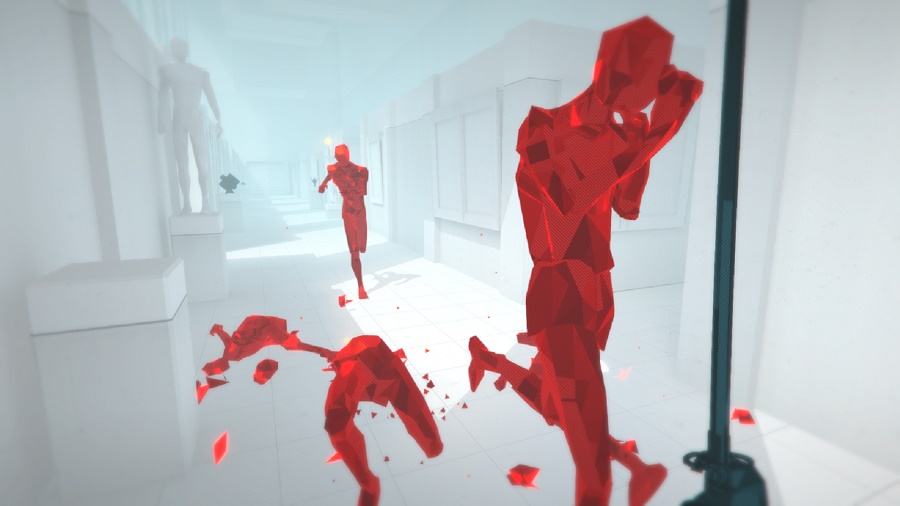 The story of SUPERHOT is not going to last you long if you’re competent and can be bested in well under two hours, however the story completion is only just the beginning of the game and gives rise to an endless mode and challenges. Endless mode is score based alternative with attacking enemies coming at you in set stages and as the name implies the name of the game is survival and racking up a high kill count. Challenges are neat bonus ways to complete the story levels again where this time you’ve got modifiers such as speed run timers, no guns, katana only playthroughs, no throwing and such like offering many different ways to jump in again. There’s a slew of additional content to look at as well with the DOS like menu where you can view some nostalgic looking visuals. On top of this you’re also able to share your replays with the wider community and SuperHot team are looking to add more to the game post release, so in all there’s quite a lot to do here.

SUPERHOT is a marvellous shooter and definitely deserving of its “most innovative shooter in years” tag, even if the game mentions this itself in a tongue in cheek way. SUPERHOT Team wants hooked players to spread the word and rightfully so because this is a fun and thrilling game that’s different to the norm making it a stand out product that has to be played. With such a great concept and well executed presentation we knew it was going to be good, as did all the Kickstarter backers and the end result truly delivers. Fantastic.