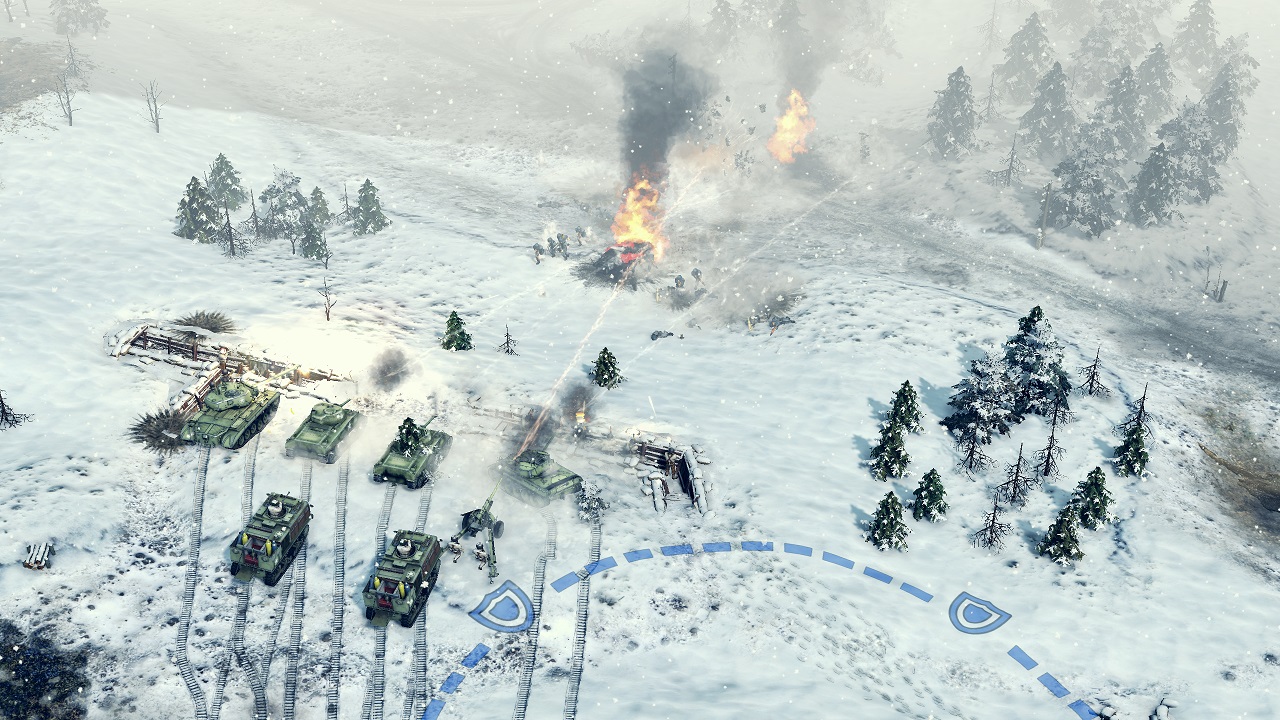 Kalypso Media has today announced that it will be bringing the next instalment in its RTS Sudden Strike series to PC, Mac and PS4 with the arrival of Sudden Strike 4 coming in early 2017. Take a look at the teaser trailer.

Developed as a fully-fledged series entry and not a remake or reboot, Sudden Strike 4 sends you off on three extensive campaigns set amongst the battlefields of World War II. Commanding the British and American, German or Soviet troops, you will lead over 100 different units into battle, including the German bomber Heinkel He111, the Russian T-34 tank, the British Hawker Typhoon fighter plane and the notorious German Panzerkampfwagen VI Tiger. In a first for the Sudden Strike series, you can now choose from one of nine individual commanders, such as George Patton or Bernard Montgomery, who will each allow for different approaches to combat and boast unique abilities.

Prove your tactical expertise in over 20 demanding single player scenarios, the challenge-focused skirmish mode, and the competitive multiplayer mode. A new reward system rewards clever and tactical play, awarding the player with skill points and bonus content, such as historical film footage of the era.

Sudden Strike 4 offers countless ways to vanquish your opponents. Exploit the weak spots of tanks, set up an ambush, occupy buildings with infantry, outmanoeuvre the enemy with clever positioning or unleash devastating air strikes – how you approach each mission is up to you!

-Sudden Strike 4 offers realistic real-time strategy gameplay with tactical depth and a historical setting
-Three campaigns with over 20 missions to test your tactical skills and determining the outcome of significant WWII battles
-As one of nine commanders, lead your army on the battlegrounds of the biggest military conflict in history
-Command more than 100 authentic units – including the Königstiger tank, the Katyusha rocket launcher and the Hawker Typhoon fighter plane
-Pit yourself against other commanders in the competitive multiplayer mode
The PC version features modding support with Steam Workshop integration