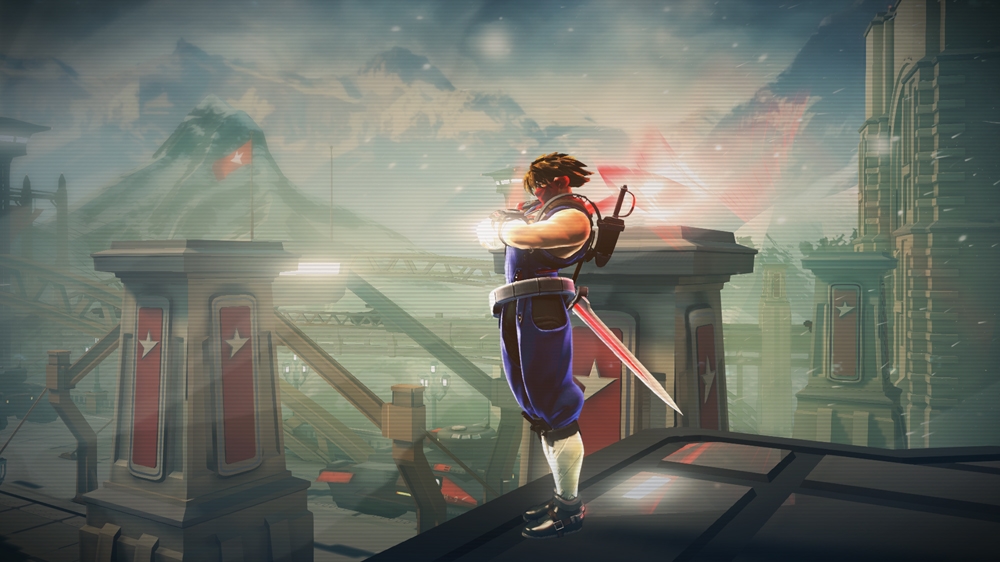 Capcom released its remake of Strider on consoles and PC recently and we put the 2.5 D side scrolling ninja action game through its paces. With a cool as nails lead character, lots of enemies to slice and dice, is this worth checking out, or one of those games best left in the past. Take a look at our Strider video review for the full picture.

Today we’re taking a look at Capcom’s action packed side scrolling ninja game, Strider which is a re-envisioned version of the 1989 classic. Players assume the role of character Hiryu Strider as he fights a massive selection of soldiers and robots as part of a mission to assassinate the Grandmaster Meio, supreme dictator of the Earth and who has plunged the world and its inhabitants into a dystopian dark age.

Playing the game is as simple as its gets from the offset as players move across the dark and foreboding levels. Moves are easy to execute and the direction is always highlighted by an arrow on the always on mini-map. For deeper exploration, a larger map can be viewed which highlights the areas already visited and presents things like locked doors and many extras such as upgrades. So, navigation is never really an issue aside from some fairly tame puzzle elements such as hitting switches to open nearby doors and such like. In keeping with the ninja flavour, Strider is able to cling onto surfaces and scale them accordingly which not only looks cool but is an integrated part of navigation. As players progress through the story (which can be largely ignored), upgrades and new abilities are gained which increase Strider’s options and also means there’s reason to backtrack to previously inaccessible areas to find more power ups and such like.

Gameplay and its challenge begins fairly tame where Strider makes mincemeat of most opponents, to the extent of being able to rush through rooms slashing away with out a care in the world. There is  an option for more flamboyant play, but using the basics, most players will be able to breeze through. It’s only towards the latter parts of the game when enemies increase in size and numbers that things become a little more difficult. Imagine gun turrets, shielded troopers, robots and other enemies all firing at Strider combined with stage hazards such as electric fences and moving machinery making for some tough scenarios to battle through. that said, there are some moments of frustration to be had when on the receiving end of said attacks which can sometimes interrupt your jumping moves or get you stuck between enemies for some cheap hits.  The mix of enemy types is pretty good, and with colour coded abilities which can be switched on the fly makes the combat satisfying and not overly complex for the sake of it. There’s certainly an old school vibe on offer here which lends itself well to the overall style of the gameplay.

Throughout the story, Strider naturally comes face to face with a variety of boss characters who by and large are fairly easy to take down once their patterns have been mastered. The battles are most welcome and are preceded by the usual small talk which simply makes taking them down all the more satisfying.

In terms of looks, there’s a colourful yet moody animated art style used with lots of background detail and a fusion of exterior and interior locales. The game world isn’t massive, but the sense of scale is very good once more areas are unlocked and one travels from one side of the map to the other. There are elements of human life as seen in the animated backgrounds, but the focus is always on the fore with Strider and the many enemies that litter the mission path. Stopping for a moment does provide some semblance of the Dystopian world the Grandmaster Meio has created, but it’s all very hi tech with little suggestion of nature. In this regard a bit more variety would have worked well with the injection of some organic moments. Sadly, the only organic element represented here is rainfall.

The audio is pretty standard fare, with an assortment of expected sound effects and throwback music to its roots. The voice acting is pretty cheesy and for the few moments Strider actually speaks, it’s perhaps worth noting that on this occasion silence is golden.

For long term play there are three levels of difficulty to master, several achievements and as already mentioned a lot of areas to explore that aren’t mission critical but worthwhile in terms of upgrading the character and finding collectible. There’s an assortment of unlockables as well as some additional modes such as survival which serve as neat extras once the core game is bested. Expect to pump in 7-10 hours playtime and then replay to try and beat the game as quickly as possible in accordance with the online community leaderboards.

To conclude, Strider is a cool game that looks and plays very well but is let down by a lack of variety in its dark and moody city based location. Its simplistic gameplay is accessible and the asking price of £12 is reasonable for the number of hours of potential play on offer here. If you like throwback games, or 2D side scrolling action, then this is well worth checking out, but if the style doesn’t resonate well  with you then Strider doesn’t really offer anything different to what you might expect.  Fans will undoubtedly love the game, and anyone else would do well to give it a whirl simply because ninjas are always cool and the game does provide a decent slice of fast paced action where the player isn’t punished too much for silly mistakes.