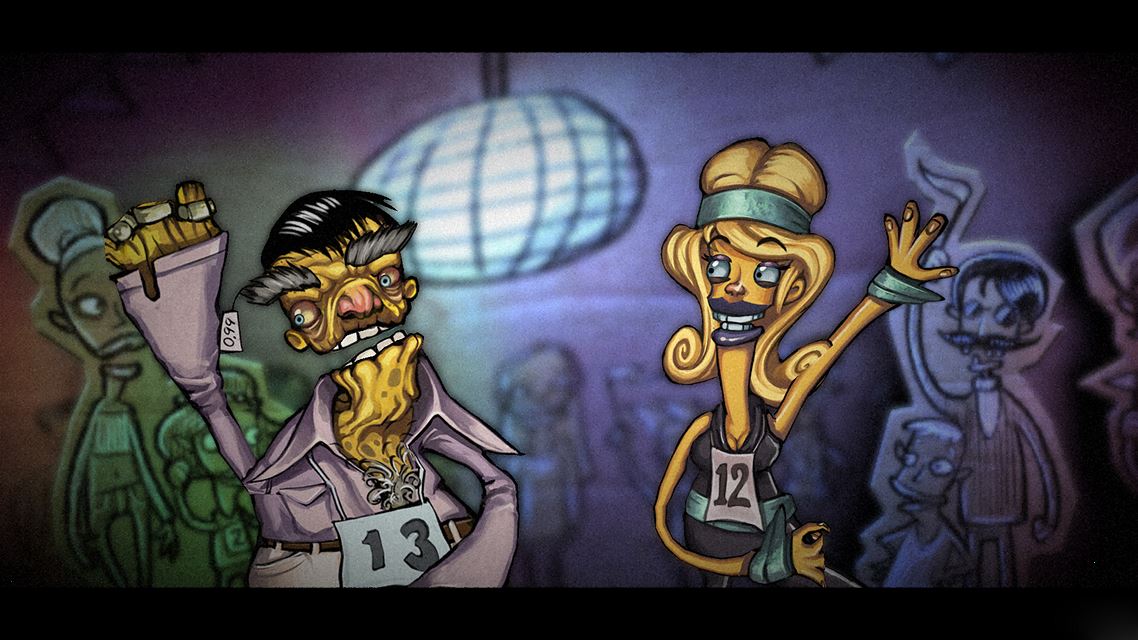 Stick it to the Man arrives today on Xbox One, and to mark the occasion a launch trailer has been released to showcase what madness gamers can expect from the rather colourful and well animated platforming adventure. For more details or to buy head on over to the Xbox.com store page here.

About Stick it to the Man:

Hardhat tester; Ray Doewood has a bizarre accident at work one day and wakes up with a giant pink spaghetti arm sticking out of his brain.

This fluorescent arm, invisible to others, gives Ray strange powers, allowing him to hear people’s thoughts and change the paper world around him with stickers.

Digging into the brains of his fellow citizens, including the likes of Santa Claus, Captain Ahab and Elvis to name but a few; it’s up to Ray to gather clues from countless insane characters and solve mind-boggling puzzles – all while trying to escape the evil clutches of The Man!

Can you help Ray out of this sticky situation?