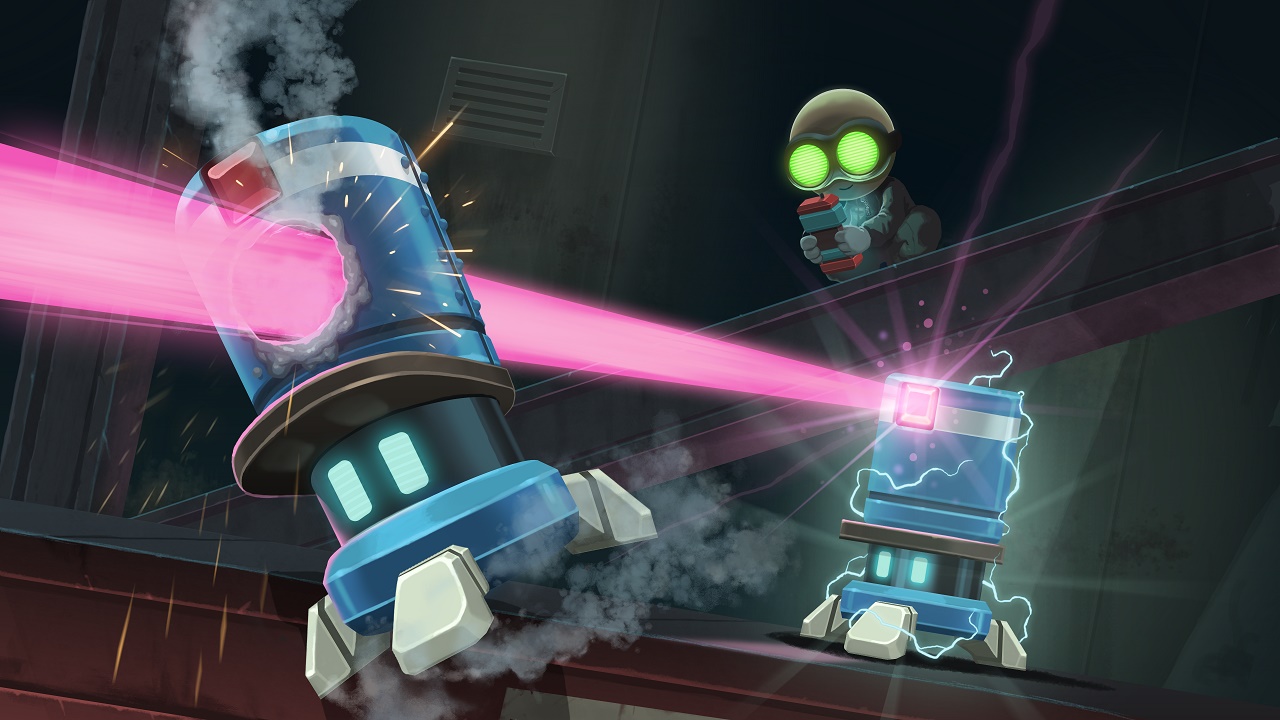 We Stealth Inc 2 from Curve digital enters the fray after the successful first game and makes its appearance on Xbox One, PS4 and eventually The Wii U. The game is a puzzler of sorts with some stealth elements to make the game more sneaky. However, is it worthy of your time and patience? Take a look at our Stealth Inc 2 review for the full picture.

Today we’re taking a look at Carbon/Curve Digital’s Stealth Inc 2 which is available now on the Xbox One and PS4 with a release on the Wii U in the future. In a nutshell you control a singular clone who is part of a production line of goggle wearing miniature characters. However, rather than be a mere number your character is offered the chance to escape the routine and cause havoc amongst the factory where he has been created. What this means in gameplay terms is room after room of fiendish puzzles which start off quite basic and eventually become a taxing nightmare.

The game throws players into a tutorial level which sets the scene introducing the game’s basic controls and features such as jumping onto ledges, climbing through narrow vents, activating switches and hacking computer terminals. It also shows off the game’s light and dark feature where hiding or movement within the shadows prevents the many security bots, cameras, lasers and such like from detecting the player. There’s also an element of rescuing fellow clones as an additional optional objective which adds further puzzling to each level.

What’s neat about the game is the two tier playing; on one hand you have a free roaming area to explore which is divided into sections of increasing menacing difficulty. More of this vast area can be opened up once suitable gadgets are acquired – which are used to navigate. The other element are the actual challenge levels which can be played over and over and are tied to global leaderboards. What’s unique about the entire game is that death isn’t final, in fact being killed is part of the experience and learning from one’s errors to succeed. The choice then falls on the player to replay any of the test labs again to see if the time taken can be improved. Of course this is optional and mere surviving the levels can be a worthy challenge. As mentioned progression becomes extremely tough where the use of gadgets to aid movement and to press switches etc becomes paramount to success. There’s even moments where two characters need to be controlled simultaneously which can really test the mettle of the player. It’s all good though and quite logical with a foreboding sense of satisfaction when levels are cleared. In this regard the game is quite addicting, and interestingly not as frustrating as you would expect. 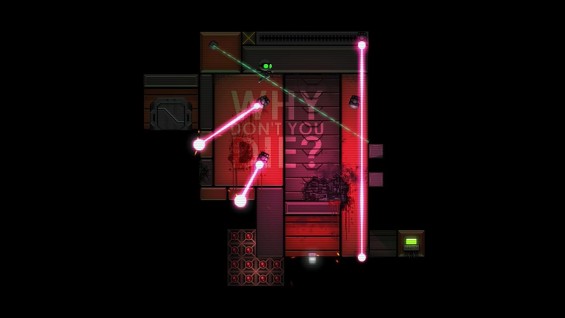 Visually the game uses a 2D side view with simple looking graphics to convey shadows and illuminated areas. There’s a lot of black as you would expect, but it does fit the game’s style well. There’s really nothing to complain about here as everything works as intended.

Audio is also simple and features an 80s style synthesiser based soundtrack that offers a real analogue moody flavour. If you’ve got some nice speakers then some of the sound effects might rattle your home with all that bass. There’s no speech here which is a shame but in reality the game really doesn’t need it.

In terms of length there are many levels to work through here (over 60) and with the difficulty being offered in spades means you’ll be spending a lot of time wandering about trying to escape. What’s neat about the game’s set up is being able to dip in for a few and not get too attached which makes it a great game to play if you’re limited on time and need a quick fix. Two players can also team up and tackle the game if desired but this is a unique feature of the Wii U version. 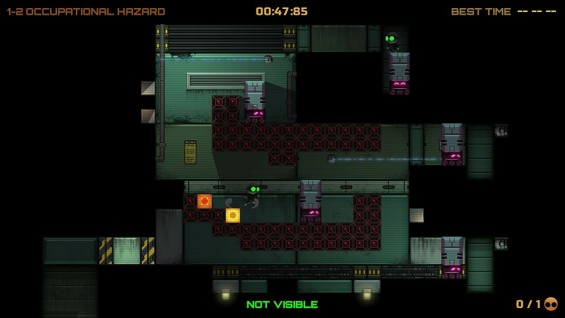 Stealth Inc 2: A Game of Clones is a worthy successor of the original featuring a vast array of puzzling platform moments that will test your patience and skills to the max. It’s ultimately a fairly slow paced affair but works well in this context as players move about each room with tentative steps. The game does become quite hard though and although initially can be enjoyed by most gamers, reaching the far depths the game has to offer will no doubt leave many in a state of giving up despite the logical premise. If you’ve got a head for lateral thinking and don’t mind a grey matter workout then this is well worth checking out. If you’re more in tune with silent kills and action based stealth then perhaps this isn’t for you. It’s a neat and clever game though which should have puzzle/platforming fans well challenged.