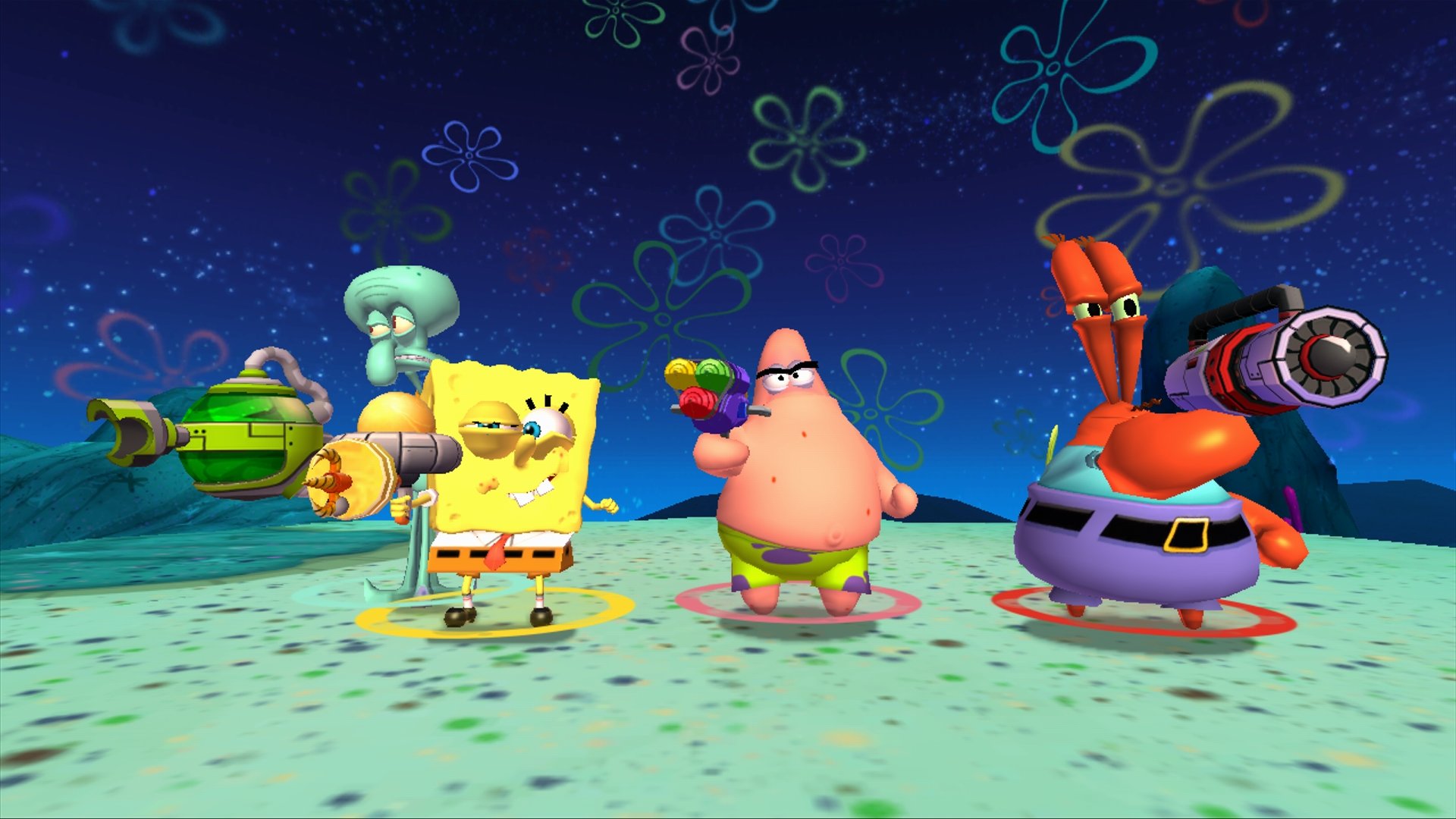 Activision’s Spongebob Squarepants game looks all set to woo fans of the animated show, but in terms of being a fully fledged game, how well does it hold up. Take a look at our Spongebob Square Pants Planktons Robotic Revenge video review for the full low down.

Today we’re taking a look at Activision’s Spongebob Square Pants Planktons Robotic Revenge video game, and to be clear, have to say from the offset that it’s obviously catered towards the younger gamer. If any hardcore gamers are to tackle the game they will likely find something that’s too easy and a bit lacking in content. So, from the point of view of a younger gamer, Spongebob’s latest video game outing offers some quick to master gaming that’s not short on things to aimlessly kill. Players hunt for keys to preserve a locked recipe from landing in the hands of the always plotting, Plankton. The robots are the mainstay of the opposition, hence the title, and offer plentiful moments to smash them to pieces – as this is what you’ll be doing from start to finish.

Spongebob Squarepants in a nutshell offers a game which is perhaps similar to old classics like gauntlet. Up to four youngsters can play together in co-op as they work their way through similar looking levels with the aim of taking down an end level boss before moving on to repeat the procedure. There are a few very minor puzzles thrown in for good measure, and free fall sequence to add a little variety.

Players can choose from one of several cast members from the animated show, and can engage in smashing up barrels and taking on various robotic turrets and such like. There are few variants of enemies, but each possess their own weaknesses, where some are even immune to weapons fire and need to be stomped. The main hook, aside from the very basic story is to collect pieces of. junk which can be used to purchase and upgrade weapons. These are all based on classic gaming weaponry but obviously using the same humour you’d expect from the show. So, things like bubblegum launchers are the order of the day. There’s quite a difference between each weapon, and there are moments when the use of one type is more favourable than another, but generally, regardless of what weapons are used, players can tear through the game with relative ease until the very last moments which up the ante quite a bit. For adult gamers, then obviously there’s little to no challenge here, but for the intended audience, it’s perhaps just right to not cause frustration and potential temper tantrums.

Graphically, the game retains a simple look to mimic the cartoon, but there’s simply not enough variety in the levels to make any have a lasting impact. Spotters might see the odd pirate ship floating in the background, but the rest of the detail is somewhat absent, making for a very dull looking game.

There are two cutscenes in the entire game, bar some moments where the gang team up to discuss what happens next in the story. Sadly, there’s no suave employed here as players are left looking at fairly static looking renditions of the characters as they talk. This is a  shame as this is one area that has so much potential given the source material.

The audio remains pretty placid, adopting some happy ditties to venture into, that are neither distracting or really having much impact on the game.  There are numerous spot effects, but the one liners from the cast during play are rather limited. A few more quips could have made for a fuller entertaining experience.

Sadly, there’s really not much to this game,  bar hunting down the achievements which requires beating the short levels, with each character so as to upgrade all their weapons. There’s no reward for progress or acknowledgement and is as bare bones as it gets. In some ways, the whole approach of the game undermines its audience as it overindulges in its own simplicity. Whilst, some fans will be taken in by the game – and four player local co-op is naturally fun to play – the rest of the potential game is absent, leaving a rather empty experience after the game is bested in a few hours.

Spongebob Square Pants Planktons Robotic Revenge is a fun , repetitive game for younger gamers, that’s easy to pick up and  play and even easier to understand. Fans will no doubt be pleased that there’s a game featuring their chosen character, but the content provided is severely lacking even for the game’s  budget price. Ultimately, it’s a lack of variation in the gameplay,levels, presentation and graphics that lets the game down considerably; coupling this with a severe lack of content overall, and perhaps you should think twice before paying full price for the game.