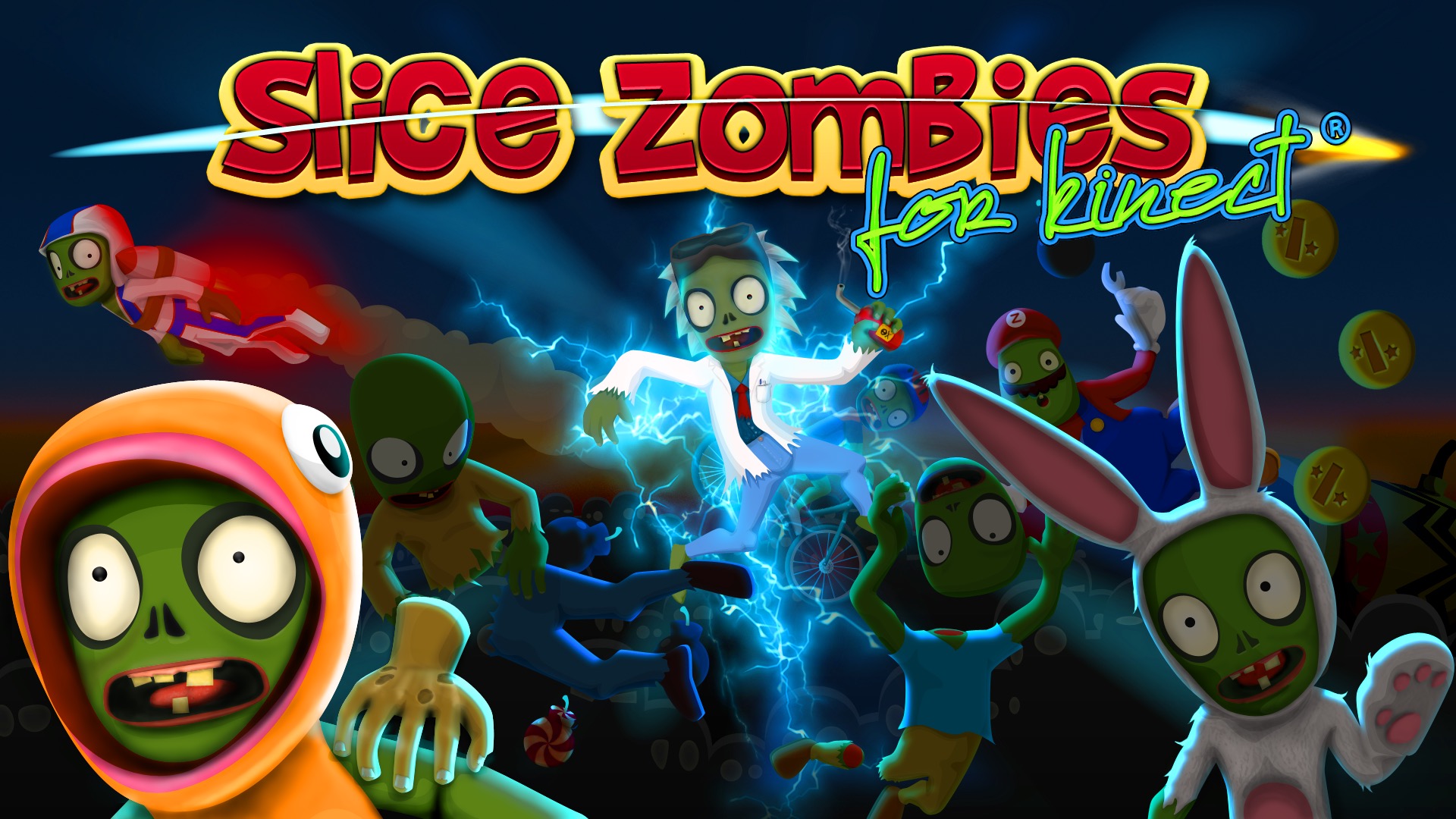 Zombies are killed by trauma to the head and most zombie movies or games really drive home that age old theme. However, nothing can be denied that hacking zombies up with a katana or other sword looks like pure bliss and makes you feel like a ninja warrior, just watch The Walking Dead’s Michonne and tell me different. Game developer MADE must have had this idea in mind when they designed Slice Zombies that utilizes the Kinect as you hack and chop your way through droves of zombies left over from the apocalypse. Kinect 2.0 hasn’t been as utilized this generation, but can the extermination of zombies be enough to lure people into putting down their controls for a little hands on action?

If you’ve played any Kinect games like Fruit Ninja the game mechanics are simplistic and have you using your arms and legs to slice at a variety of zombies that fly across the screen using jet packs, teleport or floating on balloons and coins. Coins that are sliced go into a bank that you can use to purchase in game items from the shop like backgrounds. Even though there isn’t a tutorial for new Kinect users, trial and error works quickly as you rack up combos by chopping off different parts of the zombies, hitting power ups that are in the form of zombie hands that crawl across the screen and avoiding bombs. The concept (even if it has been done before) is simplistic and entertaining, but one major flaw brings the entire game come to a screeching halt….the controls. Any game that relies solely on motion based controls yet fails to implement them without major flaws is going to have a host of unhappy players. At times you’re chopping apart zombies with precision accuracy and the next you’re arms aren’t even registering on the screen or nowhere close to your target. The tracking seems to work well around the center of the screen, but when you’re aiming for the perimeter things get worse and won’t even register. This problem occurs even on the home screen when you’re just trying to enter the game. 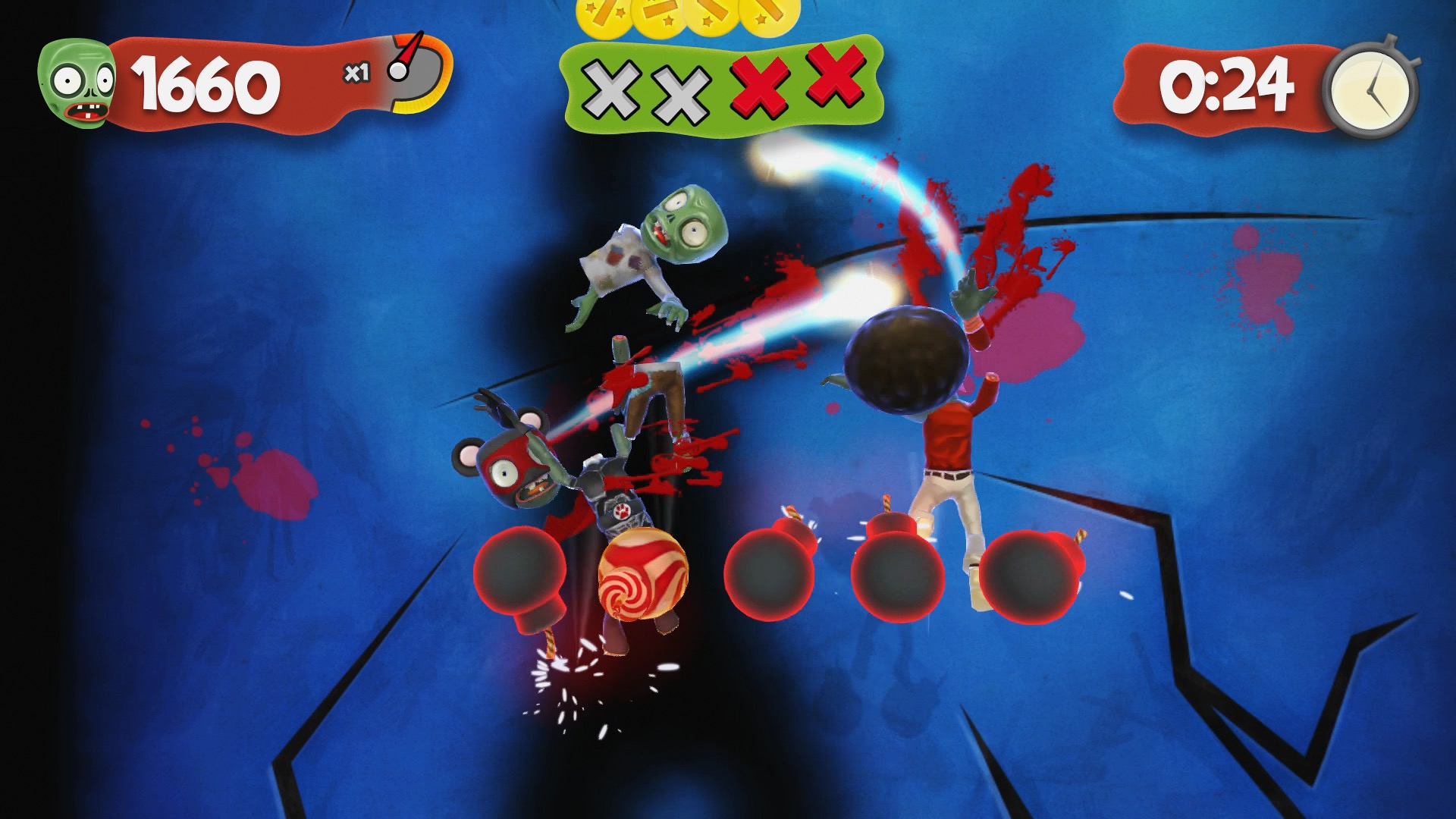 Another knock against Slice Zombies is the lack of game modes or multiplayer. There is only one mode that has 21 different levels that vary in difficulty and last a little under 3 minutes each. It can feel like a grind to make it to the last level if you’re not in it for the achievements, but if you do spend a little over an hour you’ll rack up an easy 1,000 gamerscore. Kinect games have always been about local multiplayer and with no option for anything other than solo play there isn’t a lot of reason to come back for slicing up more zombies. Visuals are bright and colorful which appealed to my little brother hopping on and doing most of the work of playing the game for the review. There’s nothing spectacular in the sound department either, but the upbeat music has you want to keep pace with the tempo of the game. 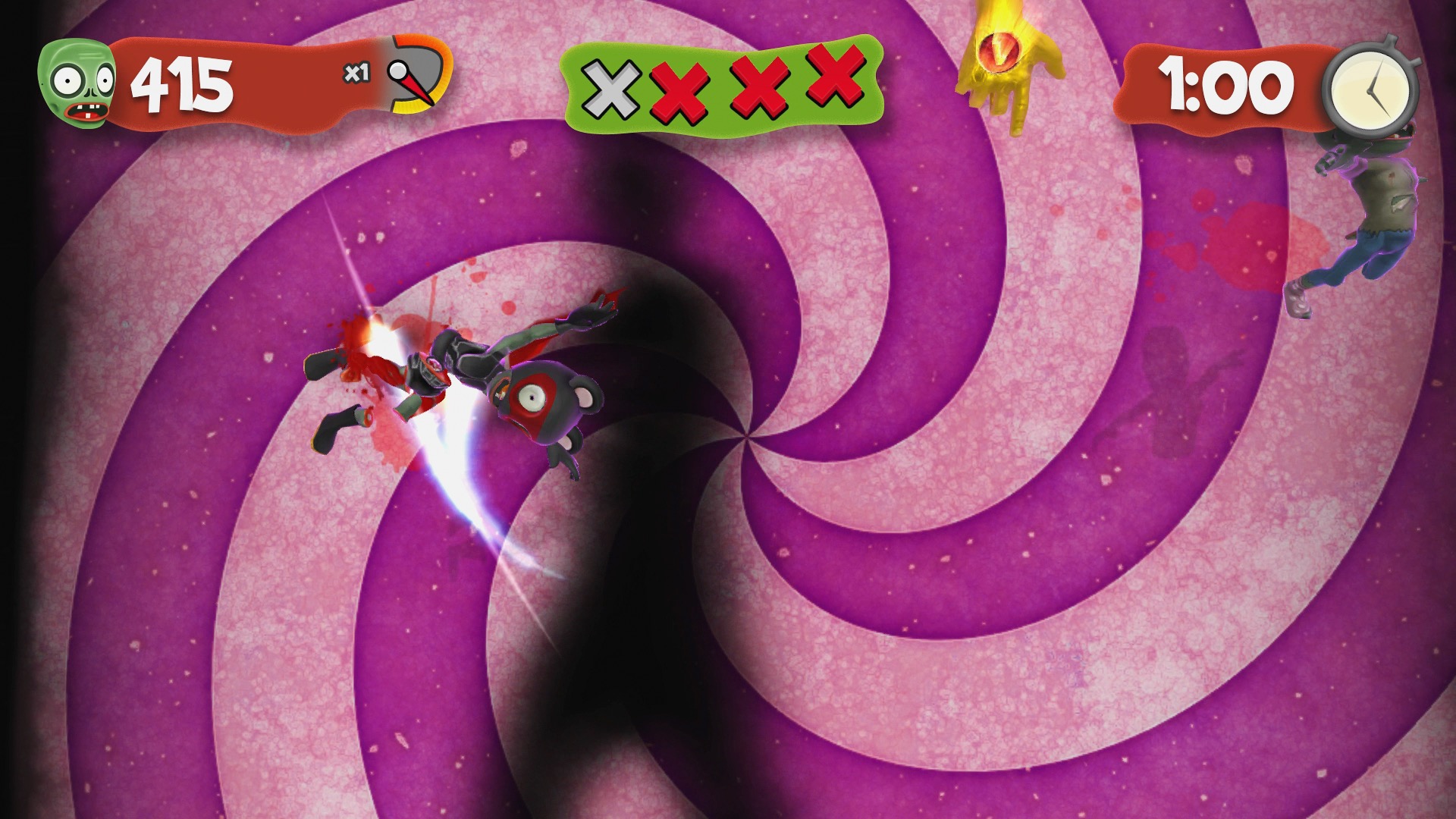 The overall impression of Slice Zombies is “been there, done that”. A $10.00 USD price tag is pretty steep for a game that doesn’t give the player great control with the Kinect, limited depth and no reason to come back and play unless you’re entertaining kids under 10 years old. Visuals and sound are just run of the mill, but when stacked up against the rest of the game’s flaws it’s hard to make a case where Slice Zombies is a must buy for any Kinect owner. You can find better options on the marketplace that actually work like they should or spend a few extra bucks and going after a game like Kinect Sports. I’d rather have my brain eaten by zombies than sit through another lackluster session of trying to slice and dice zombies and coins.