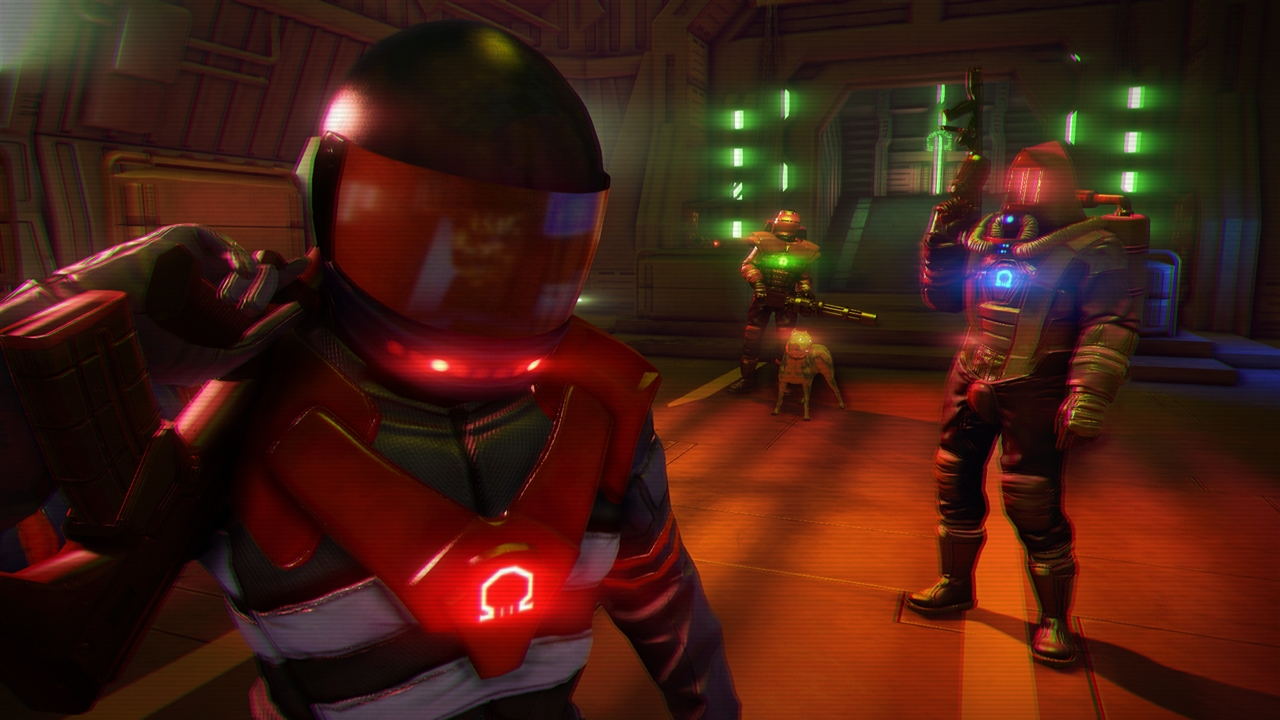 I’ll be honest, no matter how cool Far Cry 3 was and how expansive the world , the sandbox playground got a bit old after spending so many hours performing the same actions over and over. In fact, the same could be said of a lot of games that use a similar formula. However, instead of simply saying, let’s make some DLC for Far Cry 3, add a few new characters and a story that sits within the expected universe to appeal to fans wanting more of the same, Ubisoft decided to step out of the comfort zone and do something entirely different. Perhaps its a big risk alienating the die hard fans who most likely would gladly pay for some extras to the content they know and love, but at the same time, their move is ballsy and makes sense. 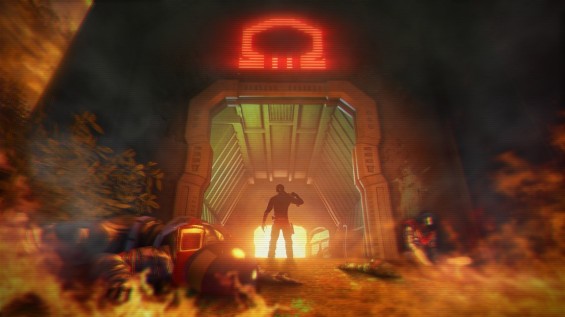 Far Cry 3 Blood Dragon goes off on a tangent, and despite sharing the name of its forebear, the outcome is so far removed; although it isn’t. Having played 40 minutes of the demo it’s clear from all of its disjointed and throwback isms. the game is still Far Cry 3, and anyone who has spent time with last year’s release will feel right at home. However, the cleverness at play here sits within the design and concept. Forget the added humor, the old school vibe, the nods at popular movies from the 90s and focus on the fact that with the parameters already set from a great game, the heads at Ubisoft went ape and came up with a good use for the assets they already worked hard on over the last few years.

From playing the demo, the ideology behind the game works and is a refreshing change from the status quo of video game add-ons, but the question I have to ask is: is this something more developers should do, or more importantly could get away with? I might be a little premature here assuming that Blood Dragon is going to do well (I suspect it will garner legions of fans) , and if it does, then should other developers take note and make their own spin off games from their franchises – injecting a bit of extra mileage from the tried and trusted. Imagine Assassin’s Creed reinventing itself from stealth assassin adventurer to pirating vagabond killer – oh wait… that already happened – bad example. You get the drift; using the same assets to form something entirely new without making an entirely new game is welcome in my book, and keeps a series from becoming too predictable – although admittedly Blood Dragon’s announcement did come squarely from the left field. It can work if a bit of imagination is used, and this is something developers surely have in spades – the question is can they sell their ideas to those pulling the financial strings, and more importantly to the gamers who will be parting with their cash. I guess this is the struggle developers face. 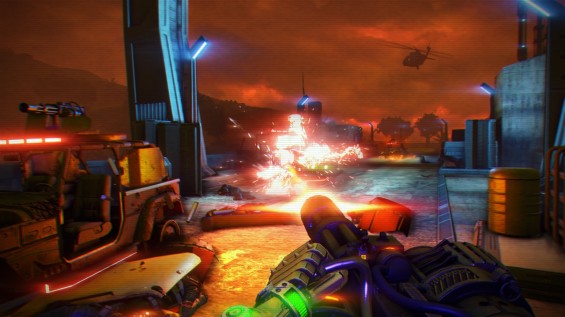 Blood Dragon is simply a great example of how to create a spin off game, and I think something other developers would do well to look at. Sure, it’s not the first game to do this, but it has at this juncture made me (and no doubt many others) sit up and take note of the possibilities. Now if Ubisoft are brave and wealthy enough to take the risk, let’s see some others follow suit. This kind of adaptive and obtuse approach is perhaps what the industry needs right now. Far Cry 4 can wait for the moment.