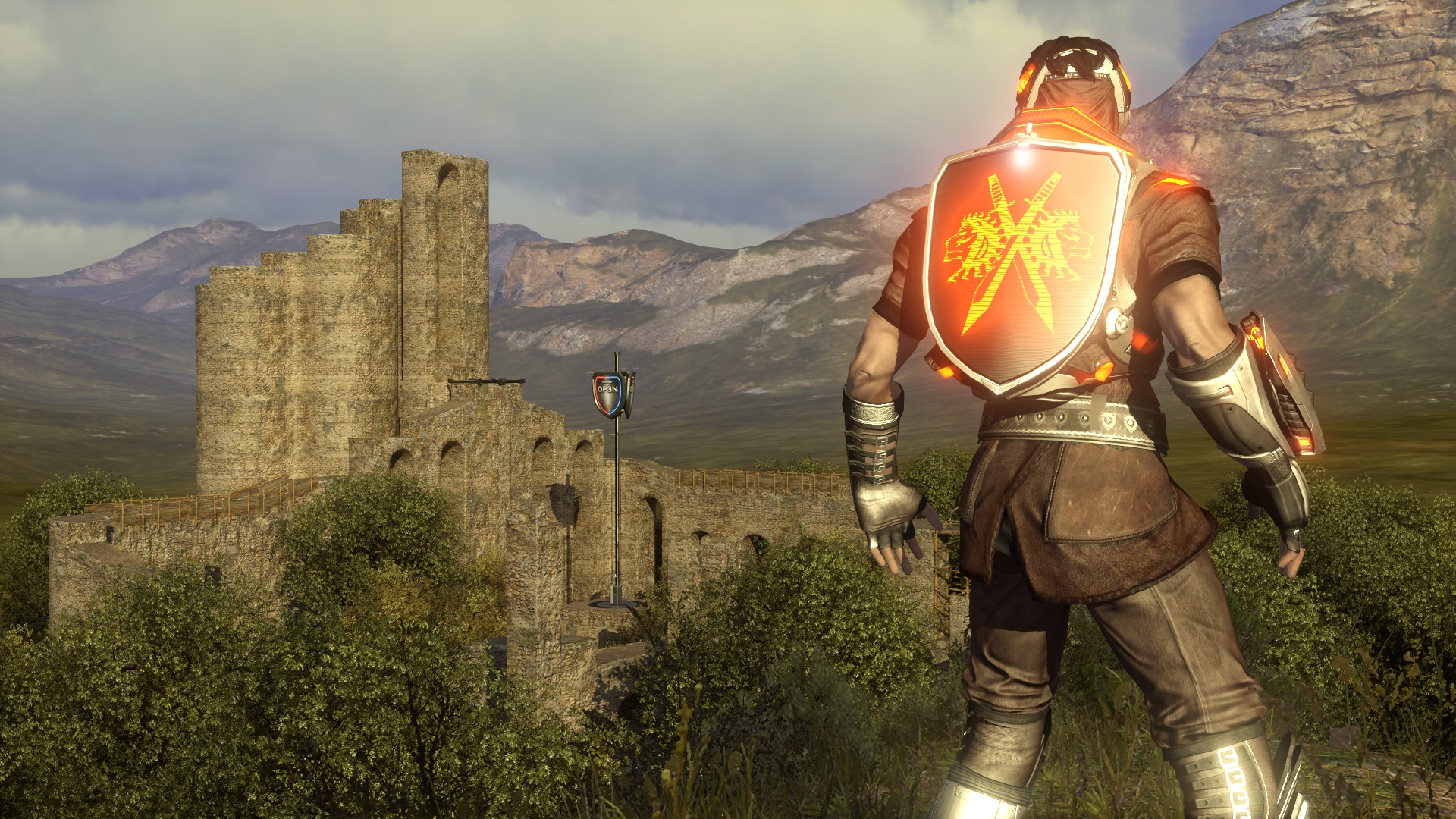 Today we’re taking a look at Ubisoft and Nadeo’s fast paced back to basics first person shooter multiplayer game which is as addictive as they come and follows on from the popular Trackmania.

The premise is rather simple here as players jump into to servers and simply blast their way through the competition. There are several default modes which include the basic battle royale style mode which seems to the most accessible and popular, various capture the base style modes and even some variants based on user created themes. To be honest, the standard battle mode is perhaps the most engaging as players vie for the top spot after various rounds. Players warp into the map armed with a basic projectile based weapon and simply duke it out until one man, or woman survives. There’s a twist though because once a central pole has been activated by any player brave enough to do so, the map begins to enclose on itself with a deadly tornado around the edge which when touch equals instant death. It’s a clever mechanic because it forces the remaining players to not only actively seek each other out but forces players into the central part of the map to avoid camping and simple time wasting. On a negative side, if players are taken out early on then they have no option but to spectate which can be a little frustrating. Luckily rounds don’t last long thanks to the pole activation.

So, the idea of the gameplay is to shoot the opposing players whether that’s in team based modes of the battle royale all against all. Now there’s a few tactics to be employed which are reliant on the maps themselves which come in all manner of shapes and sizes. Some maps offer more open experiences where water hampers movement, whereas others offer more verticality as players can boost jump to higher ground. There’s a wide variety of maps and what’s also neat is being able to create your own fairly easily.

Players are given a shield which takes only so many hits and weapon which needs to recharge but can fire quick bursts or single shots – two other weapon types become automatically selected depending on where you are in the map – a grenade type weapon is activated when indoors for example. The tactics lie in how weapons are fired under specific scenarios for example, shooting off a burst at long range can net rewards but getting into a face off with another player might leave you exposed if you’re waiting for a recharge and can only fire off a single shot.

There’s also a lot of jumping involved depending on play style but this poses its own set of challenges which might make you a harder target to hit but makes movement a little more predictable. Players really have to shoot where they think their opponents will be such is the nature of the weapon in the battle mode. There’s a bit more variation and some twists to the basic formula in the other modes on offer.

Shootmania looks quite basic but runs fairly smoothly as players move with quite a pace and perform all sorts of environmental based moves. Even on highest settings, the game won’t push the hardware too much which is a good thing, although for the type of game a solid internet connection is an advantage.

Shootmania offers a compelling and simple shooter to while away the hours and with detailed global leader boards which go as deep as ranking players in their home towns means there’s always something to strive for. The game’s simplicity is its greatest asset as the one more go factor is strong here but there does seem to be a lack of overall players at this time. It’s obvious the game isn’t for everyone and perhaps relies more on its community aspect which its predecessor heralded. Shootmania isn’t likely to challenge any of the Call of Duty franchises, but being simple does make for a welcome change.

Shootmania is solid entertainment but seems like it needs more time to grow. If you like old school style shooters with a bit of customization then it’s worth checking out.