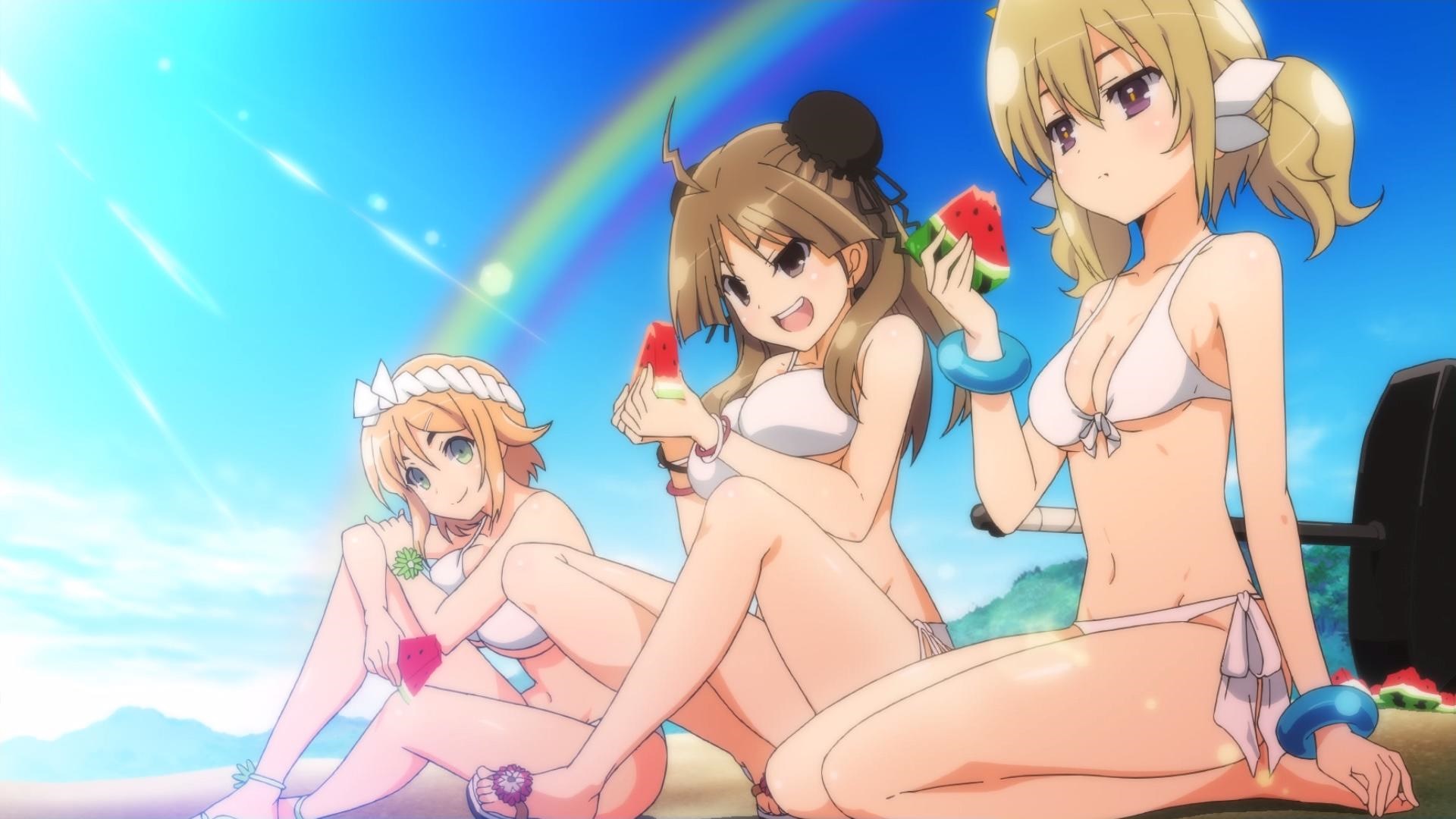 Marvelous Games has released its second Senran Kagura game from the PS4/PS Vita onto the PC platform much to the enjoyment of fans following on from Shinovi Versus. Senran Kagura Estival Versus hit the PS4 about a year ago to the day and the PS Vita version a year before that so there’s a bit of a pattern here. It has to be said right out of the gate there’s little to no differences between the PC version and PS4 offering and if there is then we can’t spot it. Aside from being able to up the resolution to native 4K and some options with locked frame rates at 30 or 60 fps, Anti-Aliasing and filtering the two games are identical. You can read our Senran Kagura Estival Versus review on PS4 over here. 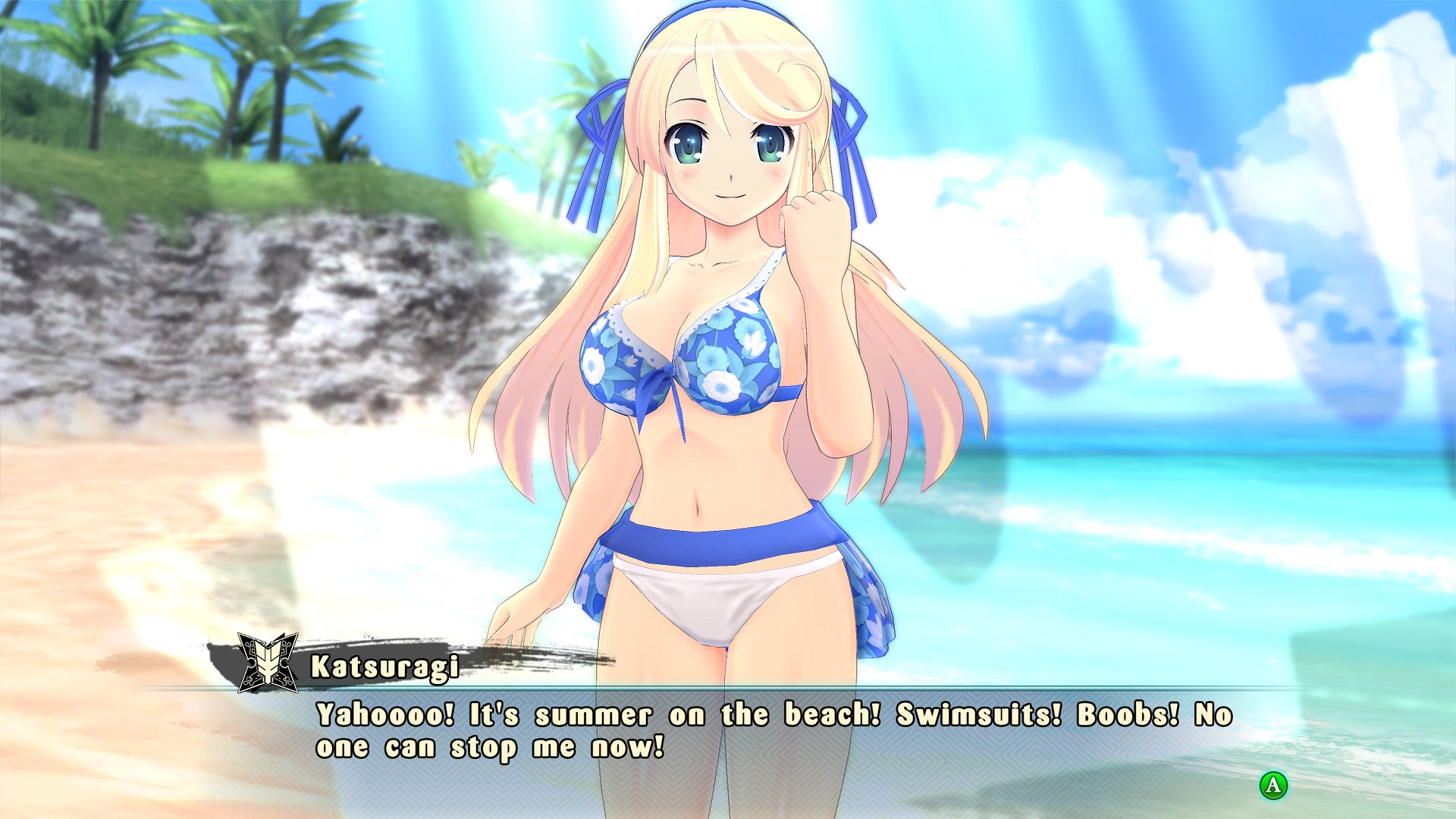 So in a nutshell you’ve got a game filled with buxom young girls who pose as schoolgirls but are in fact shinobis (female ninjas). It’s a very “Japanese” excuse to get into fights with each other and rip off their clothes revealing plenty of flesh. Now although on the surface it might all sound a little bit pervy, it is in fact a fun and extremely humorous game to play. Obviously if you’re a bit of a prude then the content might be objectionable but for its intended “adult/teen” audience it’s a bit of harmless fun where the developers [Tamsoft] not taking themselves so seriously shines though quite noticeably. On the other hand, this is quite a fan-service game for those players who like a bit of anime titillation because there’s plenty of options to play dress-up and then mess around with various poses to make your favourite characters look all sexy like. The bottom line is Senran Kagura has been around for some years now and much like Tecmo’s Dead Or Alive series has built up a loyal following. Marvelous are well in tune with their fans hence why we’re here with the PC release a year after the PS4 version.

Playing the game you’re offered the choice of jumping into the dressing up portion of the game right away, although playing through the story (Kagura Millennium Festival) will unlock additional items of clothing, accessories and more unlockables such as artwork, audio files and video footage. In the dressing room you can tailor each of the fighters how you want, although most fans will be fully aware of their default uniforms, so if you wish to remain faithful to the source you can always colour swap rather than change their looks entirely.

The story mode takes place over 8 days and is filled with various scenarios most of which are tongue in cheek affairs told by way of some crazy dialogue followed by a gaming sequence involving fighting. You’ll either be going toe-to-toe with large groups of enemies or one on one (or more) against the other ninjas. What’s neat is that each girl has her own fighting style so there’s very a marked difference in how you play with some being slower and more powerful and others nimble and weaker. You’re encouraged to rack up huge combos which can be chained together for maximum damage (and XP once the mission is over) via aerial juggles. As with all the games in the series players can tactically transform from their usual schoolgirl appearance into a their shinobi form. It’s here where players are treated to a quick change sequence which usually flashes a bit of skin although most nudity here is quick and covered in all the right places. It’s a fun distraction but also an important part of the gameplay as transforming offers a refilled life bar which means if you’re taking a beating is very much a potential life saver. 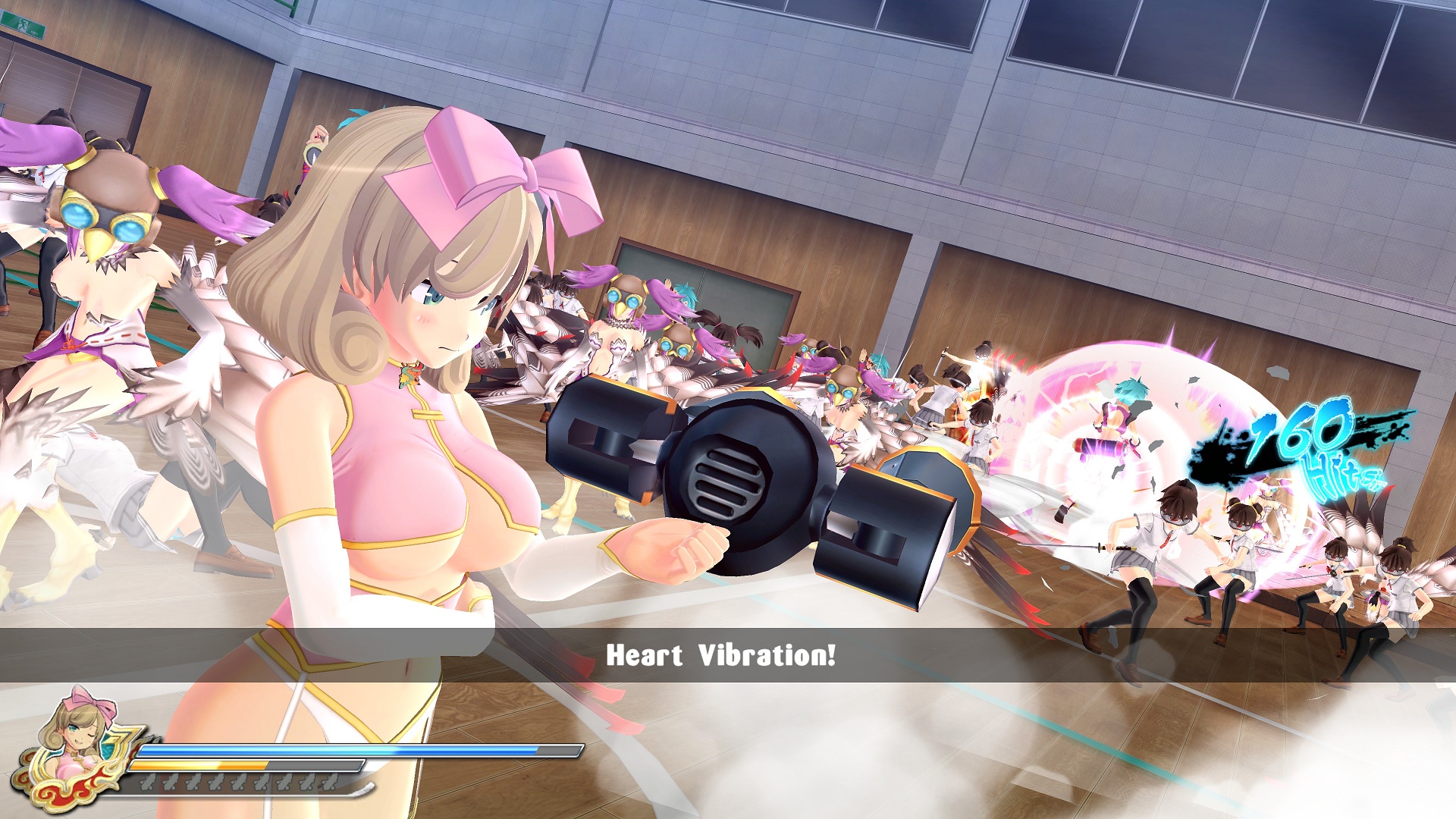 Aside from the story there are unlockable Girl Heart missions which can be gained by destroying festival towers which are hidden throughout the story levels. The extra missions ramp up the difficulty and have their own mini-stories. There are even more challenging Special missions which further add madness to proceedings outside of the main story.

In terms of visuals the game looks pretty sharp and colourful although due to the art style there’s very little difference between 1080p and 4K. Regardless, the game looks and plays great especially with the silky smooth 60 frames per second option enabled. However, it’s not all plain sailing and smelling of roses as the same issues which plagued the PS4 version are here as well which include unnecessary walls which block you off from fully exploring the maps which in turn can get enemy AI stuck. Some poor camera angles can result in losing sight of the player character which is a bit of pain at times.

Audio is of a good quality with some great sound effects but the voices are great largely because the original Japanese voices are used with English subtitles. Music is pretty standard fare though and doesn’t really stand out much and in some instances can begin to grate when not sounding like elevator music.

Players can sink quite a number of hours into each story mission, level up their chosen characters and up the difficulty replaying missions again and again. There are unlockables to strive for but the reality is most of the single player revolves around the same combat missions repeated. For those brave enough there’s the choice to go online and battle it out against other players in various modes including Capture the Bra and Queen of the Hills to name a few. You can create rooms of up to 10 players which is quite something when you’re all battling it out.

Senran Kagura Estival Versus was fun to play on the PS4 and is equally as fun on the PC. There’s some new content available via DLC for all platforms to accompany this release but the core games are pretty much identical in every way, in terms of looks and how they play. So, as before if you’re a fan of tongue in cheek hack and slash fighting with buxom girls and lots of weird dialogue between story missions then this is a fun albeit shallow game to pick up and play in small doses. There’s enough content to keep you occupied but there’s certainly some element of repetition to be mindful of. With bright colourful looks and larger than life shinobi girls with bouncing boobs and slappable butts a plenty what more could you ask for? If you want to play dress up with your most prized characters and tickle them pink in the process then that’s an option too. Oh my!