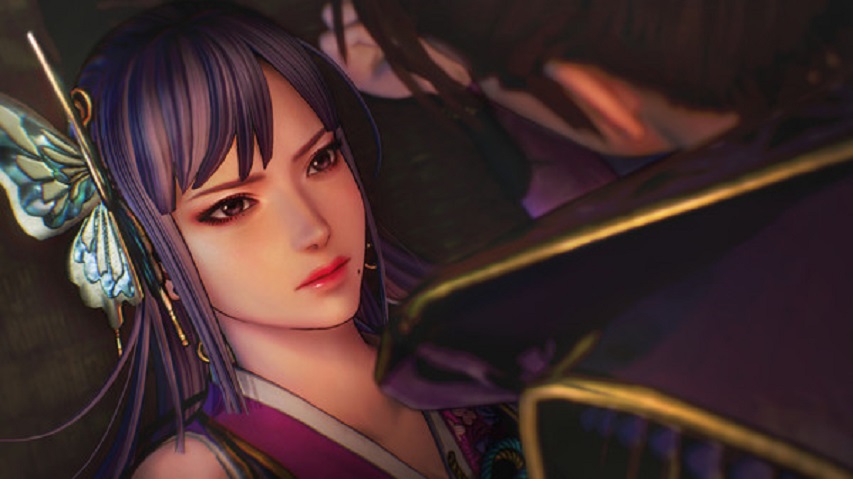 Omega Force released their latest Musou game on PS4 and PC. Take a look at our Samurai Warriors 5 review (PC version) to see if it’s worth diving-in.

When I imagine the Omega Force office, I have to believe that “If it ain’t broke, don’t fix it” is written (in Japanese) on a wall in the lobby.

The Warriors series has been with us for nearly a quarter of a century now and has taken many forms from Chinese history to Persona 5. One of the more popular variations on this theme has been Samurai Warriors, a gamified dive into feudal Japanese history. Despite the number at the end of its title, though, Samurai Warriors 5 is more of a reboot than a continuation from Samurai Warriors 4. It’s hard to say how long-time fans will take to this, but as someone who enjoyed the offshoot games more than the historical ones, there was a lot here I found to like.

After two and a half decades and more than fifty games, it’s hard to believe anyone may not be aware of how Warriors games play, but if you’re one of the few people just now hearing about the series, Samurai Warriors 5 follows in the footsteps of its predecessors as a third person action game by putting players in the role of an extraordinarily powerful character battling against hundreds of pitifully weak enemies. Each level is a battlefield with enemy camps to capture and objectives to complete. While some enemies are certainly formidable enough to defeat a careless player, most of the game’s challenge comes from said battlefield and its objectives. Whether it’s completing a certain task within a time limit, preventing an enemy goal, or capturing a specific enemy base (or holding one of your own), much of the game’s difficulty comes from the objectives in each level.

There are almost 40 characters to play as throughout the game and unlocking each one as you progress through the story enables you to play any completed level with any character that you’ve unlocked. As you play these characters, you can level each one up and improve their weapons and customize their skills. While the basic premise remains the same and is largely unchanged, there are also some additional game modes that will push the game from a 25-30 hour experience into a 40+ hour experience depending on how much you enjoy the grind of maximizing your roster of historical bad asses.

One of the most eye-catching changes to the fifth instalment of Samurai Warriors is the change in the graphics engine. While the art style itself hasn’t changed very much as far as the character’s designs, the bold and bright color palette really pops in Samurai Warriors 5. Character models in particular have shifted to an almost a cel-shaded style that reminded me a bit of Dragon Ball FighterZ or Guilty Gear, but with heavier lines and less of an anime focus. Special effects for the equally special attacks really light up the screen as well, and now more than ever I think a Warriors game has become as much of a visual feast for the eyes as it is a fun escape into an arcadey, beat-‘em-up action game.

In this writer’s opinion, the weakest component of the game is its soundtrack and voice acting. The soundtrack is adequate and certainly inoffensive, but it has a lot less oomph to it than the soundtracks in the other Warriors’ games I’ve enjoyed. I think that this is a fair, but difficult criticism, since the soundtrack sounds to my ignorant American ears to be period appropriate and suitably Japanese, but it nonetheless made a less engaging listen for me than some of its sister entries. Similarly, and this is an extremely subjective opinion, I just didn’t enjoy the Japanese-only voice acting. I can’t objectively criticize or praise it, I can only say that it is certainly Japanese and I am a filthy connoisseur of dubs.

Samurai Warriors 5 is not going to win over anyone who disliked the Warriors games before it. If you didn’t like the series before, you won’t like this entry, and if you did like the series before, you’ll probably love having more of the same. The only factors I can see swaying fan opinion are that it’s a reboot with a smaller roster, and it has a shift in graphical style. However, unless those small changes evoke an unreasonably strong reaction from Warriors fans, this is a definite buy for anyone who loves the series and a fun experience for anyone who wants to take a colorful character (of questionable historical accuracy) and smack around a few hundred soldiers foolish enough to stand in your way.