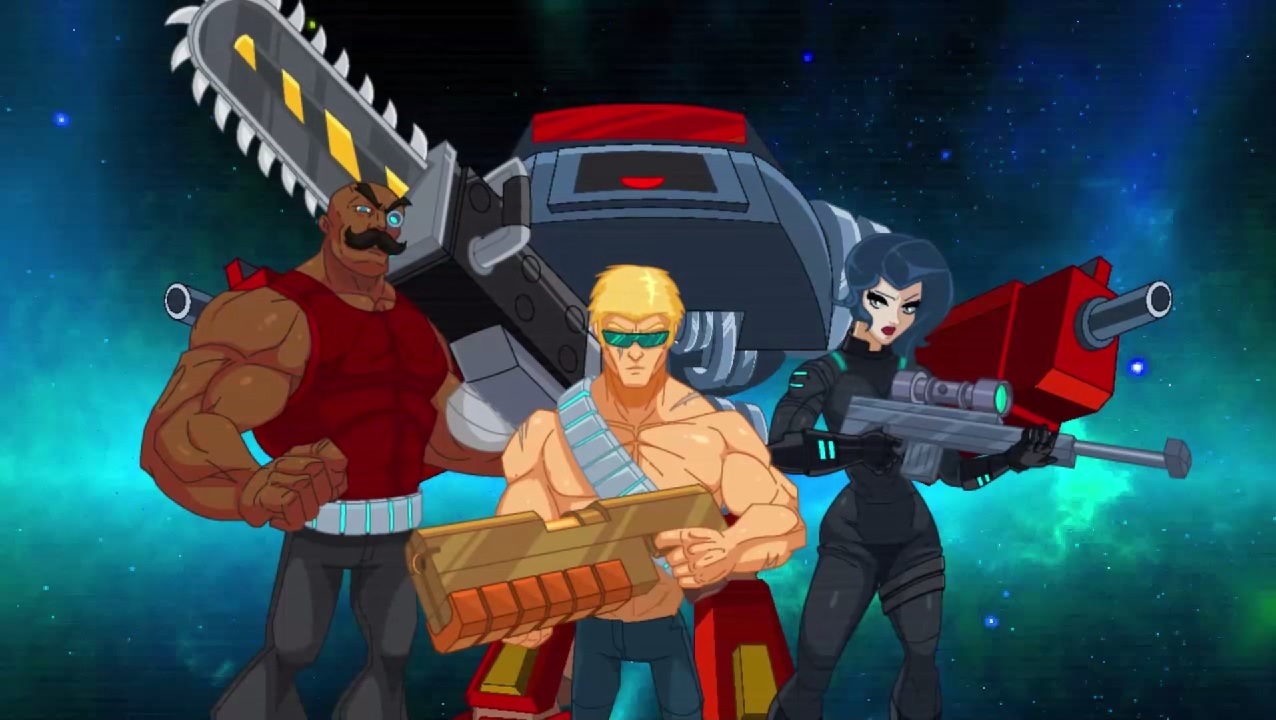 Australia based Surprise Attack Games & Rocktastic Games presents a new rogue like shooter entitled Rogue Continuum which is coming to PC via Steam and is also planned for consoles (although which haven’t been finalized yet). This looks like a fun top down shooter with minor RPG elements worth keeping an eye on when it arrives this September. For more details visit the official website.

Rogue Continuum tells the fantastical tale of four borderline psychopaths as they travel back in time to prevent the destruction of Earth the only way they know how – by killing all the possible alien culprits before they have a chance to do the dirty on our home planet.

With a persistent progression system, unique characters, each with their own specific abilities, weapons and play-styles and up to four player co-op, Rogue Continuum is a barrel full of crazy.

In development for over a year under the name, Space Sluggers, Rocktastic Games and Surprise Attack are launching the freshly renamed Rogue Continuum into Early Access to continue development in conjunction with the community. The Early Access launch will feature all four characters and core features but with local multiplayer only. Regular updates on the way to the full launch in 2016 will add online multiplayer, more environments, characters, weapons, enemies and items.

Lucky gamers attending PAX Prime this weekend will be able to get hands on with the game at the Surprise Attack Games booth (#6021).

Co-operative roguelike planet crawler
Travel back in time to save Earth from destruction
Persistent progression with skills, stats and weapon upgrades
Coming to Early Access in September 2015 for PC and Mac
Full release on PC and consoles in 2016
Appearing at PAX Prime on the Surprise Attack Games booth