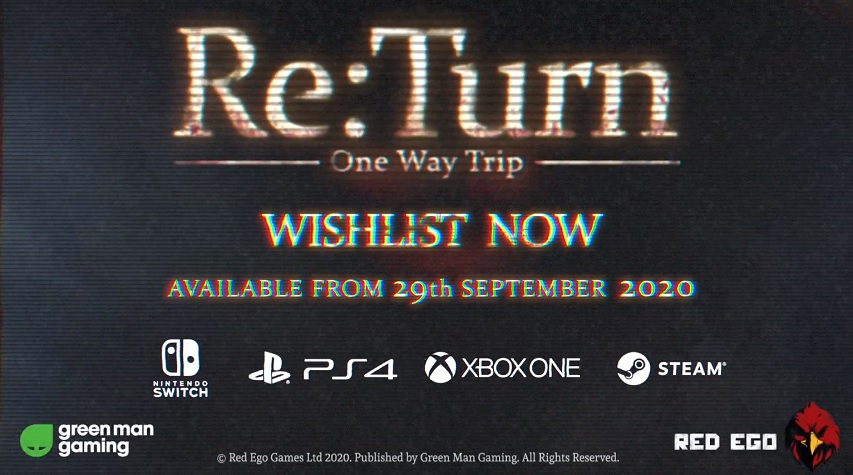 Green Man Gaming & Red Ego Games presents a new 2D side scrolling adventure game Re:Turn – One Way Trip for consoles and PC. The game releases on September 29th, but players can sample a demo before then via Steam this month.

Re:Turn – One Way Trip tells the terrifying story of five college friends on a post-graduation vacation. When protagonist Saki awakens in the middle of the night to find that her friends have disappeared from their campsite, she is soon lured to an abandoned train – standing silent, as if it has been waiting for its final passenger to board.

Barriers between the past and the present start to dissolve as players delve into the complex mystery of locating the missing friends and unearthing the train’s deadly secrets.  Escape otherworldly horrors and unrelenting terrors as players use their wits to tackle tricky puzzles and piece together clues to survive, all whilst holding their nerve with a tension-building original soundtrack.